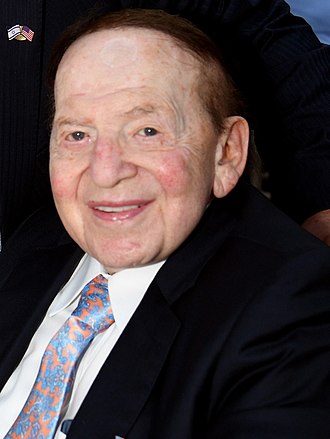 As a regular reader of the Jerusalem Post, I am constantly astounded that so much valuable “real estate” would be given to former Prime Minister, Ehud Olmert, with a half-page column every Friday. Indeed, having served as mayor of Jerusalem and Prime Minister for many years, Olmert has unique insight and experiences, many of which average readers might actually find of interest. Yet, rather than sharing his insights, his column, almost without exception, just provides a way to bash incumbent Prime Minister Netanyahu and his supporters, for whom Olmert also has no shortage of venom as collaborators.

It’s not to say that there are not any number of very real criticisms of Netanyahu. There are. However, it gets old and tiresome, week after week, no matter the purported topic, to have the same inevitable conclusion.

It’s a shame that Olmert rarely offers any unique insight from his actual experiences in the roles to which he’s been elected. Having spent time in prison, Olmert might have valuable and unique insight, even thoughtful and humble introspective, which might actually enrich Israelis. But even in an article following the death of former Egyptian President Mubarak, Olmert couldn’t resist bashing Bibi. From a journalistic perspective, when one op-ed after another ends more or less with the same conclusion of Bibi being all-bad, and the first 80-90 percent of that article just leading up to his same and inevitable conclusion, one would think that someone would think enough is enough already.

As we near the shloshim, the end of the 30 days of (family) morning following the death last month of Sheldon Adelson, it’s time to challenge to Olmert’s recent inappropriate op-ed about Adelson. Olmert crossed so many red lines in a repugnant posthumous lynching of Sheldon Adelson that it cannot go unchallenged. He was not just inappropriate, but cowardly in writing something like he did, and to which Adelson cannot respond.

Olmert accuses Adelson of trying to “buy the (US) presidency.” Olmert writes of their meeting when he was Prime Minister in such a way that. Despite his advisors counseling him not to do so, Olmert being the bigger man he wants us to believe he is, graced the Adelsons with a meeting anyway. One would think if he could have spent as much time as he did with Morris Talansky, that a meeting with the Adelsons would not be as a big deal as he makes it. Not to mention of course that Dr. Miriam Adelson is an Israeli citizen.

Olmert wrote about their meeting, “Adelson tried to pressure me not to give up any Israeli territory,” as if Adelson was the only one who opposed Olmert’s eagerness to offer Palestinian President Abbas almost everything he was asking for. Israeli citizens disagreed then (and still do) with Olmert’s offer, and expressed themselves.  Why is the Adelsons doing so something that tens of thousands or more Israelis also did, albeit without access to Olmert personally, something he considers an indictment of them?  Maybe he’s just angry because he couldn’t shake down Adelson.

At least Adelson used his money for good. Olmert acknowledges as much, writing that he “contributed much to a variety of Israeli organizations.” Olmert, on the other hand, is a convicted criminal who took bribes for his own personal benefit, and double billed nonprofits for travel expenses, essentially stealing from organizations which raise precious funds to support the Israel he claims to love better than Adelson. But Olmert no doubt knows better from the perspective of his superior soapbox, and that he’s alive to express this.

Olmert’s view is that Sheldon Adelson wanted to hijack not just Israeli politics, but US politics as well.  Change Olmert’s words a little and one could find a cooked-up plot in his words as nefarious as the Protocols of the Elders of Zion, with Sheldon Adelson as the main culprit.  Accordingly, and perhaps most outrageously, was Olmert’s “prophetic” slander of Adelson, that we are meant to trust his vast insight, believing that “If he could have, Adelson would have been there among the hoodlums who invaded the US Capitol building.” Really!?

I am sure that Ehud Olmert has interesting and valuable stories to share, however he doesn’t.  He just pontificates that everything that’s bad about Israel is because of Bibi, and cohorts like Sheldon Adelson.  We don’t need Olmert as Israel’s historian-in-chief, and surely don’t want him of all people as our moral conscience.

Olmert’s scourge should never have been printed. It’s absurd to give Olmert prime column inches as a voice for his disgruntled premiership in exile.

As Olmert self-righteously echoes Shakespeare’s “I come to bury Caesar not to praise him,” he should remember that Shakespeare truism, “the evil that men do live after them” applies to corrupt tarnished leaders today as well.