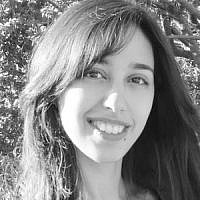 How did Einstein’s brain functions influence his discovery of the General Theory of Relativity and what can be learned from it about the true purpose of prophecy?

According to Jungian based Psychology, each human mind possesses eight different mental functions, whose order determines the way through which each person’s reality is uniquely perceived and judged.  While there is no unanimity among psychologists over the question of the precise order of Einstein’s brain functions, there seems to be a consensus on one thing – Einstein’s primary perceiving brain function was intuition.  In other words, Einstein perceived the world primarily via his intuition.

During a conversation with another person, for instance, we might be so unconsciously tuned in to inferring hidden meanings from the background processes of that individual’s behavioral dynamics that we are able to “read between the lines”, discern underlying motives, thoughts and emotions, and perhaps even anticipate that person’s next move.

The role or purpose of intuition can therefore be defined as: interpreting present reality based on the intangible data inferred from beneath its surface.

How it works – Noticing Patters and Connecting the Dots

One of intuition’s primary processes is that of “connecting the dots”: unconsciously picking up on hidden patterns from seemingly disparate arenas, identifying common threads between them, and finally assembling the pieces of the puzzle together into a “big picture” (that often ultimately reveals meaning).

Understanding this may help us better appreciate Einstein’s perceiving function, for without it, his incredible intellect alone could probably not have soared as high as it did.  Perceiving how the seemingly disparate and intangible elements known as time and space are inherently interconnected or interwoven into what has become known as the “fabric of space-time”, the ability to synthesize the seemingly paradoxical and grasp its abstractedness with enough clarity that it can be mathematically expressed, are all the works of intuition.  Einstein was able to peer behind the scenes of tangible reality and reveal the essence found in our current existence.

Intuition’s primary purpose is not foretelling the future, but rather interpreting the present.  However, as we unconsciously pick up on hidden patterns, whether in the world around us or inside of our own psyches, we are sometimes consequentially able to “foresee” future outcomes, or at least have a sense of how things are going to play out.  This, by the way, is not a supernatural phenomenon, but a byproduct of a fine attunement with the behind the scenes patterns of reality.

In most cultures, prophecy is associated synonymously with the future. However, the majority of ancient Hebrew prophecies did not deal with foretelling the future, as this was never their purpose.  Much like intuition, prophecy was actually about revealing the real meaning behind current events.  Its role, therefore, might be defined as exposing the correct internal interpretation (rather than people’s subjective view) of present reality.

For example, in the days of King Jeroboam, the Northern Kingdom of Israel enjoyed diplomatic and economic success.  The people of the kingdom saw this prosperity as a sign that of their society being “on the right track”.  If there is good fortune to the land and its people, then logic, common sense, and even the tenets of their faith (that God gives prosperity to those who are righteous) all viewed national success as a sign of their virtue.  Yet, the prophet Amos was not impressed nor blinded by the “facts on the ground”.  Amos was able to peer behind the scenes into what was taking place beneath the surface, and see the rotten moral foundation hidden just behind superficial acts of virtue. [3]

The real reason for dismissing the prophets

Although mainly concentrated on interpreting the present, Amos was also able to foresee that if proper changes were not instituted, a calamity would befall the kingdom, eventually leading to its destruction.  However, the people of Samaria (Israel’s capital) dismissed Amos’s words, as his interpretations seemed out of touch with reality and inconsistent with the “facts on the ground.”  The Israelite “political analysists” of those days were likely to determine that no danger is apparent from the neighboring civilizations, Egypt and Mesopotamia. Yet, as Amos was able to transcend the immediate context of existence and ultimately identify the underlying principles at the base of reality – not only of his own immediate circle but also his entire nation – he could clearly see what others were oblivious to.

We often assume that our people didn’t listen to the prophets despite and because of their evil intent.  The truth is that the people didn’t listen because it was very difficult to accept the words of the prophets, as they seemed to contradict every aspect of sensory life.  All evidence – facts, logic, and even the rationale of Biblical-based theologies – led the masses to the conclusion that the prophet was wrong.  The interpretation of reality by the majority of Europe’s Jews pre-World War II as being an age of cultural integration, might serve as an example of this paradox.  Had a prophet were to warn them of the tragedy that was before them, he would have been dismissed as being “out of touch with reality.”

In context of today’s conflict

Just as with the case of intution, the prophets were able to perceive that which is beyond the sensory world, but could not logically reason their interpretations, whereas the people’s interpretation of reality “made sense”, yet they were ultimately deceived by their limited perspective.  In fact, history demonstrates that more often than not, the masses perceived reality inaccurately, or at least incompletely.

Taken within the context of the various struggles facing the Jewish people today, we can assume that while all sides of the political spectrum are convinced their perception of the complexities of our reality possess maximum clarity, as history indicates, they are all likely reading the current story of our people in incomplete paragraphs, or perhaps even skipping entire chapters.  Had we the inner gaze of the prophets, what our senses and logic make us view as the “obvious” interpretation of today’s reality would most likely be shattered.  Imagine our ability to forward a solution to the conflict had we access to the behind the scenes matrix of our world. Yet we are stuck as being only capable of perceiving our current reality through our limited perceptions.

As we peel off the layers of superficial perceptions we’ve adopted from foreign cultures over the centuries, we become able to disassociate prophecy’s paramount goal from the world of fortunetelling and bring it back into its authentic Hebrew definition as the chief interpreter of reality. Haaretz journalists might scrutinize the conflict to bits, Israeli leftist and rightist politicians may claim superiority of vision and Palestinian diplomats may rummage for more proof of the erroneousness of the Jewish narrative, but it is only by taking the words of the prophets back into the soul of our people that we will be able to transcend our subjective perceptions and acquire a holistic multi-dimensional understanding of our current reality.  We might be surprised.

About the Author
Hila Hershkoviz is an alternative peace activist and lecturer on Israel advocacy, Jewish identity, indigenous rights and the Israeli-Palestinian conflict. She is a writer on VISION magazine and blogger on Times of Israel. Hila is currently running for Knesset as third runner up in the Jewish Heart party (HaLev HaYehudi).
Comments