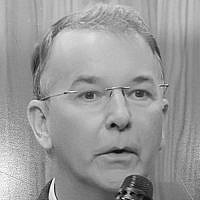 The Blogs
Graham Frank Tallis
Amateur cartographer and psephologist
Apply for a Blog
Please note that the posts on The Blogs are contributed by third parties. The opinions, facts and any media content in them are presented solely by the authors, and neither The Times of Israel nor its partners assume any responsibility for them. Please contact us in case of abuse. In case of abuse,
Report this post. 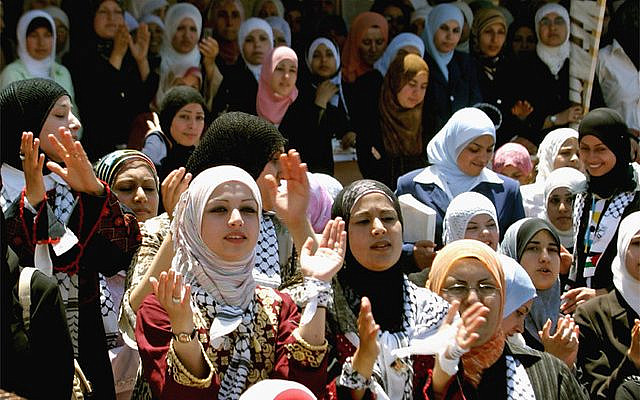 Palestinian student Fatah movement supporters celebrate their victory in the student elections at Al-Quds Open University in the West Bank city of Jenin May 3, 2006. REUTERS/Mohamad Torokman

The news that Prime Minister Netanyahu wanted new elections, a plan now abandoned apparently, would have meant the fourth ballot since April 2019.  This is not a good sign regarding the health of Israeli democracy.  Last century, Israel held 15 elections over a 51 year period, meaning the average Knesset lasted 3.4 years.  In this century, eight elections so far means the average Knesset lasted only 2.5 years.  Even Italy, which is famous for rapid turnover of governments, less so parliaments, has had a respectable 4.4 years between elections.  Don’t get me wrong, I love elections, a legacy no doubt of having lived much of my life in Australia, which has notched up an astonishing 46 national elections in 120 years.  But in the context of a paralyzed peace process, not to mention the pandemic, this surely indicates a weakness in the body politic.

Meanwhile in Ramallah, President Abbas has not faced his voters since a general election in 2005, a fact about which he may be embarrassed, but not enough to go ahead with an election  that was touted to take place in February 2020.  Similarly, the last Palestinian Legislative Council (PLC) elections were in 2006, meaning the legitimacy of  the current crop of elected representatives is highly questionable.  So where does this leave the peace process?  Should Israel care or get involved?  Israeli commentators frequently and airily complain there is no-one with whom to negotiate, but some of the barriers to democracy in the West Bank and Gaza are plainly there for all to see?  The division between Hamas and Fatah must partly have its origins in the geographical division of the West Bank and Gaza.

While the two parliaments are poles apart in terms of durability, they do share an unfortunate characteristic, that of female under-representation.  According to the Inter-Parliamentary Union, Israel with just 29.2% of its parliamentarians being female comes in at number 54 out of a list of 193 nations.  Not bad but could be better.  From a rather unscientific method (I counted female names of PLC members using Wikipedia as the source), the PLC appears to do rather poorly, with about one-eighth of its members being female.  If you were asked which countries topped this poll, you may be surprised to learn that they are not Sweden, Finland and Norway, but Rwanda, Cuba and Bolivia.  Surely if Rwanda can reach 63% of parliament seats occupied by women, wealthy countries such as Israel can do better than 29%.  (If you want to know why any of this matters, listen to a speech in YouTube on misogyny by the one and only Australian female PM Julia Gillard – it is a masterpiece of the best use of parliamentary rhetoric).

According to UN Women, ‘women’s direct participation in peace negotiations increases the sustainability and the quality of peace. A study investigating 82 peace agreements in 42 armed conflicts between 1989 and 2011 found that peace agreements with women signatories are associated with durable peace. The same study also found that peace agreements signed by women show a higher number of agreement provisions aimed at political reform and a higher implementation rate of these provisions.’ Sadly, between 1992 and 2018, women constituted only 13 per cent of negotiators, 3 per cent of mediators and only 4 per cent of signatories in major peace processes tracked by the Council on Foreign Relation.  Let’s face it, practically all the current protagonists in the ongoing search for a ‘solution’ are men, and mostly old men, a demographic not known for their flexibility or nimbleness of thought and deed.  I know, because I am one of them.

So as the drum beats of approaching electioneering mounts in Israel, and the slowing heart beats of a dying democracy can just be faintly heard in the West Bank and Gaza, where am I going with all this?  This is where:

Leaving aside all questions of citizenship and boundaries or borders, surely supporting and facilitating Palestinians to have a chance to express their opinion at the ballot box and have some sense of control over their destiny would be a good thing for them and indeed for Israel.  At the very least, it might be a safety valve that vents steaming anger and resentment, and at best, give rise to a new crop of the best and brightest Palestinian politicians with whom to negotiate peace.  Palestinians themselves including the redoubtable Dr Hanan Ashrawi acknowledge they need to get their House in Order – pun intended.

Furthermore, Israel might want to consider alternative models of proportional representation for itself.  The current system where the whole country is one electorate is one reason the recent parliaments have struggled to provide stable government, given the plethora of parties who only need to reach a threshold of 3.25%.  If instead the country was split into multi-member electoral divisions, each one electing 10-12 members of the Knesset, then the threshold for a candidate to win a seat in the Knesset would be between 8.3% and 10%.  True, this may reduce diversity slightly, but it will also minimize the risk of fringe parties becoming king-makers (or queen-makers).  Moreover, it puts the MKs more closely in touch and accountable to their constituents.

Taking this idea another step further, how about developing a common electoral system with the Palestinians, so that one vote in Israel has the same value as one vote in the West Bank or Gaza.  For example, agree on the number of seats in each parliament according to census and electoral data, a common voting system, and thresholds for election that are comparable.  It may seem unnecessary, and suspiciously like a one state solution to the supporters of a two state solution, but it would ensure that the politicians representing the Israeli electorate and those the Palestinian electorate have similar legitimacy and representativeness.  Why is that important?  So that the next step becomes feasible, and even likely: a joint assembly of the Knesset and the PLC.  To discuss, to debate, to inspire and to defend a peaceful solution to the current conflict, involving the lawmakers who are the only women and men that can make it happen.

This is where female parliamentary representation becomes important, if UN Women is right.  Increase female representation in the two parliaments, and the negotiations will take on a new slant, hopefully more thoughtful, more nuanced, more cooperative and ultimately more successful.  Joint meetings could occur over a four year period, with consent of both parliaments needed for a proposal to be put to the two peoples.  The two groups of parliamentarians would be held to account according to what they achieved and what they failed to achieve at the next general election.  Instead of the executive arms of two governments weighed down by the burdens of past failures and pre-occupied with internal power plays trying to find a way to make a peace deal, the full diversity of the two legislatures would be put to the task instead.  Committees formed to examine and make feasible recommendations on particular topics, consultation with experts, stakeholders and constituents, and the natural human tendency to negotiate and trust more those that we know personally would set the scene for change and compromise.  A joint executive committee would need to oversee the process, and filter what goes forward for debate and what does not.

While Arabs (Israeli Arabs, Palestinians, Druze, and Bedouin) make up a thin majority (51%) of the 13.7 million combined general population of Israel, the West Bank and Gaza, ‘Jews and Others’, as per the definition of the Israeli Central Bureau of Statistics, make up a clear majority (56%) of the voting age population (18 and over) of 8.6 million. This is because the Palestinian population is significantly younger, with a greater proportion under voting age.  Thus for example if a joint executive committee of nine parliamentarians were chosen in proportion to their strength in the voting population, it would be likely that ‘Jews and Others’ would take around five positions, three would be for Palestinians, and one for Arab Israelis.  But those five or six Israelis would not be a monolithic team from one party or governing coalition, but would be a mix of secular and religious, left and right, reflecting the plurality of the voting public.

Eligibility to be a candidate would be a difficult and contentious issue for a joint assembly.  Many MKs would not be able to stomach meeting with Hamas representatives, but by banning Hamas from election large numbers of Gazans particularly would be effectively disenfranchised.  Not an easy problem to solve, but there could be a compromise.  For example, Hamas could stand for election in the PLC, but not be able to participate in joint assembly meetings unless eschewing violence and dropping their opposition to the very existence of Israel.  In fact all extremists would thus tend to be marginalized, if the voters see value in the joint assembly process and gravitate towards candidates who may achieve something for them, rather than grandstanding or whining from the sidelines.  Divorcing voting rights from citizenship and territorial claims would allow East Jerusalem Arabs to vote for the PLC, and likewise provide legitimization through Palestinian acceptance of the existing rights of Jewish Settlers to vote in the Knesset.  Looking ahead and probably a step too far, would there be merit in allowing any Arab Israelis who identify as Palestinians to vote in the PLC if they so chose?  On the one hand, it would inevitably raise questions of potential loss of territory down the road, but on the other hand would raise the proportion of Jewish voters in Israel, indeed increasing the Jewish essence of Israel.

If we believe democracy to be worth fighting for, and parliamentary democracy something to be nurtured wherever possible to counter fundamentalism and dictatorship, then Israel which justifiably vaunts its democratic credentials in a region notable for male autocrats is in the box seat to assist, support and accelerate the re-invigoration of Palestinian democracy.  Developing a common electoral system where the elected faithfully reflect their constituencies including on gender, or at least allowing a process of joint parliamentary meetings culminating in a validation of a proposed set of peace measures by all inhabitants of voting age of both peoples, is wholly within the remit of both governments.  Now.  All those in favor, please say ‘aye’.

About the Author
Dr Graham Tallis is an international public health specialist and epidemiologist. He has worked on election campaigns in Australia, and is interested in electoral systems, cartography and parliamentary systems of governance, having lived in several different countries with very different systems, Australia, the United Kingdom, Indonesia and Switzerland. He has supported various crowdfunded projects to improve economic opportunities in Palestine since 2015.
Related Topics
Related Posts
Comments