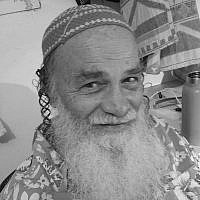 In quest of true democracy, in which we the people rule ourselves, we have talked about electing Knesset members, the legislative branch, as individuals (Citizens’ Representatives—CRs) who represent particular groups of voters to whom they are directly accountable.  We also talked about electing, separately from the CRs, the prime ministerial duo to head the executive branch of government.  All this leads to the question: How does the judicial branch fit in?  And why talk about the judicial branch in the context of elections?

What is the judicial reality in which we currently live?  In a nutshell, the Supreme Court justices have managed to set themselves up as an untouchable elite who, in the name of guarding our democracy, overturn legislation on the basis of what appears to be their own idiosyncratic ideology.  They are untouchable because once appointed, they continue in office until retirement and have an undue influence on who will replace them.

So let’s cut to the chase.  It’s time that we the people elect our judges.  After all, if this is a democracy, then we are the ones who are supposed to be controlling our destiny, not some elite which pays scant regard to public opinion.  Individual judges, just like CRs in the Knesset, should be elected for staggered terms which are short enough that the public has the opportunity either to renew their mandate or to cancel it–perhaps four years.

And the same goes for the judicial branch.  We should directly elect our judges as our employees to interpret our law for us in cases where there are disagreements either about what is lawful and what is not, or what the intention of the Knesset was in enacting a particular law.  The judges are not an elite.  They are not the guardians of our democracy.

We are the guardians of our own democracy!  It is precisely because we haven’t guarded our own democracy that unprincipled MKs and the unprincipled parties for whom they work have stolen it from us and turned it into some kind of revolving oligarchy.  And perhaps even less principled judges have been stealing the oligarchy from the MKs, turning themselves into some kind of shadow government over which not only we the people have lost control, but even our elected legislators have lost control.

On the other hand, we still do have control not only over whom we vote for, but whether or not we vote at all for any of the politicians and parties, whether Left or Right, which have over and over again promised us one thing and then done the opposite.  Maybe the most democratic thing we can do in this election is to refuse to participate, to withhold our vote, to refuse to hand over our sovereign, democratic power to those who we know will abuse it—and us—again, as they have been doing all along, until the system is repaired.

And who is going to repair the system?  Certainly not the parties or politicians who benefit from things as they are.  Certainly not the judges who now sit at the top of the pecking order.  Clearly, it is up to us, the demos of democracy.  Until we stand up and absolutely refuse to accept things as they are, they will continue.  Until we stand up and actually initiate change, whether through a public referendum, social media campaign or starting to speak up and inundating our MKs with demands for change through phone calls, emails and whatever means we have to communicate, things will continue as they are today—we pay for and participate in meaningless elections, one after another, so that politicians and parties who don’t represent us can fight it out among themselves for the choicest positions from which they can abuse half the population they don’t agree with.

Don’t you think it’s time to do something about it?