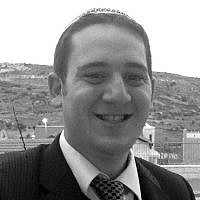 The Blogs
Yonah Rossman
Apply for a Blog
Advertisement
Please note that the posts on The Blogs are contributed by third parties. The opinions, facts and any media content in them are presented solely by the authors, and neither The Times of Israel nor its partners assume any responsibility for them. Please contact us in case of abuse. In case of abuse,
Report this post.

Netanyahu has called for elections, yet I am not convinced.

Whether or not one agrees with Netanyahu’s policies, the Prime Minister is undisputedly a masterful politician. Therefor one must ask why exactly would Netnyahu call for election. What could possibly be his motive? Let us examine if elections are election are held now, who will be a winner and who will be a loser?

To start, it is clear in our case that there are no winners. Livni, Lapid, and the Chareidi parties will all lose seats. The more seats they respectively have, the more they are expected to lose.

So it is clear that there are no winners. In fact, almost everyone loses. Let’s take a look….

Lapid will lose almost half of his seats.

Livni will lose several seats(again) as she continues her slow and painful political death.

Mofaz is most likely out in the next elections.

Bennet is projected to do fine. He however still does not have a mandate of unity in his party which could be very problematic for him, if not detremental.

Chareidi Parties are expected to take a big hit as a result of the passing of Rav Ovadia Yosef Z”L.

Netanyahu gets an even less stable government.

It seems very obvious Netanyahu’s call for elections are quite simply a bluff. He just flashed the vision of political death before his opponents’ eyes. And if need be he will in fact have elections. After all the political death of Livni and Lapid is quite a gain. If not for Netanyahu, then for the country as a whole.

Livni and Lapid(as well as other) can either come crawling back under Netanyahu’s conditions, or they can all lose their jobs. Time will tell what they choose.

(*Obviously, if everyone is losing seats someone must gaining seats. Kachlon will likely get many of them with the rest being scattered insignificantly amongst the larger parties)