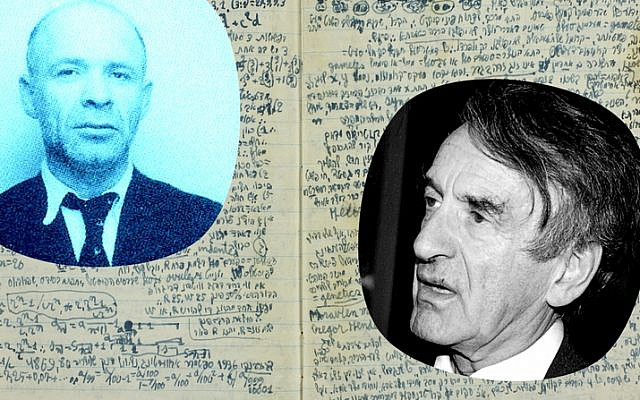 “His birthplace was, now Marrakech, now Vilna, then Kishinev, Safed, Calcutta, or Florence.”

Very little is known or agreed upon regarding “Mr. Shushani” (also known as “Monsieur Chouchani”), a mysterious and almost mythically brilliant man who served as the personal, influential teacher to Elie Wiesel, Emmanuel Levinas, and other leading 20th century Jewish intellectual figures.

And perhaps — at least according to Wiesel, who penned the quotation above regarding Shushani’s place of birth — that was exactly how the enigmatic figure wanted it.

By all accounts, Shushani had an extraordinary photographic memory, reportedly able to recall and cite the entire Hebrew Bible, Talmud and many other Jewish texts by heart, while also mastering various fields of mathematics, physics, modern philosophy and different languages. 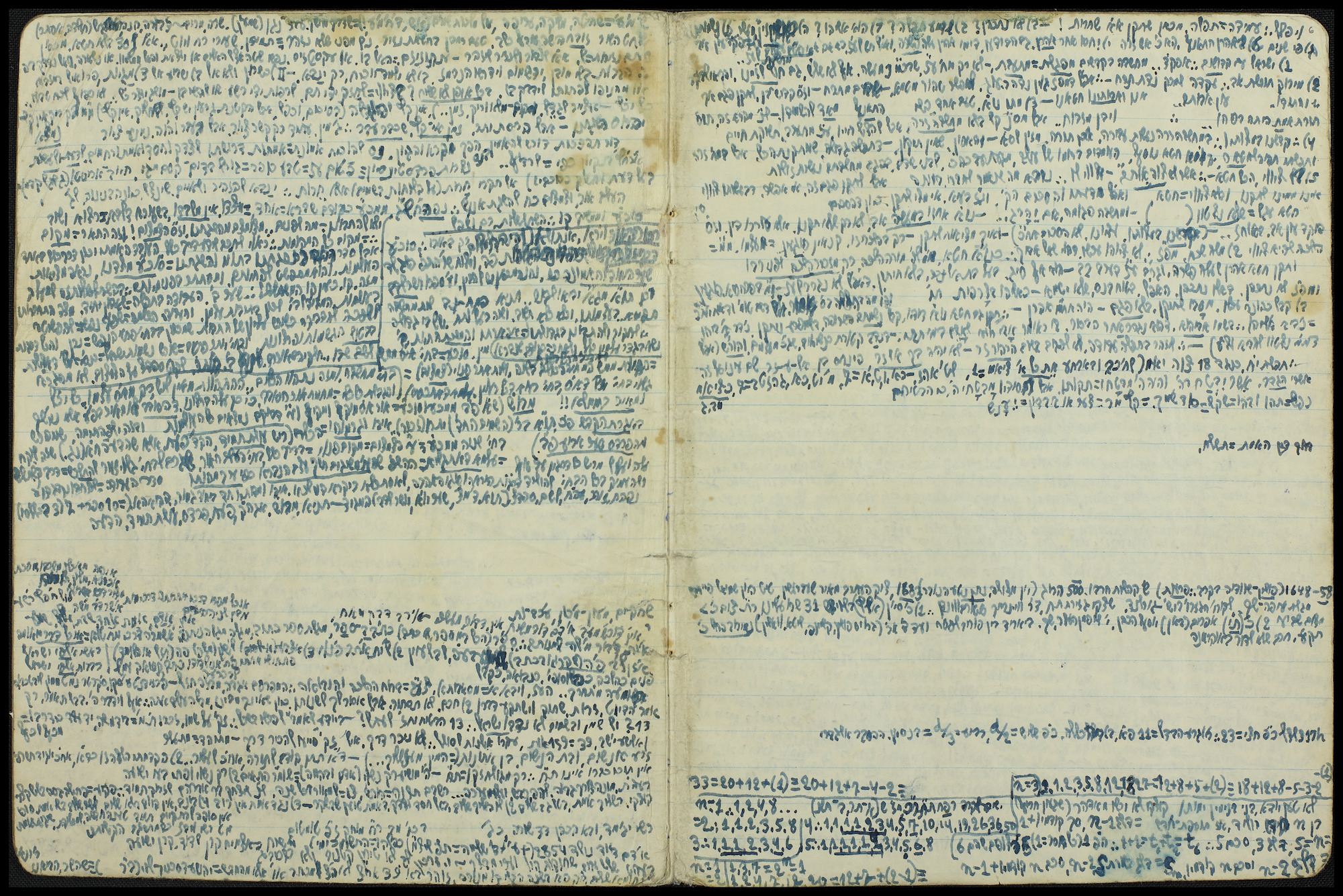 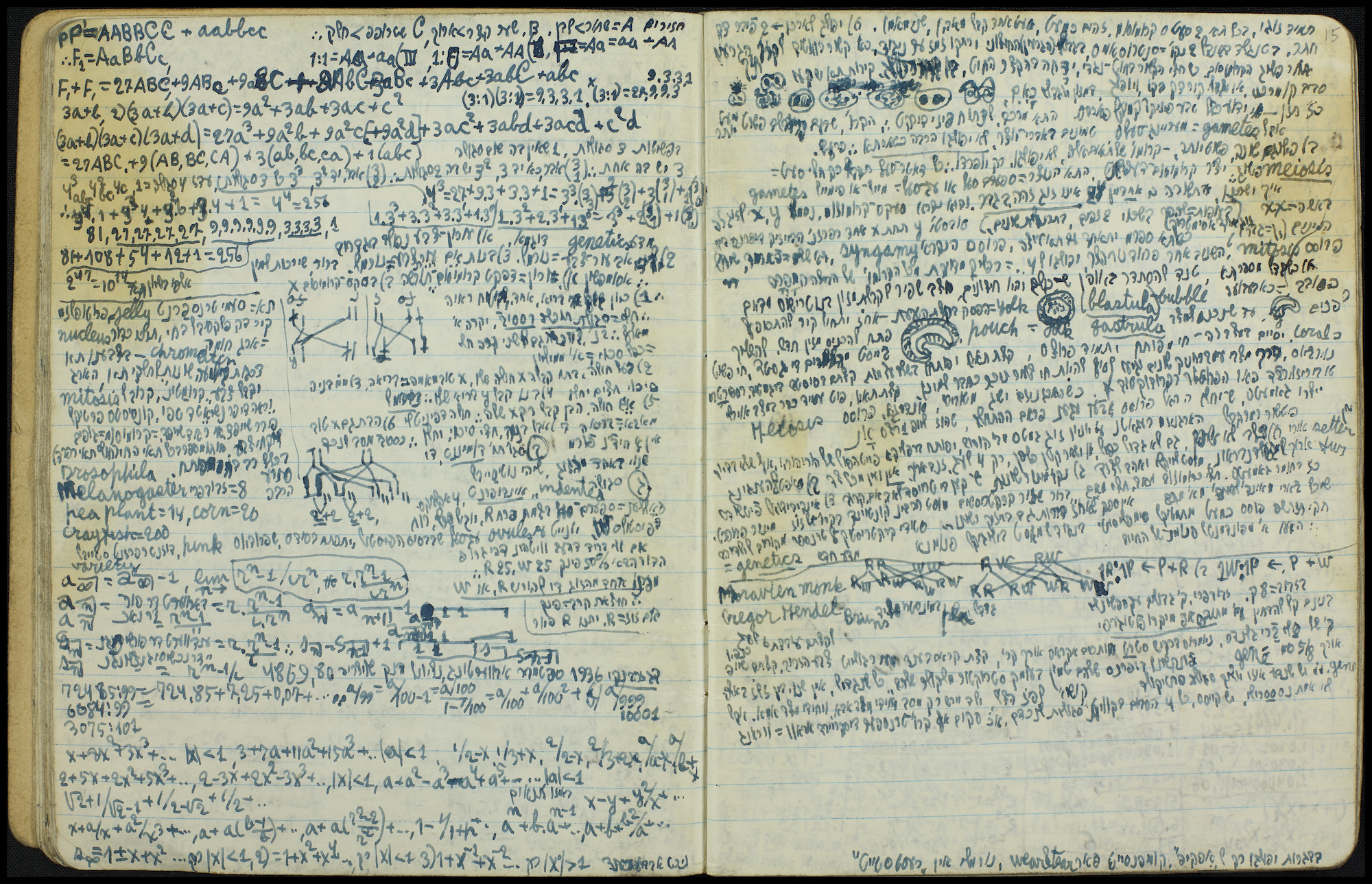 Pages from the notebooks of ‘Mr. Shushani.’ From the National Library of Israel collection. Click image to enlarge

According to National Library of Israel archivist David Lang, who has catalogued dozens of Shushani’s recently received notebooks at the Library, the astonishing depth and breadth of knowledge is self-evident in those notes, where diverse textual sources are cited without missing a beat despite the fact that he certainly did not have physical access to the sources while he wrote.

These connections also came through in person. In All Rivers Run to the Sea, Wiesel recalled one of many encounters with Shushani:

[H]e asked us to question him about anything we wanted, the Bible or politics, history or the Midrash, detective stories or the Zohar. He listened to our questions, eyelids drooping, waiting for everyone to finish. And then, like a magician, he gathered it all together to create a mosaic of stunning richness and rigor, harmoniously weaving our questions and his answers together.

The disheveled, brilliant figure left such an impression on Wiesel that the Nobel laureate dedicated an entire chapter to his teacher in another book, Legends of Our Time, entitled “The Wandering Jew.”

In some ways, Weisel’s descriptions of Shushani makes it all the more surprising that he revered the man:

Always dirty, hairy, he looked like a hobo turned clown, or a clown playing a hobo… Anyone encountering him in the street without knowing him would step out of his way with distaste. To his own great satisfaction, moreover.

And yet, over three years in post-war Paris, Wiesel was Shushani’s disciple:

At his side I learned a great deal about the dangers of language and reason, about the ecstasies of sage and madman, about the mysterious progress of a thought down through the centuries and of a hesitation through a multitude of thoughts. But nothing about the secret which consumed or protected him against a diseased humanity.”

Shushani zealously guarded his identity and few details about his personal life are known today, more than 50 years after his death. Even his name remains a contended mystery. Wiesel concluded it was “Mordecai Rosenbaum,” while most leading scholars today, including philosopher Shalom Rosenberg, also a disciple of Shushani’s, believe that it was “Hillel Perlman.” 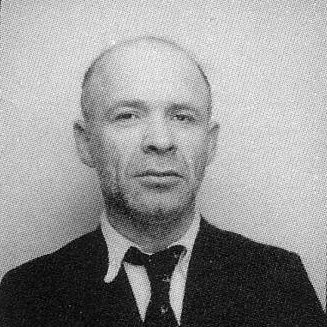 Both decidedly less exotic than his self-designated appellation.

Whether he was Mordecai, Hillel or something else, Shushani’s control of language also boggled the minds of those who knew him.

He had mastered some thirty ancient and modern languages, including Hindi and Hungarian. His French was pure, his English perfect, and his Yiddish harmonized with the accent of whatever person he was speaking with. The Vedas and the Zohar he could recite by heart. A wandering Jew, he felt at home in every culture.

A wandering Jew indeed, Shushani traveled across the globe throughout his life, apparently penniless, and — according to Wiesel — without a passport.

“At the end of 1948,” Wiesel recalled, “he left me without saying goodbye… His last lesson was like all the others…”

Think over my lesson and try to destroy it.

Then Mr. Shushani disappeared. For years, Wiesel would by chance meet others who had known him, or heard about him and his whereabouts.

Shushani’s travels brought him throughout Europe, the United States, allegedly to North Africa, and elsewhere, including Mandatory Palestine and the young State of Israel, where, for a few months in the late 1950s, he wandered among religious kibbutzim, sharing his knowledge and perhaps gaining some too.

Ultimately, Shushani landed in Uruguay. Wiesel heard from others that he was there.

In Legends of Our Times, published the same year that Shushani passed away, Wiesel hauntingly mused:

Often I am seized by the desire to take the first plane leaving for Uruguay, to see him one last time to confront him with the image I have kept of him. Then too I need him to rouse me again, to suspend me between heaven and earth and so permit me to see what brings them together and what separates them…

That is what makes me tremble each time I think of him in Montevideo, where he awaits me, where he calls to me: I am afraid to plunge once more into his legend which condemns us both, me to doubt, and him to immortality.

Prof. Shalom Rosenberg was Mr. Shushani’s student at the time of this death, and recently donated 50 of his teacher’s notebooks to the National Library of Israel, where they will be available to the general and scholarly publics for the first time.

If you liked it, check out these:
“Yitzhak Rabin’s First Peace Negotiation (and Necktie)”
“Remembering Babi Yar When Others Didn’t”
“The Ghost Shtetl of Isaac Bashevis Singer’s Youth”

About the Author
Zack Rothbart is a writer and editor who manages global content and media relations at the National Library of Israel, where he co-edits The Librarians, an online publication dedicated to Jewish, Israeli and Middle Eastern history, heritage and culture. He tries to learn something from everyone and lives in Jerusalem with his endearing and thought-provoking family, for which he is grateful.
Related Topics
Related Posts
Comments