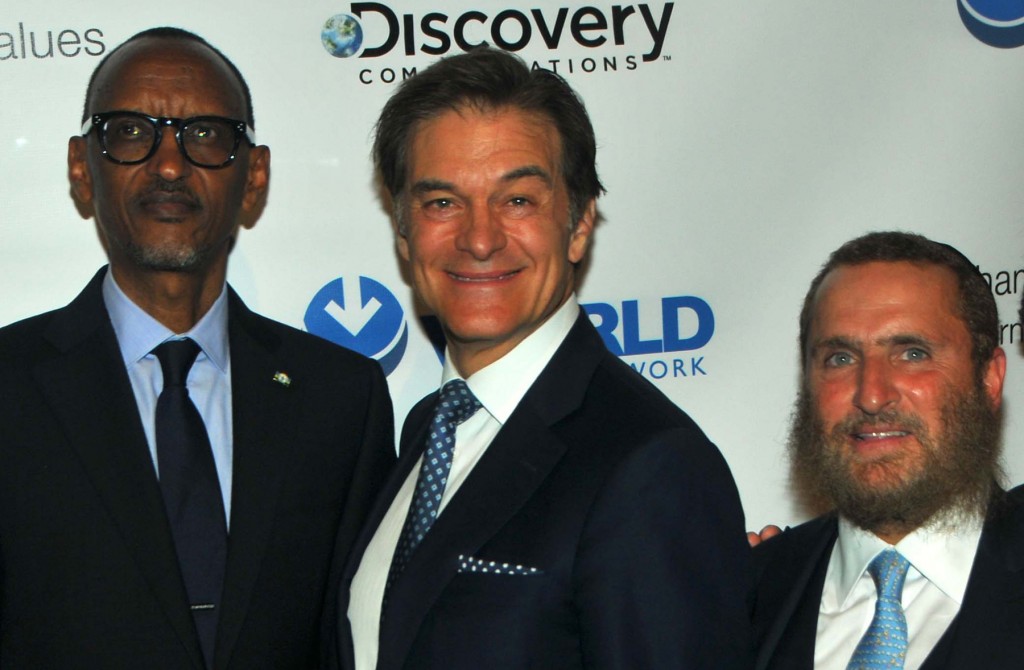 Elisha Wiesel concluded his yearlong recital of the kaddish for his father, Elie Wiesel, at the fifth annual World Values Network dinner on May 21 at Cipriani 42d Street in Midtown Manhattan. The Nobel laureate died on July 2, 2016.

Elisha, the only child of the famed Holocaust survivor, said he loved his father but “I saw his quiet voice as a sign of weakness, not strength.”

As he grew older, Elisha, the chief information officer at Goldman Sachs, became prouder of his father with each passing day. “He was a builder of bridges across religions and nations,” he said. “His voice echoed like thunder.”

Elisha presented the organization’s Elie Wiesel Award to Derek Black, a former White Nationalist. “Speaking with Elisha the past few weeks,” Derek said, “I realize what a good man his father was and what an honor it is to get an award in his name.”

David Zaslav, president and CEO of Discovery Communications, said when he was 12 years old he read “Night” and “I heard Elie’s voice. He had a magic voice and made everyone listen.”

Zaslav once asked Oprah Winfrey, who produced her interviews for his network, which of the world leaders meant the most to her. She said it was the interview with Elie Wiesel at Auschwitz. “Elie Wiesel lived through hate and never hated,” she marveled.

Rabbi Shmuley Boteach, the founder and executive director of the World Values Network, explained that the organization aims to serve as “a light unto the nations” and honor individuals “whose actions highlight the universal ideals of Judaism” with Champion of Jewish Values Awards.

Shmuley and Dr. Mehmet Oz presented the Dr. Miriam and Sheldon G. Adelson Award for Outstanding Friendship with the Jewish People to President Paul Kagame of Rwanda. “We honor you for being the only person to stop a genocide” in Rwanda in 1994, Shmuley said.

“For Rwanda, friendship with the Jewish people is entirely natural,” Kagame responded.

Tim Boxer was a columnist at the New York Post for two decades. At the same time, he has been a columnist for the New York Jewish Week for 38 years and editor of 15MinutesMagazine.com for 19 years. He is the author of Jewish Celebrity Hall of Fame, interviews of Hollywood stars about their Jewish roots.

About the Author
Tim Boxer is a former New York Post columnist, and is longtime columnist for the New York Jewish Week. He is also editor of 15MinutesMagazine.com, is the author of Jewish Celebrity Hall of Fame, interviews of Hollywood stars about their Jewish roots.
Related Topics
Related Posts
Tim Boxer
Comments