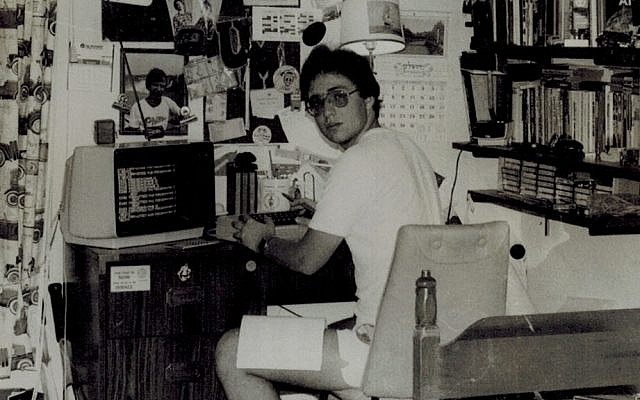 The professional world knows but a few dependable methods to get oneself noticed and fast-tracked for leadership. One, of course, is to be advocating change. Another is to swear by the open-plan office. The gold standard is to bemoan poor communication.

You will find this favored stratagem in play whenever a middle-management type marches out of his or her office, hands on hips, features in a fluster, and declares: “Can we, like, just talk to each other, people?”

To readers lucky enough to work from home or be persons of means, I regret to inform that this scenario is favored by strivers everywhere for its manipulative genius: one can negate neither the premise (we are not talking to each other enough) nor the prescription (let’s talk more) without seeming to “not get it.” There is scarcely a corporate misstep that is worse.

So it is ironic that the currently favored means of currying favor is to profess a hatred of the most effective communication means of all: email. Not a single person, to my knowledge, has ever lost points with upper management for doing it. Consequently, email-hatred has become epidemic.

It is, indeed, the most modern iteration of the undying, unthinking, unfettered lust for change.

Of this there is no doubt: Society has been spun like a dreidel by technological change. Travel agents, typewriter makers, bank tellers and the publishers of pornographic magazines have all felt the pain, in the last three decades or so. There is a sense that resistance is futile.

(Contrarian nature causes me to question this a little: Is there no limit to our acquiescence? What if as a result of change everyone must lose their jobs, and half will also die. Will we really continue to embrace it just to further our careers? But I digress.)

To the grasping striver, therefore, email-hatred is a dog-whistle that delivers an all-important message to the bigs: I embrace change.

The most common variant is to complain with faux ennui about overflowing inboxes. The benefits of this position are no less than tremendous. It tells the listener that one is important; many seek one’s counsel and consent, by email. It is an excuse for any failure to engage; one is deluged, through no fault of one’s own. It suggests prioritization skills; one makes others wait (and some will make you wait for no reason other than to achieve this very point).

The second variant is advocating new tools to replace email. Social media was once part of this gambit but has fallen out of favor on account of having caused irreversible societal harm. So this is the time of team collaboration tools, like Slack. It takes courage to not pretend to like them, even though they are yet one more thing to have to check, to keep up with, and to forget your password for. They are an easy way to share and alter files, but quick-witted yet unsexy Google Docs, connected to Gmail, has largely closed the gap.

The third form of projecting email-hatred is the objection to having been cced (or even worse, bcced,  suggesting a subterfuge). To me, this method is a micro-aggression for attacking the sender’s judgment. After all, one must always cc those who might need (or want) to know; but one  must also not cc those who would be annoyed and are not essential. The critique suggests the sender has failed in a matter that is perhaps the central balancing act of modern professional life. But to reject the wagging finger can seem uncivil; surely the complainer’s inbox is flooded with similar supplications. This is a truly foul maneuver, unsporting in the extreme.

The fourth, and perhaps most nefarious, is the always dependable attack on length. Upper management generally smiles on the advocates of shorter emails, for it rings the bell of savings. The quest for brevity projects several key messages: the writer can focus on the essence; the writer is efficient; the writer values my time.

It is important to concede: emails — like novels, songs, movies, and stories told over dinner — can be obnoxiously long. One must hold one’s audience; a joke cannot drag on.

But superficiality can also cause lack of clarity and confusion. Usually there is more than one option to a choice; often one must relate to an opposing point of view; there are points to be conceded, lest one cause offense; some background may be essential. In the modern business world, sometimes none of this will matter. You may be trying to save the company headquarters from being blasted to ashes by an incoming asteroid, but if your emailed warning went over 150 words, the guy who says  he “couldn’t get through it” will get the sympathetic nods.

Superficiality is a bedrock scourge of our era. Is it part of the change we must unfailingly embrace? It was a glorious day two years ago when Twitter bucked the trend it helped create by doubling the maximum character count to 280. But alas, that was the exception (interestingly, it made little difference in the actual length of tweets). Superficiality may be here to stay, although only until we finally blow up the world.

The fifth and currently most popular method to project email-hatred is to insist on verbal communication at all conceivable times. The striver who favors this tactic will miss no opportunity to march across the open-plan office and rhetorically inquire: “Did you really send me an email instead of just coming over and, you know, talking?” This is a cousin of the earlier quote that shares its manipulative edge. Few will have the presence of mind to unapologetically answer: “Yes.”

Beyond the old-fashioned two-party conversation the insisted-on alternatives can take the form of meetings and conference calls (or the invasive recent upgrade, video-conferencing, which plays havoc with naps and trimming one’s nails).

If you ask me, the email has key advantages over most of these variants: grandstanding is less likely, and a record is retained. Unless the minutes of a meeting are fastidious and fair, verbal communication leaves no provable trace and relies too much on memory; meetings increase the impact of hierarchy, and so suffer indignities of politics and revision.

I do recommend reducing word count when possible and avoiding excess imperative. Make the necessary points, but be polite always, and leave poesy to the poems. Never send an email when enraged or elated, and avoid hitting send if you could not bear to have it public. Having secured this flank, parry: deny these cunning complainers their sympathetic nods. Reserve support for those who offer creativity, kindness, and actual efficiency of their own.

Viewed with dispassion, this whole campaign is a little odd: emails are among the few recent non-medical inventions (along with GPS, word processors and perhaps dumb mobile phones) that have indisputably made the world a better place. I feel some ownership of them for having been there at the beginning.

I remember when emails were the change.

It was the early 1980s, and I was a computer science student at the University of Pennsylvania. Somewhere near the computer lab were the remains of ENIAC, the first electronic general-purpose computer. And on my desk was a flickering screen that could send streams of characters back and forth, around the room or across the country. The computers were connected by early networks like the “Bitnet,” innocent harbingers of the hurricane to come.  At first we were sharing computer programs (“code” in modern parlance); but soon it was words — communication. You could adjust them in a primitive “editor” (designed for writing computer programs in the Pascal or Fortran “languages”) — and only then send. Within seconds they arrived.

I remember an epiphany: this will kill letters. There is simply no way that people will forever be scribbling down words on paper, crossing and whiting out mistakes, folding sheets and inserting into envelopes and buying stamps and waiting many days for the thing to be carried in large bags by employees of the state past frozen tundras, windswept deserts, or some godforsaken mountain range.

It was true, I realized, that a form of romance would be lost. Handwriting, for all its charms and lack of charms, would be relegated to the past. But the efficiency, I felt, would trump all with good reason. Emails, I could see, would soon upend the world. It will spread beyond computer science departments. I just didn’t know what they would be called.

I was experiencing the intoxicating elixir of embracing change. And way back then, before the wreckage had been wrought, it felt modern, right, clean, and good.