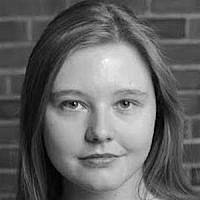 The Blogs
Margo Smith
Apply for a Blog
Please note that the posts on The Blogs are contributed by third parties. The opinions, facts and any media content in them are presented solely by the authors, and neither The Times of Israel nor its partners assume any responsibility for them. Please contact us in case of abuse. In case of abuse,
Report this post.

Over the past month, I have had the privilege of serving as the rabbinic presence and community educator of a small Jewish community in Guatemala City. As we have prepared communally and personally over the Three Weeks, the time marking the “Dire Straights” as we move towards Tisha B’Av, themes of exile and return have been prominent. We have studied Nevi’im, discussing how different prophetic voices in our tradition respond religiously to our people’s greatest historical and spiritual tragedies. And tonight, we will begin the fast of Tisha B’Av with a Spanish study of Megillat Eicha, the book of Lamentations. We will communally mourn the destruction of the First and Second Temples, the crushing of the Bar Kokhba revolt, the pain of the Spanish Inquisition, crying out for witness to the generations of pain and expulsion our people have endured.

The pain will sit deep in our stomachs, heavy with the weight of memories centuries old- but new to us. Every member of Congregation Adat Israel is, to a one, a convert to Judaism or the child of converts, and I myself converted to Judaism years ago. We will sit in mourning for a destruction our grandparents did not think about, and weep for a Jerusalem many of us may not ever see.

Community members have asked me often in conversation: why are their Reform and Conservative conversions not recognized by the State of Israel? Why would Israeli and American Jews be so shocked by Latino converts? They understand the anti-semitism they face in Guatemala and internationally, but why would fellow Jews refused to recognize them, to help them, to see family in the faces in Jews who have often had to study for over a decade before immersing in the mikveh? They do not want to necessarily make aliyah and move to Israel, but simply to be recognized as Jewish in the wider Jewish landscape.

It is a cold grief that washes over as the community prays alongside a klal Israel that refuses to see them. This thirty person congregation lives daily in a second state of Diaspora. Without recognition from the Jewish agency, certain rabbinic courts, and other international bodies, Latin American converts observe Tisha B’Av within a religious tradition they love dearly, but without acknowledgement or access to support. In the last few years, Congregation Adat Israel has been recognized by the World Union of Progressive Judaism, or WUPJ, but many small communities in Central and South America lack even this recognition.

What does it mean to weep alongside a people who refuse to see you? To mourn explosion amongst a community that relegated you to the margins? To throw your lot in with the suffering of a people, and see those people turn away?

Al eileh ani bokhiyah, eini eini yordah mayim. For these things do I weep; my eyes, my eyes overflow with water:

For the destruction of the Temples, for the idolatry and baseless hatred that brought us there. For crushed revolt, for a people expelled.

But also for observant, committed Jews who are told by the Jewish state that they just aren’t Jewish enough, for people who wake up and find their conversions rendered invalidated, for those who study for years in isolation. For those who weep and mourn with the fold, but are marginalized in celebration. Al eileh ani bokhiyah.

About the Author
Margo Hughes-Robinson is a student living in Jerusalem. A graduate of Clark University, she earned a BA in both Jewish Studies and Playwriting, she writes about Jewish identity, feminism, and spirituality. Currently, Margo serves as a Global Teaching Fellow with Kulanu, Inc., a non-profit committed to supporting emerging, isolated and returning Jewish communities.
Comments