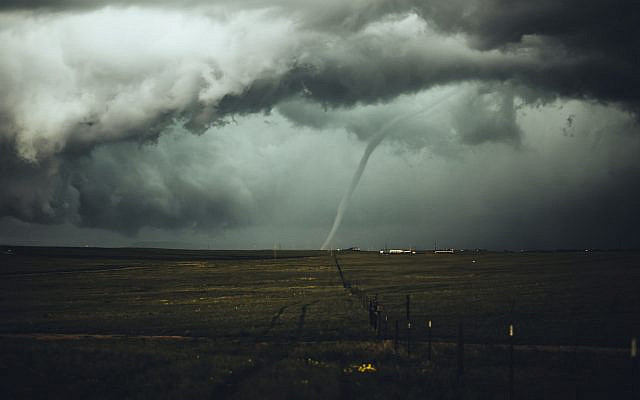 Photo by Nikolas Noonan on Unsplash

By enabling developing markets to leapfrog fossil dependency, Israel can save humanity and itself

Tornadoes ripping across the United States are only the most recent of the extreme weather events to capture our attention. With catastrophic weather happening on every continent, in every country, it seems humanity has finally woken up to the need to remodel our physical infrastructure to enable human survival. Here in Israel, our entrepreneurs and inventors have heard the call: as PLANETech reports, Israeli companies are leading the charge, developing new approaches to solving the old problems caused by industrialization.

With catastrophic weather happening on every continent, in every country, it seems humanity has finally woken up to the need to remodel our physical infrastructure to enable human survival

Across Low and Middle Income Countries (LMIC) the reality is a mirror image of the OECD. There is comparatively little infrastructure to replace, relatively few battles to fight against entrenched interests. Across the 54 countries in Africa, for example, 700 million people still live in the dark, trapped by the limitations of yesterday’s infrastructure despite the supercomputers so many of them carry in their pockets.

It would be a mistake for Israel to continue focusing on OECD markets for energy transition, since they are deeply entrenched in their existing heavy industrial infrastructure.

Because of this, LMIC’s burden for carbon emissions – and therefore the infrastructure they will need to swap out – currently represent a small fraction of the world’s total. As Charles Kenny points out, “The world’s poorest countries – those classified as low- and lower-middle-income – contribute just one seventh of global emissions despite being home to half of the global population.”

As these countries develop, they will take one of two paths: either they will use fossils, as the OECD has, to power their industry, or they will leapfrog into next-generation energy infrastructure. Israeli entrepreneurs, who lead the world in developing the technologies needed to bring these people onto the grid (Internet of Things, cybersecurity, digital financial systems), are well positioned to help LMICs leapfrog.

Israeli entrepreneurs also have a unique value to propose to LMICs for a different kind of energy and carbon emissions: food.

As the United Nations Food and Agriculture Organization (FAO) reports, food prices are the highest they’ve been in 46 years due to extreme weather events and drought. The people who live in emerging markets spend a significantly higher proportion of their income on feeding their families, and are disproportionately harmed by the effects of increasingly common extreme events. The agriculture they do practice requires much more water and reduces carbon sequestration of the soil. This presents both an opportunity and a calling for Israeli entrepreneurs, who have a long tradition of making the desert bloom and bioengineering resilience into basic foodstuffs.

In both of these cases — energy and food — Israeli entrepreneurial involvement is a win-win-win. It is a win for the Israeli economy, which can diversify its exports at a time when the OECD will be going through a painful transition; it is a win for the growing populations of LMICs, who will be able to develop faster and more sustainably by leapfrogging traditional methods into a next-generation technology enhanced future; and it is a win for humanity, as development of disadvantaged populations will not drag along with it increased carbon emissions, helping us all to avoid digging deeper into the pit of climate catastrophe.

So, what will it take to focus Israel’s talent on the opportunities in LMICs? Smart international development programs backed by public-private partnerships. Traditional capital – and especially Venture Capital – has historically failed to demonstrate the patience or the know-how required to support entrepreneurs in targeting these opportunities. Which is why OCS and Grand Challenge programs that require matched funding by VC have failed to achieve their goals. We will need to make public capital available with an expectation of long-term and not short-term returns if we want to unlock this opportunity.

As an entrepreneur who has built two companies focused on LMICs – one a VC-backed startup​​, and the other a profitable company – I’ve learned that the tools and skills and networks that enable Israeli companies to succeed in the OECD are different from those needed to win in LMICs. For Israel to successfully support its entrepreneurs in addressing LMIC markets, it will need to create an aligned innovation ecosystem, to ensure capital is properly structured to enable innovation and growth.

Israel should also work to strengthen excellent programs such as the Pears Challenge by directing public funding toward basic research, encouraging private backing for product development, strengthening commercial infrastructure for sales and marketing, and aligning governmental support to adopt and integrate validated technologies.

In addition to adjusting its own carbon emissions, Israel can significantly contribute to humanity’s fight to survive climate collapse by unleashing its entrepreneurial energies on international development

In addition to adjusting its own carbon emissions, Israel can significantly contribute to humanity’s fight to survive climate collapse by unleashing its entrepreneurial energies on international development. Israel can even grow its economy while doing so. Israel’s technical expertise is uniquely suited to help LMICs affordably leapfrog the same infrastructure OECD countries will soon be replacing at great cost. By addressing the energy transition opportunity in LMICs, Israel will help create a stronger economic base for itself, and a better future for humanity.