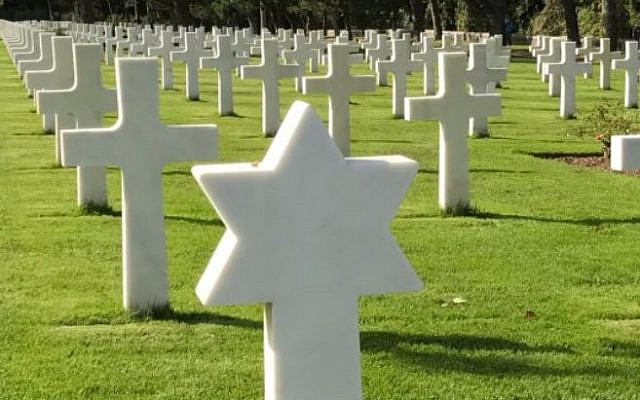 The common word for a tombstone in spoken Hebrew is a matzeivah (literally, “monument”), and, indeed, when Yaakov buried his wife Rachel, the Torah reports that he erected a matzeivah at her grave (Gen. 35:20). Elsewhere (Yechezkel 39:15 and II Kings 23:17), the Bible refers to graves that are marked with a tziyun (“marker”). A third word for gravestone appears in the Mishnah (Shekalim 2:5): According to one opinion in the Mishnah, leftover money collected for the purposes of paying for one’s burial should be used for building a nefesh (literally, “soul”) at his grave (see also Ohalot 7:1). All in all, we find three words which refer to a tombstone of some sort: matzeivah, tziyun, and nefesh.

Rabbi Yechiel Michel Tukachinsky (1871-1955) writes in Gesher HaChaim that these three synonyms for tombstones reflect three different reasons as to why such monuments are erected. The word matzeivah connotes the tombstone’s role in making sure that the deceased’s tomb is visible and known for anyone who wishes to visit the tomb and pray there. The term tziyun connotes the tombstone’s function in delineating exactly where the deceased is buried so that others can refrain from exposing themselves to ritual impurity (especially pertinent for Kohanim, who are forbidden from coming into contact with human corpses, see Lev. 21:1–4). Finally, the term nefesh conveys the tombstone’s function in honoring the deceased, and especially paying homage to his soul which may loiter around the final resting place of its former body.

Rabbi Shlomo Zalman Ehrenreich (1863-1944) takes a different approach to the word matzeivah. The word matzeivah not only means “tombstone” but also refers to a single-stone altar which was halahically permitted for use in ritual worship in the times of the Patriarchs. Tombstones and altars share a common word because they are both associated with a common feature. Just as sacrifices — which are offered on an altar — have the ability to atone for sins, so does the death of the righteous — who are memorialized with a headstone — atone for sins (Mo’ed Katan 28a).

Others explain that all three words for tombstone reflect the deceased’s desire to continue serving G-d and fulfilling the commandments if he would have remained alive. To that effect, the word matzeivah, which also refers to a single-stone altar, represents the notion that he whose tomb is marked by this stone wished to continue worshipping G-d, but was forced to stop because he died. In parts of the Bible written after the matzeivah-altar became forbidden, the Bible uses the word tziyun (“remarkable” or “outstanding”), which conveys the deceased’s desire to strive for excellence throughout his life, and his deathly demise sadly discontinued that worthy pursuit. Similarly, the word nefesh is related to the concept of will (e.g., see Rashi to Gen. 23:8), and when it means “tombstone” it conjures the dearly departed’s will to do good.

Rabbi Moshe Shick (1807-1879) posits that we colloquially use the word matzeivah for tombstone because it is related to the word neztiv (“standing” or “erect”). This instills in us the belief in the future Resurrection of the Dead, by which those who have perished will once again stand up. Rabbi Asher Pollak (1900-1989), a great-grandson of Rabbi Yitzchok Zekel Pollack (1813-1891) who was the Chief Rabbi of Bonyhad, adds that the Bible itself alludes to this understanding. When discussing the aforementioned matzeivah erected at the Tomb of Rachel, the Bible says “it is the matzeivah of Rachel’s burial until today (ad hayom)”. The word “today” (hayom) is a codeword for the day that Mashiach will arrive. This is found Psalms 95:7, which Eliyahu HaNavi cited as a prooftext to the notion that Mashiach will arrive today — if only the Jews would listen to G-d’s voice (Sanhedrin 98a).

Rabbi Pollack also writes that a tombstone is called a tziyun because it is like a road marker in that it reminds those who see it where they are going and what is expected of them.

Rabbi Eliyahu Katz (1916-2004), the former Chief Rabbi of Slovakia and later the Chief Rabbi of Beer Sheva, explains that the word nefesh in the context of tombstones is actually related to the word menuchah (“rest”), as it says “…and on the seventh day, He (G-d) stopped and rested (vayiNafash)” (Ex. 31:17). In this way a tombstone, which marks one’s eternal resting place, is itself associated with the verb of resting.