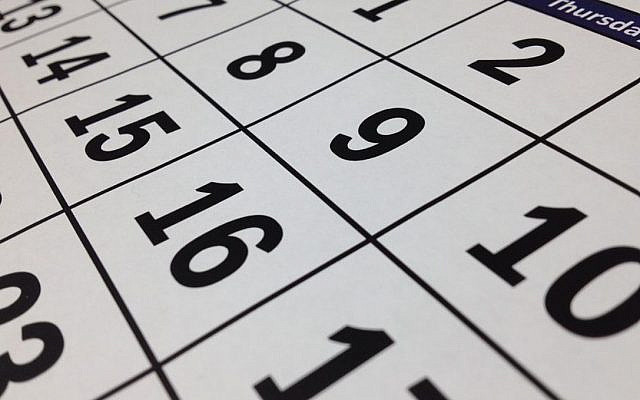 I once saw a dark meme but is often true.  A gravestone stands with the following inscription: Jon Smith, 1930-1980

There are those whose spirits live even after they die, and there are sadly people who are dead while they are still physically alive.   How can we work to ensure that the date of our death and the date of our burial are the same, that we live up to our God-given potentiality?

There is a very strange gemara (Sotah 21b) that states the following: The words of Torah are only [truly] fulfilled by one who makes himself as naught (ayin), as it is written, ‘Wisdom is achieved through Ayin.” (Job 28:20)   It is a shocking statement.  Is not wisdom gained through collecting knowledge, one piece of information after another?  If you want to build a house, you build brick by brick.  You build a solid foundation in order for the structure to endure.  If wisdom is like a house, why would someone demolish it in order to build?

The key to this mystery is found in our parashah, parashat Emor.  The Torah gives us an inventory of the various pilgrimage holidays, Passover, Shavuot, and Sukkot, along with the holidays of Rosh Hashanah and Yom Kippur.  In between the descriptions of these holidays, we learn about the mitzvah of Sefirat HaOmer.  This mitzvah tells us to count from the second day of Passover until Shavuot, 49 days, and seven weeks.  The Torah clearly intends to connect Passover and Shavuot, and for this reason Shavuot is not given a date in the Torah.  In fact, here in our parashah Shavuot is simply called ‘atzeret,’ meaning ‘end point’ or ‘terminus.’  Shavuot in many ways can be considered the last day of Passover in the same way that shemini atzeret is the culmination- the last day- of Sukkot.

If the Torah intends to link Passover and Shavuot, we must look to see whether there are thematic developments in these days, and indeed, there are two salient developments that stand out.  What is the story the Torah wants us to tell during these days?

One development is related to the agricultural calendar in the land of Israel, a theme that is underscored throughout the descriptions of the holidays in this week’s parashah. On the first day of the Omer (the second day of Passover) we offer a sacrifice of an omer measure of unrefined barley sheaves. (The word Omer does not describe a time period, but a grain measurement.  When people ‘count the omer’, they are counting the time from the offering of this sacrifice.)[1] In contrast, on Shavuot we offer a sacrifice of two processed wheat loaves.  Ironically, on the holiday of Passover no chametz can be consumed, and on Shavuot the offering specifically must be chametz.

Secondly, following the destruction of the second Temple, rabbinic Judaism emphasized other motifs to inspire an exiled community without a Temple and without a land.  The historical and spiritual motifs absent sacrifices and Temple took center stage.  The holiday of Shavuot approximated the date of revelation, matan Torah and therefore the rabbis linked the period between Passover and Shavuot as an historical and spiritual journey, from Egypt to Sinai, and from slaves to Pharaoh to servants of God, from slavery to freedom in the law. (In our parashah, these themes are completely absent.)

What are these stories that the Torah wants to tell us through this counting of forty-nine days? First let us consider the barley.  Of the five grains of the land of Israel, it is the first to be harvested.  It is also the lowest form of grain, and in the Talmud, it is associated with ma’achal beheimah, animal feed.  On the other hand, bread is the ultimate food of the human being.  It is processed, ground, and baked.  To bake a loaf of bread takes a community of farmers, millers, and bakers.  For this reason, it is the basis for every meal and received the blessing hamotzi.   ‘You make the grass grow for the cattle, and the grains for man’s labor that he may get food out of the earth. Wine that cheers the hearts of men, oil that makes the face shine, and bread that sustains man’s life.’ (Psalm 104:14-15).  Bread is the exact opposite of the simple barley offering. In fact, the Omer offering is not too different than Matzah itself. Matzah is not so much bread, but ‘unbread;’ it consists of the same grain as bread but is missing the essential ingredient- development.  Like the simple animal feed of barley, on Passover we eat deconstructed bread.

Symbolically, every year we are asked to approach the following question anew.  “What does it mean to be a human being?”  We are animals like any other creature in this world, so what makes us unique?  This is a question that needs to be asked every year anew, as the’ grist’ of life provides us with new data to consider, things that we never thought about when we were younger.  Certainly, this is true considering a worldwide pandemic, political upheaval, economic instability, military conflicts and deep anxiety and uncertainty about the future. (Although in truth this is often the rule, not the exception in human history.)  Kohelet (Ecclesiastes) tells us, and we read this on Yom Kippur, that the ultimate difference between us and the animal is naught– ayin. While the literal meaning of the verse may be a meditation on the more tragic elements of human existence, given the rabbis reading of ayin-nothing, quoted above, we can give new meaning to this verse, a meaning very appropriate to Yom Kippur.  The difference between us and the animals is that we are given the gift of ayin- nothingness.  We have the capacity to begin anew, and this is the gift to powerful living.

Every year with sefirat haomer, we begin a building project.  We start anew. The answer to the question of what it means FOR YOU to be human will change with every year.  In kabbalah the 49 days are each associated with different dimensions of God’s presence in the world (the permutations of the seven lower sefirot), but in the Chasidic tradition these are all aspects of the Divine soul within us, potentialities to be developed. We are all in the process from ‘simple barley’ to ‘developed bread.’  To be human is to be developing and growing.

However, to answer this question in a bubble would be next to impossible.  Jewish tradition says to fully develop as a Jew (and I would say a person), one must be in dialogue.  Being Jewish provides a community that has been asking this question for millennia and continues to ask this question.  We are truly fortunate that we have this gift, or if we do not, we have the potential to access it.  We have the opportunity to be in dialogue with a community of people- past and present- who are engaged in this same process.  If the agricultural metaphor is informative to us as individuals, the historical/spiritual metaphor is instructive to us as a people.

We just recently emerged from Passover, where we were commanded to tell a story of Exodus- sippur yetziat mitzraim.  This story describes a collective transformation of sorts, from slavery to revelation at Mount Sinai.  In Egypt, the Haggadah tells us we started not only as slaves, but as idolators, mired in the thick of ignorance.  We were numerous in Egypt, but the Haggadah tells us we were naked, much like an infant emerging from the wound.   We were unformed.  Over the course of seven weeks, we make our way to Mount Sinai and become a covenanted people, a people with mission and purpose.  Thus, Yetziat Mitzraim is about collective formation!

Rabbi Joseph B. Soloveitchik on many occasions mentioned that a slave is not responsible for time bound positive mitzvoth (mitzvot shebizman gerama), because for a slave there is no qualitative nature of time.  One minutes simply flows into the next, as the slave has no dynamic story to tell.  They are dehumanized, like a cog in a machine, or a beast of burden.  With the counting of the Omer, we begin to qualify time, the sign of a person with responsibilities and a mission.  We are moving towards a goal for ourselves, and for our people.

The Psalms say, ‘Teach us to number our days, that we may gain a heart of wisdom. (Psalms 90:12).  Wisdom is acquired through understanding the potential within each moment.  Thus, as an individual and as a people we go through a process of purposeful deconstruction and reconstruction every year!   People often think progress is moving up step by step.  It is not.  One can progress step by step to a place they never intended.  One can make it to the mountaintop of success, look across the valley to the next mountaintop, and a voice emerges from within.  “I should be on that mountaintop.”  To grow is then to go back down into the valley and ascend anew, or can we say to go back to Egypt every year and journey again to Sinai.

In every stage of our life, whatever age, we have the opportunity to look at things anew.  What got you here will not get you there. New insight and wisdom present itself over the courses of our lives, as we are dynamic beings meant to change and evolve.  Sefirat HaOmer teaches us we need to constantly develop, adjust, and discover our gifts.

[1] In fact, in rabbinic literature there is a discussion whether today, lacking the sacrifice itself, if the obligation to count the omer is rabbinic or biblical in nature.

Inspired by words given to my son Binyamin Klein for his bar mitzvah, Parashat Emor, 2014.