It’s so nice to be able to connect in this most intense and challenging time.  These moments of Zoom togetherness have become little tastes of joy amidst the chaos and upheaval we and the world are experiencing.

I want to say a special message to Harper who chanted her haftarah so beautifully and offered us a timely message about sacrifice during this time of sacrifice. 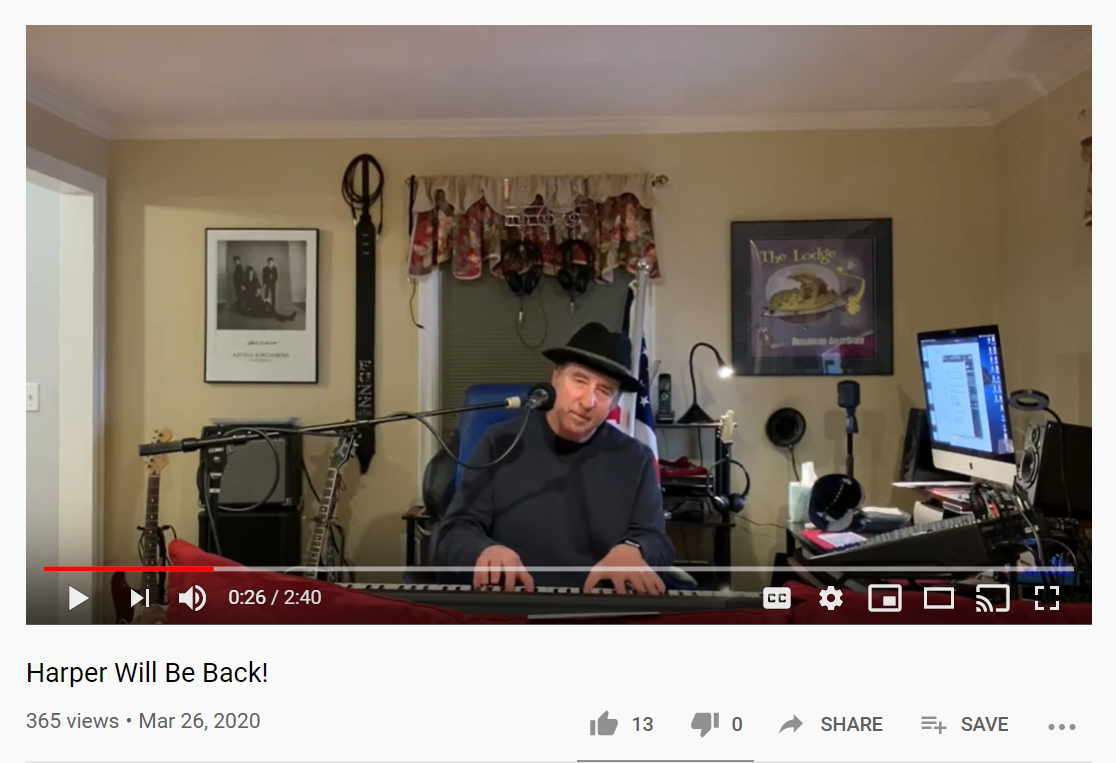 You’ll be back, you’ll see and you’ll have a Bat-Mitzvah that will be great!  Keep smiling and I know we will be back.  Thanks to Ken Zimmerman for that Hamilton-inspired YouTube fun!

That is no exaggeration. 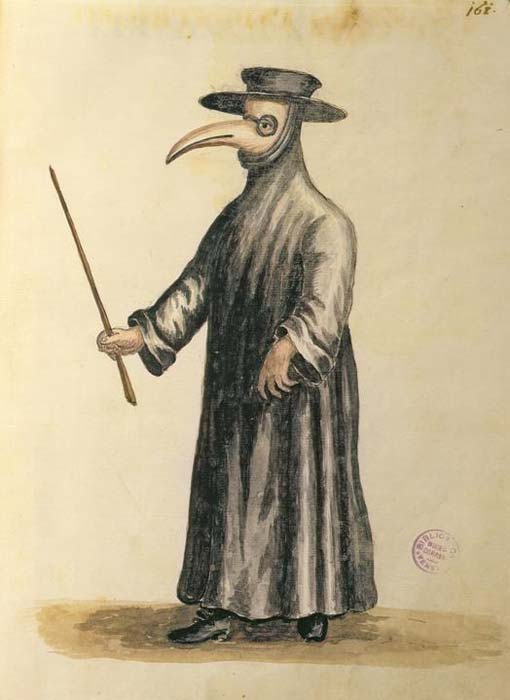 There have been pandemics before in human history like the Bubonic Plague in the 1300s which killed 50 million people, 60% of Europe’s population at that time.  And just a century ago, the planet endured the 1918 Influenza Pandemic where 500 million were infected, a quarter of the world’s population at the time, and some 50-100 million died. 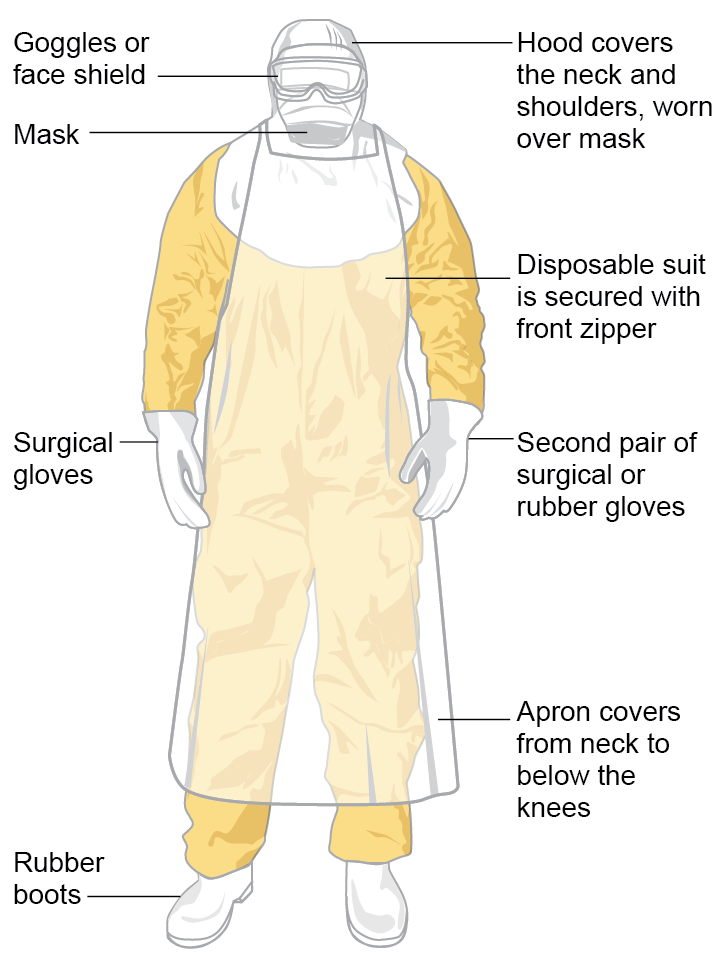 Image from TheHoustonMuseumofNaturalScience BEYOND BONES Blog “Tinder and the Plague Doctor: A Case for Swiping Right” (April 20, 2018)

So, while those moments and numerous others were worse (let’s hope), they had one major difference – people in those times did not know much about how the disease was spread (although the basic approach to quarantines is found in our Torah, Lev. 13:4) and they could not share information and keep everyone at home.

But our tradition has a clear view on this – life takes precedence.  While people will lose jobs and suffer and worse things will happen, we still must come down on the side of life.

And so, we find ourselves in a crisis.  It is a surreal one and as I stand here alone in my office speaking to a computer screen.

This is not normal.

We human beings evolved to be social.

We derive our strength and support from human relationships, from looking into each other’s faces, from being in the same room with others, from human contact and touch.

This is all much more difficult.

But we are coping and adjusting.

Earlier this week I had to go to the bank to have a legal document notarized.  I heard that banks would still be open during this time. But when I got there, I saw people outside the bank waiting 6 feet apart.  An employee let people in one at a time – only two in the bank at once, keeping six feet apart.

It was nothing I had ever experienced before.

We are learning how to live in this new reality and appreciating the benefits.  More of us are coming to minyan and classes and activities.  We had almost perfect attendance at Religious School last Sunday on Zoom!   We had a full board meeting on Tuesday. And a large group for a Zoom Temple Emunah Medical Town Hall.  We recorded it and will be sharing the link in the coming days.

Why are so many people coming? 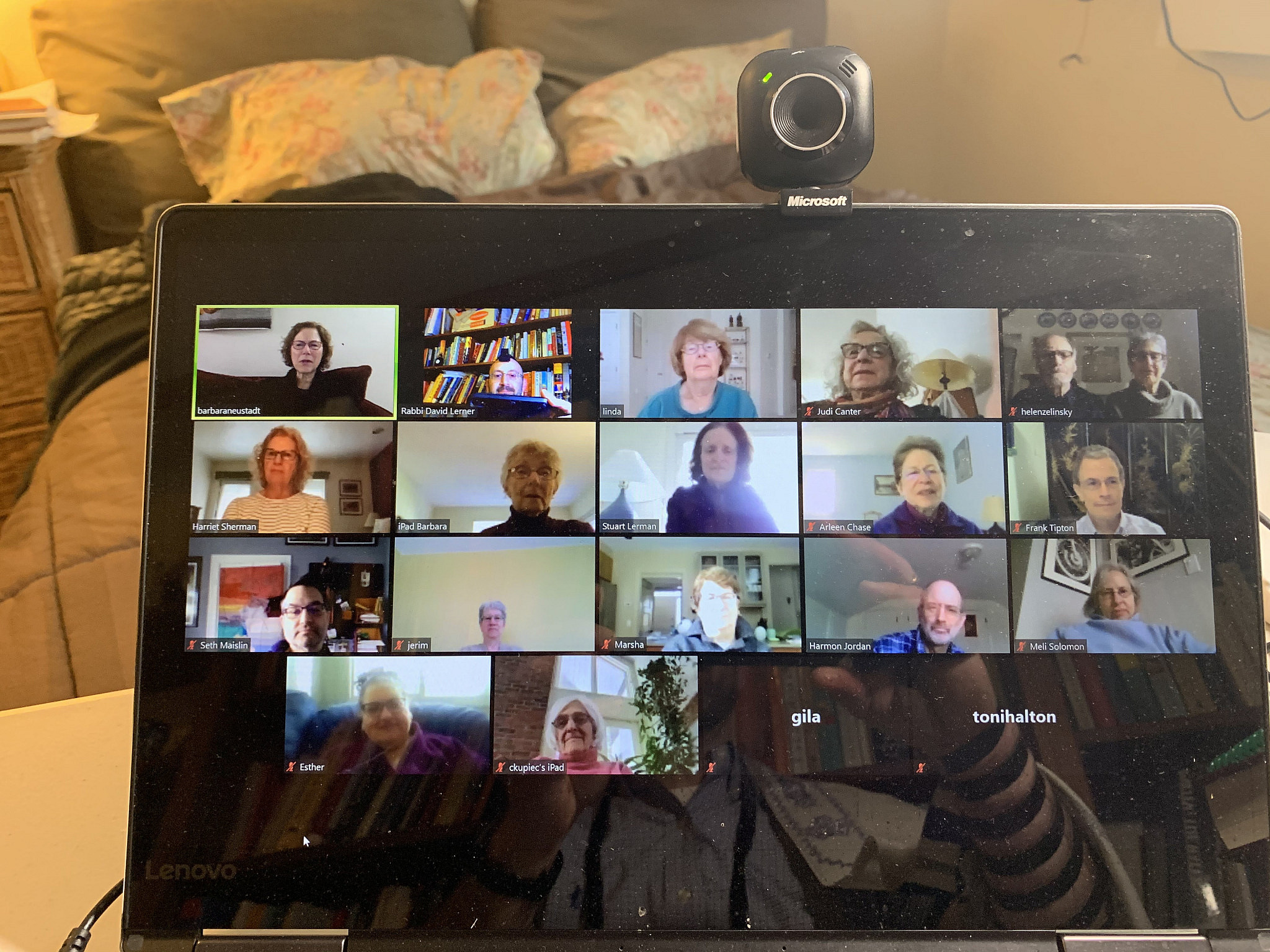 Well, because we want to come together at a time like this and we need to.  And because, quite frankly, it is easier. You can literally wake up and be at minyan in just a few minutes.

There are other benefits.  I was part of a virtual shiva minyan this week with over 100 people and instead of many light conversations, we had one sharing where family and close friends went around and shared remembrances.  It was powerful and poignant. 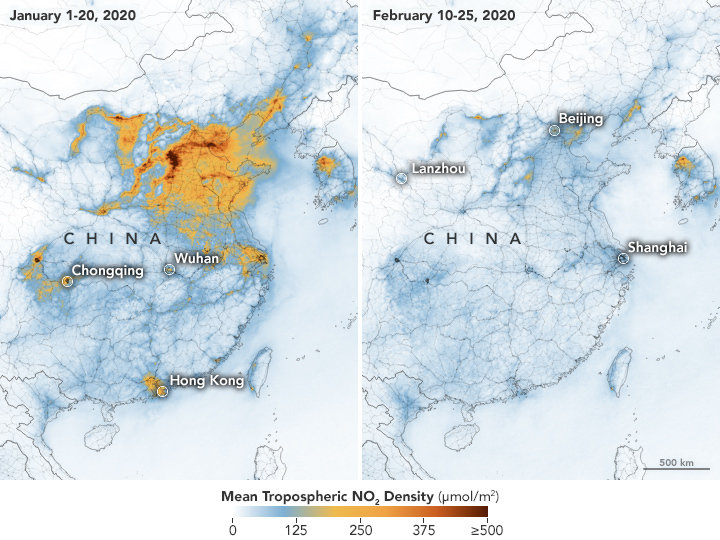 “Why China’s Air Has Been Cleaner During The Coronavirus Outbreak” by Lauren Sommer (3/4/2020)
February satellite readings in the troposphere (the lower atmosphere) of nitrogen dioxide (NO2), a pollutant primarily from burning fossil fuels, show a dramatic decline compared to early January when power plants were operating at normal levels. (Image from NASA Earth Observatory)

I have seen the recent maps of the world’s pollution going down.  It speaks to the economic slowdown, which is troubling, but also to the fewer people commuting and less pollution from vehicles.  Now, when this crisis ends, perhaps more people will work from home and we will make a lasting change in our carbon emissions.

We are at a moment of change in human history.

But one that we have ideas about how to fight.

If our efforts make a difference and save lives, it will have been such an amazing gift.  And the changes to our society will remain with us long after this pandemic has abated.

This is a transformative moment in human history.

As a people, Jews have lived through many such moments.  This is not the first time we have had to change.

Ben Zakkai sees what is coming and comes up with a plan.  He has himself smuggled out of the city in a coffin. By humbling himself before a Roman general and some flattery, he negotiates a deal, allowing him to establish a new center of learning in the city of Yavneh (Talmud Gittin 56b).

While the historicity of this story is somewhat questionable, the Talmud is highlighting an important shift in the religious and political life of the Jewish people after the destruction of the Second Temple. The narrative of the founding of Yavneh symbolizes the birth of rabbinic Judaism, a way of life focused on learning Torah and practicing Jewish law, rather than Temple worship or political sovereignty.

The rabbis brilliantly utilized the time of upheaval to create something new, but not totally new.  There was a morning sacrifice in the Temple, now it would be a morning service anywhere. There was a Minhah, afternoon sacrifice, now a Minhah service.  On Shabbat and holidays, there was a Korban Musaf – an additional sacrifice which became the Musaf service.

That is why when we recite the Musaf Amidah in a few minutes, we include the verses about the sacrifices – still holding to that ancient text, even though there are no more animal sacrifices.

The rabbis understood that while the ritual is different, the emotional feeling is the same.  While the esh – the fire on the altar is no longer there, it is now, the esh, the fire in our own souls.

It is the same powerful feeling.

So, too, now, we are changing our practices, but we are still holding on to the rhythms, the ancient core.  That’s why I have found it so powerful to daven in our minyan. It is not the same as it was in the room, but we are still reciting most of the same words, with the same nusah, the same melody.

And through this time of upheaval, that is holding us…and helping us.

There is a great Hasidic story about the Besht – the Ba’al Shem Tov,  the founder of Hasidism. Once, there was a grave danger that the Besht’s community was facing. The Baal Shem Tov traveled to a special spot in the forest, lit a mystical fire and recited a special Kabbalistic prayer. It worked: the danger passed and everyone was saved.

Many years later, the community faced another threat.  But the Baal Shem Tov was no longer alive. His successor, Rabbi Dov Ber of Mezeritch, had to lead the community through the crisis.  The Maggid of Mezeritch traveled to the same spot where his teacher had prayed. He was not sure how to light the fire, but he remembered the Kabbalistic prayer. So the Maggid said:  “Ribbono shel Olam, God, I remember the place and the prayer, but not the fire. Please accept the place and the prayer and help us.” Again, the danger was averted.

Long after the Maggid, Rabbi Moshe Leib of Sassov had to save his community from calamity. Reb Moshe Leib remembered the place where he had seen his teacher go. But when he arrived there, he burst into tears, declaring, “Ribbono shel Olam, I no longer know how to light the fire, nor say the prayer, but I still remember the place.  Please God, I am here where the holy Baal Shem Tov prayed, please let that be enough and save us.” And it was.

In the next generation, the Ruzhiner Rebbe had to face another danger. Much had been lost.  It was no longer known how to light the special fire, nor the words of the prayer, not even the place. The Holy Rizhiner exclaimed:  “Ribbono shel Olam, the story of the place, the fire and the prayer will have to suffice.”

And it did. The danger passed and all was well.

Today, we find ourselves in a moment of crisis – a moment of danger.  And while we are all taking many precautions.

But it is precisely at a moment of upheaval, of change, when we need our ancient traditions and our stories.  While we may no longer offer the sacrifices, we tell of their transformative and healing power.

While most sadly, we are no longer gathering physically as a community, we are gathering.  We are sharing. We are feeling each other’s pain and losses and supporting one another. And yes, celebrating with each other – as best as we can at this time.

While we do not know exactly what the future holds and we may no longer offer the same ancient rites in the same ancient place, we go back to the place of feeling and connect deeply, spiritually with what our ancestors felt.  We feel what they felt. We know they endured times of great upheaval and we know that we will today as well.