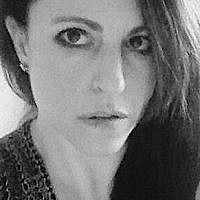 The Blogs
Sara K. Eisen
Apply for a Blog
Advertisement
Please note that the posts on The Blogs are contributed by third parties. The opinions, facts and any media content in them are presented solely by the authors, and neither The Times of Israel nor its partners assume any responsibility for them. Please contact us in case of abuse. In case of abuse,
Report this post.

Jagger strutted through TLV and tweeted through Jerusalem a month ago. It was only a month ago. For five minutes, we were Europe: a kind of messed up Western place with Eastern tensions; no built-in closets; pretty, skinny people wearing black shirts and jeans and still smoking…and owning a dark self-assurance laced with doubt, borne of being state-of-the-art but living with the weight of history all around you.

Now, a month later, we are not Europe anymore. We are not even Israel, we are Lebanon, we are Egypt. As one friend noted on Facebook, “I am five minutes away from unfriending myself.” An intifada looms, because the first two were so much fun. Rockets rain in the South, a dictator reigns in the North, and in between, a start up nation watches four families mourning children, victims of crushing collective hate. (Actually six, if you count Shelly Dadon and Mohammed Karaka.) Cutting edge, we are.

We find the energy to go to work, but cry in the bathroom between meetings. And in the car, where the kids can’t see. It’s their summer vacation. Which started the day of the triple funeral.

Last week, hours before news of the murder of Mohammed Abu Khdeir, I was driving through an Arab village up north on a work-related visit to Harduf, an educational eco-community of coexistence between cultures, and between man and nature. It’s as long-haired-sustainable-Northern- European as it gets, but it’s Israeli, too, right here between Samaria and Syria.

As my Tel Avivian Waze guided me through nameless streets seemingly untouched by the digital economy (in 30 years, turn left, and then, turn right), I noticed several grey stone houses flying the German flag. World Cup. (The neighbor was flying Brazil, which was the only thing that made me nervous in terms of regional conflict.)

I flinched; a German flag on an Arab house in a Jewish country seen by an American girl for two decades now Israeli raised by a mother born in Belgium to a mother who had just left Auschwitz. …And that flag means football! And that flag means normalcy. Normalcy, like Europe. (Vraiment? Vous pensez que l’Europe est normale?!)

What crazy world is this, where 70 years of collective family trauma and healing collapse into ten seconds between potholes on the way to coexistence in what is often a war zone? The irony, more layered, the reality, more crumbling, more eternal, than Rome.

What crazy world is this that by the time I get to the woods to drink hel-laced coffee with an Anthroposophic Arab Israeli and a bunch of social minded vegan Israeli Jews in my urban ankle boots with my expanded 3G package so I can tweet it … I will have learned about a fourth murdered teenager, this one on us.

Their Satanic Majesties…now gone a month. It is going to be a long, hot, bone-chilling summer. When we emerge, I hope we are Israel again: not Europe, not Lebanon, not America. Israel. If you need a primer on what that might look like, ask my new friends in the woods of Harduf between Shfar’am and Route 6, or, noch besser, ask Yishai Fraenkel.