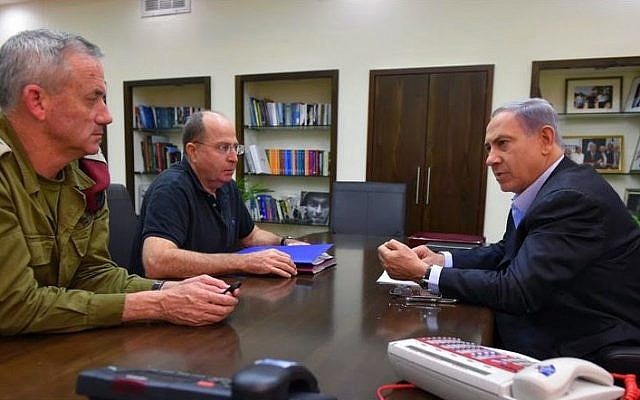 As a Jewish resident of Judea and Samaria I’m often asked if I’m scared to live where I do. My town is close to Palestinian Arab cities and villages and Israelis are targeted by more than three Palestinian terror attacks a day. It would make sense that I’d be scared, but my town is secured well and that’s not my fear. My biggest fear is that an Israeli Prime Minister, full of hubris, will unilaterally pull out of Judea and Samaria in a foolish attempt to bring peace and security to Israel. Unilateral withdrawal from Israeli controlled territory has never brought peace or security to Israel.

In a speech and subsequent blog post former IDF Chief of Staff and founder of the new Israel Resilience party, Benny Gantz said “If it turns out that there is no way to reach peace at this time, we will shape a new reality…even if we cannot make peace with our neighbors, we will work hard and reach peace within ourselves.” A member of his party and likely Knesset member Michael Bitton said to a J-Street Conference that settlements are an obstacle to peace and that he hopes Yerucham, (a southern Israeli city) can provide a home for settlers expelled from their Judea and Samaria homes. These comments and others reveal a party platform that advocates for unilateral disengagement from Judea and Samaria.

The mistaken notion that withdrawal from Judea and Samaria would be beneficial to Israel stems from three fundamental errors. First, Judea and Samaria is Palestinian Arab land called the West Bank. Proponents of this idea prefer the Jordanian name West Bank and all that the name brings with it. Palestinian Arabs and their advocates ignore the Jewish historic connection to the land. Second, that disengagement from Judea and Samaria will bring security to Israel. They argue that without heavy troop deployment in the area, and a geographical divide between Jews and Palestinians, Israelis will no longer be subject to Palestinian attacks. They have short memories and forget that Israel’s withdrawal from Lebanon left a vacuum quickly filled by Hezbollah and its rockets, and the unilateral withdrawal from Gaza gave Hamas a launching pad to fire thousands of rockets into Israel.

Advocates for a unilateral withdrawal from Judea and Samaria defend their arguments by claiming that if the withdrawal doesn’t bring peace and security, Israel can simply attack and the world will support Israel. Israel’s self-defense against Hezbollah in Lebanon and Hamas in Gaza, and the ensuing global outcry of “disproportionate response” and “war crimes” clearly demonstrates that Israel will not enjoy the world’s support when (not if) Palestinian Arabs attack from the lands handed to them.