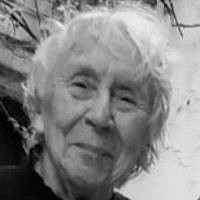 The Blogs
Chava Morris
Apply for a Blog
Advertisement
Please note that the posts on The Blogs are contributed by third parties. The opinions, facts and any media content in them are presented solely by the authors, and neither The Times of Israel nor its partners assume any responsibility for them. Please contact us in case of abuse. In case of abuse,
Report this post.

My father, Rabbi Dr Yeheskel Reich, one of the last representatives of the great European orthodox humanistic and liberal rabbinic tradition expressed in his way of life his conviction that morality, integrity and and humanism were the basis of Jewish life. It is this core that I decided to embrace without the trappings of observance. I did so when I became aware that strict observance was frequently misused to lead in the opposite direction.

I did not for a moment imagine that that such observance with its primitive sanctification of minutiae could lead to the horrors we are encountering now when naïve and simple believers who have been deprived of the basics of knowledge have been, and perhaps still are being deluded into blind faith in their leaders which leads to the crazed disregard of the sanctity of life, (Pikuach Nefesh). It is unbelievable that our authorities have been supporting this for reasons that reek of greed and power whilst hundreds and perhaps thousands are paying for this with their lives.

Are there people who will survive to seize this opportunity for some courageous soul searching?

About the Author
Born in Czechoslovakia 1928, daughter of the last Rabbi of Boskovice, one of the oldest Jewish communities of Central Europe. Fled in time to England where she studied History at London University & Social Sciences & Administration at LSE. After graduation came to Israel. A career that started as the first Social Worker in Massiyahu Prison (experimental open prison). Gained a second degree in Social Work at Columbia University of New York. Worked in various positions, supervision, teaching, research at the Hebrew University. In the second part of her life, after qualifying as an Analytical Psychologist worked in private practice, focusing mainly on different generations of survivors of the Shoah. Involved throughout the years in various forms of activities for Peace. In recent years has devoted herself to helping people to explore and potentiate their own process of aging in the form of workshops.
Comments