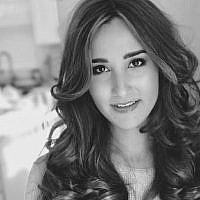 The Blogs
Allison Josephs
Apply for a Blog
Please note that the posts on The Blogs are contributed by third parties. The opinions, facts and any media content in them are presented solely by the authors, and neither The Times of Israel nor its partners assume any responsibility for them. Please contact us in case of abuse. In case of abuse,
Report this post. 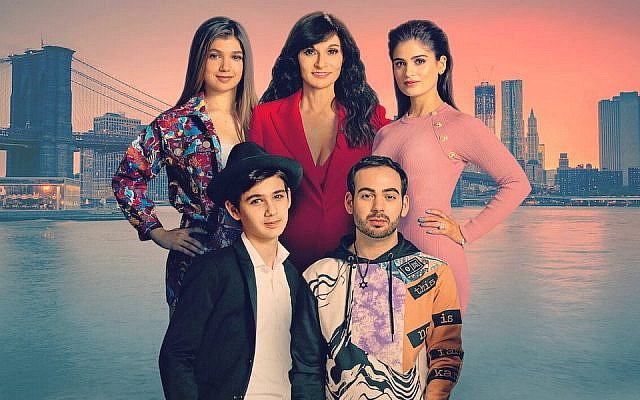 Fashion mogul Julia Haart, top center, and her children are featured in the Netflix reality series, 'My Unorthodox Life.' (Netflix)

JTA — Last month, Pixar released “Luca,” the animated tale of a sea monster who becomes a boy on dry land. The protagonist must come to terms with the part of himself that makes him different, even reviled. And of course, by the end, Luca learns to love himself, bringing most of the townspeople along with him.

With this theme of an outsider’s journey to self-acceptance, “Luca” conjures up memories of so many movies we’ve seen before (think “Shrek,” “Beauty and the Beast,” and “Wonder”).

“Luca” fits in perfectly with the zeitgeist. Viewers are reminded that they, too, should work to love themselves, especially their parts that don’t conform to societal expectations.

But there is another genre of banal narratives that bucks the “Luca” trend. It’s the story of a character so freakish, from a place so abominable, that an ending of affirmation or reconciliation is not possible. The only choice for this misfit is to escape her world of origin as the audience cheers her on.

This reviled place is known as Orthodox Judaism, and its captives have no possibility of learning to love and find meaning in what makes them different. According to Hollywood, their only chance to find happiness and fulfillment depends on escape.

The run of such TV shows and movies in recent years includes global hits such as the documentary “One of Us” and the scripted series “Unorthodox.” The latest is the Netflix reality show “My Unorthodox Life.” It tells the story of Talia Hendler, who walked out on her family right after her oldest daughter married seven years ago. Hendler reinvents herself as secular Julia Haart, fashion designer and CEO of the Elite World Group, the modeling and talent agency chaired by her second husband. Haart eats shellfish, dresses provocatively, urges her somewhat religious son to talk to girls, and encourages her daughter to wear pants (even though it’s a topic the daughter and her husband are still discussing).

We also hear how Orthodox women are second-class citizens and baby-making machines, that secular education is verboten, and that girls can’t play sports or ride bikes. While these ideas may be present in the most dysfunctional homes and the most extreme Haredi, or ultra-Orthodox, communities, the show does not offer the nuance to show the range of behavior within Orthodoxy — including Atlanta, Georgia, and Monsey, New York, two communities to which Haart apparently once belonged. The viewer is simply left disgusted.

Instead of this one-sided — and, as I’ll suggest, inflammatory — scenario, I’d like to propose instead that Hollywood consider the “Luca” approach to ex-Haredi storytelling. What would that look like?

Perhaps a wayward Haredi Jew, fleeing abuse and a lack of secure attachment — a common experience among people leaving Haredi Orthodoxy — seeks out coreligionists who have built systems to prevent abuse and hold abusers accountable.

The protagonist would then spend Shabbat in the homes of these families, where he would be graciously welcomed and unconditionally loved. He’d get to witness what a healthy home looks like when it comes to marriage, parent-child interactions and Judaism.

The character would then reengage with Jewish texts, but this time he’d be encouraged to ask questions, his teachers giving over a Torah of kindness and ethics, affording it the nuance and complexity it deserves. This would allow him to revisit Jewish rituals and observances, approaching them with the goal of finding meaning and joy. The protagonist would then open himself up to the possibility of discovering a loving and compassionate God.

Stories like this would be possible to tell because these are the stories of so many members of our organization. The Makom branch of Jew in the City caters to anyone raised Haredi, though most of our members come from the Hasidic world.

Our tagline is, “From Darkness To Light” because we help our members separate their negative Jewish experiences from Judaism itself. Some members become more Modern Orthodox. Others simply find healthy people in their Haredi community and relearn nuanced approaches to Judaism.

Their stories are similar to that of a woman I’ll call Sorah, who is no longer Hasidic but now lives a Modern Orthodox life. After healing, Sorah has been able to open herself up to the fact that there are healthy Hasidic Jews out there that she never knew about. She shared a profound insight with me: Many of the Jews she knows who left Hasidism behind healed in many ways, but she noticed that something was still lacking in their recovery. It was in the act of revisiting Jewish rituals and texts, and reconnecting with the community and eventually God, that Sorah came to see that there were beautiful pieces of her heritage.

This led to a sense of self-love that has healed her holistically. Why? Because just as there is no running from being a sea monster or an ogre, Sorah explains that a Jew can never stop being a Jew. So her choice is either to despise where she comes from and what she is made of, or to return to the source of her hurt and figure out a way to reclaim those parts that are meaningful — even maybe discovering a different place within the Jewish community that feels like home.

I don’t judge or resent anyone who runs. It is a logical reaction to dysfunction, the main reason most of our members find themselves displaced. At the same time there is a compelling reason not to. When our members learn to separate dysfunction from Judaism, they are able to attain a self-love that changes them in foundational ways.

The Jewish community and the world deserve to have these stories told, not just because it would cause tremendous healing or other marginalized groups get this treatment. According to the FBI, 63 percent of all reported religion-based hate crimes in 2019 were directed at Jews, despite Jews only making up less than 2% of the US population. When our community is shown again and again as only being worthy of escape, that bothers us and emboldens our enemies.

About the Author
Allison Josephs is the founder and director of Jew in the City. Its Makom branch helps haredi Jews with negative experiences find a positive place in Orthodoxy.
Related Topics
Related Posts
Comments
Advertisement