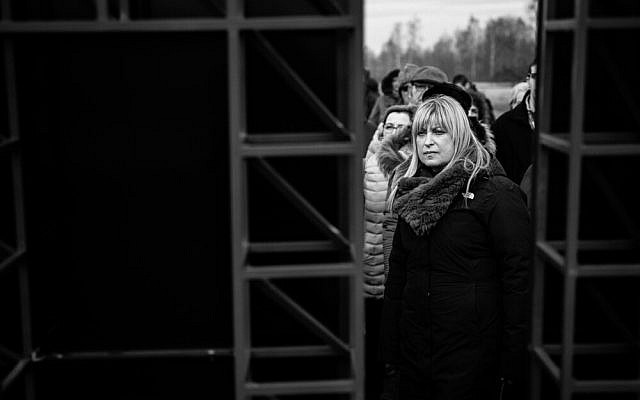 Last week, I took my place for ceremonies in Jerusalem and in Poland to commemorate the 75th anniversary of the liberation of the Auschwitz-Birkenau death camps.

These were simultaneously beautiful occasions and almost unbearably painful for those of us who attended.

We were remembering both the blackest time in history for the Jewish people and undoubtedly the bleakest moment in human history.

It is impossible to contemplate the murder of six million people – our imaginations simply cannot comprehend death on this scale.

However, what was brought home very hard to all of us was that each of these deaths was an individual tragedy.

Families like mine were living perfectly happy lives all over Europe. There were mothers and fathers bringing up children, working, playing, looking forward to holidays. And then they were rounded up for no reason other than that they were Jewish and their lives were snuffed out in the most violent way imaginable. And this happened millions of times.

To give a little perspective, it is comparable to the entire population of Denmark being industrially slaughtered within the space of three years.

Thankfully there were survivors and we were privileged to be able to meet them and hear their heartrending and often miraculous stories of survival against all the odds.

It is all about them.

As long as they are still with us we need to remember their stories, honour them and ensure we listen to them again and again.

When the next significant anniversary comes around there will be no living voices able to talk about the terrible things that were done to the Jewish people and to others.

So now is the time to ensure their stories are heard, recorded and understood. We all have a duty to humanity to ensure that these people who endured so much have not suffered in vain.

Our children and their children must be told of these awful events so that they are never repeated.

That these commemorations were held and attended by a wide range of world leaders was very encouraging. His Royal Highness the Prince of Wales, who was with us in Jerusalem, had already demonstrated his commitment to the Jewish community of the UK with his wonderful December reception at Buckingham Palace, and we were delighted that the Duchess of Cornwall was able to attend the Polish commemoration.

I have been immensely heartened by the way that some of our politicians have stepped up to the plate. Foreign Secretary Dominic Raab and Communities Secretary Robert Jenrick have pledged £1 million to the Auschwitz-Birkenau Foundation, and the Mayor of London Sadiq Khan (who attended the Polish ceremony) has donated £300,000 from the people of London.

The reaction I witnessed from these leaders, and the love for those who survived the horrors of the camps, gives me renewed faith in humanity. And the fact that I was able to meet and speak to colleagues from Jewish communities from around the world gives me hope that our collective solidarity will enable us to meet the challenges we all face.

Ultimately, the most important thing we can all do is to take time out to recall the awful plight of our fellow Jews.

By highlighting their suffering, we keep their memories alive. We also realise how lucky we are to be living in this time and place.

We will do whatever it takes to ensure that this never, ever happens again.