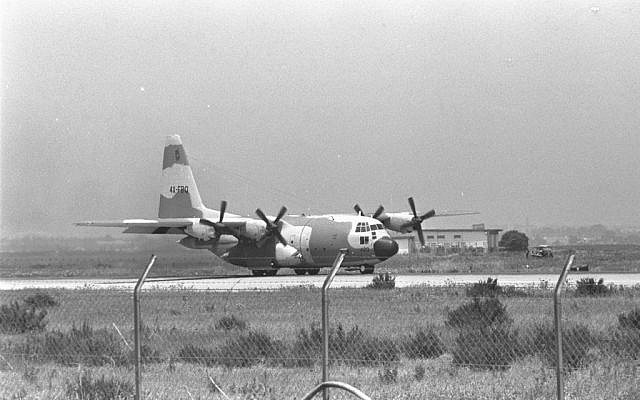 Many people have asked me why I spent 25 years trying to bring communities together and to counter hatred; in particular, they question why I picked on work supporting better relations between Jews and Muslims and in countering far right and Islamist extremist.

Well, the answer somewhat lies in what took place on the 3rd of July 1976 in what came to be known as ‘Operation Thunderbolt’. This military operation to overcome terrorism, shaped my view deep down of what I wanted to do later in life.

Forty-four years to the day, about 800 miles from where my family were in Kenya, Israeli commandos who were part of the elite Sayeret Matkal unit landed in Entebbe airport, in the Ugandan capital of Kampala. Their job was to neutralise and kill terrorists who had held Jewish hostages captive for a week and who under the control of Wadi Haddad, who had recently splintered the violent extremist group called the Popular Front for the Liberation of Palestine. The ‘other half’ of this outfit which now had two separate branches, (much like the ‘Judean People’s Popular Front’ moment in the ‘Life of Brian’ film), was led by the wanted terrorist, George Habash.

The terrorists comprised of members of this splinter terrorist group allied to two members of the far left group – the Germany based ‘Revolutionary Cells’. The two individuals involved were Wilfried Bose and Brigitte Kuhlmann. They had trained with Haddad’s armed factions in Yemen and joined the Air France flight which had originated from Israel and which made a stop-over in Athens, before cruising to Paris. At the time security in Athens airport was virtually non-existent and so was it was an easy target for a terrorist group looking to take hostages.

There was a cross-over of ideology between the far left ‘Revolutionary Cells’ and Palestinian militant groups at the time who used terrorism for social change. They both regarded Israel as a ‘colonialist project’ and as part of a ‘capitalist legacy’ against socialism, much of which was embedded in the Middle East at the time through Baathist socialist dictatorial regimes. Not far from the orbit of Bose and Kuhlmann was the influence of one Illich Ramirez Sanchez, the infamous killer ‘Carlos the Jackal’ who was to be arrested in Khartoum in 1994 by French intelligence agents. The Islamist Government of Sudan gave him up because he was of no use to them and therefore became a bargaining tool for them.

The female hijacker, Kuhlmann, was particularly violent and spouted antisemitic statements against passengers as the hijackers re-routed the Air France flight towards Libya and then onto Entebbe in Uganda. It landed, only for Jewish and non-Jewish passengers to be separated and with the subsequent release of the non-Jewish passengers. It was also at Entebbe, some four years back, that my family were forcibly expelled with all Ugandan Asians by the brutal and unstable dictator Idi Amin ‘Dada’.

Two days ago, I asked former commandos in Sayeret Matkal why Amin had allowed the flight to land in Entebbe. There were two views; one that Amin had asked the Israeli Government for help in attacking Kenyan air force units who wanted to oust Amin from East Africa and he was turned down, and the second was that Amin was looking for help and resources from the Middle East and therefore saw an opportunity to align himself with the Palestinian cause. What is clear is that Amin tried to play the ‘neutral party’ with Israeli hostage negotiators, as though he was part of the solution. The fact was that he was in cahoots with the terrorists, who wanted to use the hostages to ensure the release of Palestinian and far left militants. Amin thought he could play the world by being the ‘peacemaker’ and he only ended up showing the world what a devious unstable man he was.

On the 3rd of July 1976, about 180 Israeli commandos were in the air circling Israeli airspace. They were waiting for the green light from Prime Minister Yitzhak Rabin who was weighing up options; the two options were, continue negotiating as the situation dragged on and Amin became more erratic or send in the commandos. When the final decision from Rabin came, it came with a proviso. If the military raid led to the killings of thirty or more hostages, Rabin would resign. He was therefore approving Operation Thunderbolt and the military rescue of Jewish hostages.

When the green light came, pilots dipped to a range of thirty feet off the ground and under radar networks as they flew across southern Israel and into Egyptian airspace, traversing south westwards towards Uganda. This meant crossing hostile countries such as Egypt and Sudan where any air accident would have meant certain death for the commandos. However, one of the problems that the commandos hit was severe air turbulence so close to the ground, which meant that many started to throw up and lose their balance as the planes buffeted turbulent winds flowing upwards from the hot ground below. Leading the Sayeret Matkal unit was Yoni Netanyahu, the brother of Israel’s Prime Minister.  Yoni was to lose his life in this raid, picked out by one of Amin’s soldiers close to the Entebbe terminal.

To make matters worse, as the planes started their descent into Kampala, they hit a tropical storm which threw the planes vertically and added to the heat, motion sickness and the disruption that the commandos had felt as they put up with the severe turbulence going into the theatre of battle. Descending into the tropical storm, they could finally see the lights of Kampala and the target ahead.

It was a quiet night in Entebbe and the hostages were making ready for another hot night within the menacing environment of the terrorists. Much like other nights, the routine was to keep as quiet as possible, try and stay well and not bring attention to each other. The terrorists were also not expecting a raid by Israeli commandos and had seen news items of Rabin and his cabinet saying that they wanted to carry on with the hostage negotiations. It was a ploy to catch them off their guard and to give the Israeli unit a chance to penetrate into the airport terminal with as few casualties as possible. So, when the unit landed, the aircraft doors opened to a quiet night and out came a replica of Amin’s vehicle, replete with Israeli commandos dressed up as Ugandan soldiers. The ploy was to give the impression to Ugandan soldiers in the terminal and on the control tower, that Amin was making a snap visit; the ploy worked as the vehicles stopped just next to the control tower and bullets started to crack and whistle across the tropical quiet evening air.

By now, Israeli commandos were taking out Ugandan soldiers around the entry points to the terminal and on the control tower. As they did so, Yoni was hit just underneath the control tower and had to be taken out of the raging battle by colleagues. Commandos entered hostage halls 1, 2 and 3 next to the old terminal and systematically took out members of Haddad’s network. Bose and Kuhlmann were killed on the spot without them firing a bullet and died shocked at the fact that Israeli commandos were on the ground in Entebbe. Sadly, three hostages were also killed and one elderly lady, Dora Bloch, had an illness and had previously been transferred to hospital by the Ugandans and she died in Uganda. Her remains were brought back to Israel three years later. In 2007, British intelligence reports showed that she had been killed on the orders of Amin. She was a dual British-Israeli national.

What has never been fully valued is the role of Michel Bacos, the pilot of the Airbus 300 Air France flight, who had the opportunity to leave with the other non-Jewish hostages, and chose to stay. Born in Port Said in Egypt, such was the care for his passengers, that he made sure every one of them was on the Israeli military planes before he got on and at his funeral in France in 2019, the Israeli national anthem, the Ha’tikvah was played.

So why did Operation Thunderbolt have such an impact on me. Well, for many Ugandan Asians displaced and kicked out by Amin, it was payback for his actions against Jews, Muslims, Sikhs and Hindus, the latter three faiths making up the faith community groups within Ugandan Asians. We had no voice to object and Israeli commandos were our voice for what we thought of Amin. Furthermore, I still live with the actions of Amin in many ways every day of my life and the raid on Entebbe demonstrated to the world that Amin was not some ‘loveable buffoon’ but a dangerous regional threat and an antisemite. It was the start of his global isolation.

Secondly, I never understand what was the role of Kenya in Operation Thunderbolt, the neighbouring country that I spent most of my childhood in. Turns out that it was pivotal in providing vital information to the Mossad and the Israeli Defence Forces and in refuelling the planes with the hostages which flew from Uganda to Kenya and onto Israel; all the while flying 30-100 feet off the ground under the radar networks of many aggressive hostile nations.

Lastly, one of the commandos partly shone a light to a question I raised as to why Amin was so impulsive and why he made such erratic and disastrous decisions. It turns out that apart from a violent personality, Israeli psychologists assessed him as having severe bipolar disorder, an assessment that was made as the Israelis tried to negotiate with him for the hostages.

Forty four years on, Operation Thunderbolt resonates with me and should not be forgotten. It was Israel’s finest moment in standing up for the innocent and weak and in using innovation and courage to overcome such a huge logistical barrier. That chutzpah is something I will always admire.

About the Author
Fiyaz is the Founder and Director of Faith Matters, which works on countering extremism, community integration and monitoring hate crime work. He is also the Founder of the national Islamophobia Monitoring Group, Tell MAMA, and was it's Director from 2011-2016. He has worked on supporting better Muslim and Jewish relations for over 17 years.
Comments