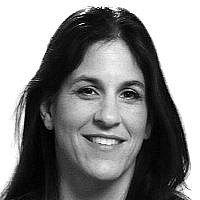 The Blogs
Laura Herschlag
Apply for a Blog
Please note that the posts on The Blogs are contributed by third parties. The opinions, facts and any media content in them are presented solely by the authors, and neither The Times of Israel nor its partners assume any responsibility for them. Please contact us in case of abuse. In case of abuse,
Report this post. 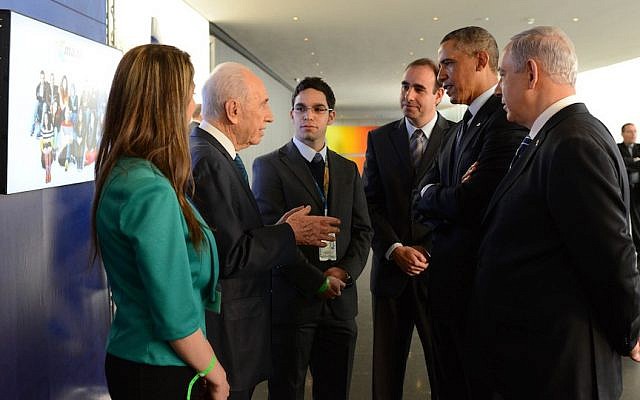 It’s 3 p.m. on a Friday afternoon when I arrive in the sprawling Arab village of Baqa al-Gharbiyye after spending the morning at my friend Ayelet’s house. A look of serious concern crosses her face when she learns where I’m headed. Only after promising to text her when I have left the village does she release her grip on my arm.

Baqa is situated in a densely Arab populated area bordering the West Bank known as the Triangle. According to the 2013 census, the sprawling town of Baqa is inhabited by an entirely Moslem population of 27,000. There has been talk of swapping land in the Triangle for land in the West Bank as part of a two-state political solution.

Exiting Highway 6, I drive 800 meters on a partially paved road into Baka to find an imposing new building perched on a slope. As I drive up, I notice some people gathered near the massive doors. The thick stillness of the Muslim Sabbath is permeated only by their quiet conversation.

My host arrives just as I’m parking. Ahmad Sheikh Muhammad and I have met several times on a mutual quest to develop the entrepreneurial ecosystem in the northern periphery. He visited a hackathon that I organized in the Western Galilee and we’ve been at tech events in Nazareth. 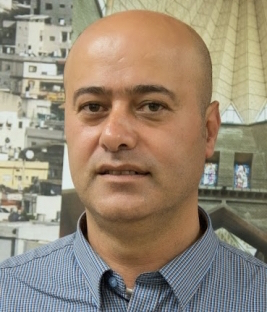 Ahmad is Program Director for the Arab Community of Presentense, an international non-profit that runs accelerators for social ventures and for entrepreneurs in disadvantaged areas. Helping entrepreneurs is my calling and my life’s work and, being based in the northern periphery, I frequently work with the Arab community. When Guy Spigelman, CEO of Presentense Israel, called to see if I would be willing to help with Q-Start, their newest accelerator in Baka, I didn’t hesitate.

Entering the cool interior of the building, a sense of excitement becomes palpable. Ahmad invites us to the kitchen for coffee, where I meet Dr. Arwa Massarwi who directs the Cinema and Television Center in Al–Qasemi College. Arwa’s dream is to establish Israel’s first national school for technical training for the film and TV industry. He is passionate about his vision and the need for this school, noting the increasing number of local and international movies being made in Israel and the PA.

Another mentor, Adib, is a successful young Haifa-born entrepreneur now living in Tel Aviv. Haifa has a thriving community of Arab Israeli entrepreneurs. He knows some of my clients and the downtown corner coffee shop where they hang out. Small world.

The entrepreneurs trickle in. About half are women, wearing an assortment of hijabs reminiscent of the variety of head scarves worn by religious Jewish women. They greet their guests with welcoming smiles and eager eyes. They have come to learn, to absorb whatever knowledge and advice the “experts” are willing to impart. Coming from the world of Jewish entrepreneurs, it is humbling to be in a room full of people looking to me as someone who can teach them something important, something useful. I don’t have to prove myself to them. I’m there. That’s proof enough.

In the session’s opening presentation, a consultant spends half an hour walking her rapt audience through each detailed slide explaining the elements of a “one-pager” project synopsis, the content required, and every step involved in landing that crucial first meeting with an investor. After the Q&A she takes off for Tel Aviv, in time to join her family for Shabbat dinner. The mentoring begins and I meet with a succession of entrepreneurs. We speak in Hebrew and, once again, I promise myself to learn Arabic.

Nineteen-year-old Aseel studied biomedical engineering in high school and will begin studying at Tel Aviv University in the fall. She and her partner Sally, also 19, won fourth place at a young scientist competition for developing a way to protect people who have lost sensation in their hands, a condition prevalent among diabetics. I steer Aseel toward a wearable device concept. Their company profile doesn’t need much work but we discuss a few key points. Afterwards, we continue the discussion by email so that I can see the revised version after she has applied a few changes.

Samia, a mother of three, wears a black hijab and a permanent warm smile. After 15 years managing the business clients sector of the local Bank Leumi branch, she got a teachers certificate so she could teach math in elementary and high schools. Samia’s venture emerged out of a conversation with her 12-year-old son about the issue of infants being forgotten or left in cars. Those children shouldn’t have to suffer, he told his mom. Together they are developing a solution based on smart sensors to ensure the safety of young passengers.

As we’re talking, one of the participants places platters of food on a table. Samia notices my gaze and leads me over to load a plate with firmly stuffed grape leaves drowning in warm olive oil and freshly made kubbe filled with meat and spices. I have died and gone to foodie heaven!

The next team, soon to be married Meraj and Amar, are designing an app that enables businesses and organizations to communicate events to the community. It takes me a while to understand the need but when I do, I realize that they are on course. They should go straight into a tech accelerator in Tel Aviv, I urge them. They would benefit from the mentoring and technical expertise.

I leave before the end, preferring not to make the drive home in the dark. Remembering to text my friend, I let her know that I wasn’t eaten by lions. The energy and passion of these people is invigorating. On Sunday I send a mail to Ahmad with recommendations for each of the projects. Hopefully, they’ll invite me back at the end of the program so I can hear the final pitches.

About the Author
Laura Herschlag is the co-founder of Yarok Medtech, a medical cannabis consultancy working with established companies, early stage companies, and investors. Previously, Laura served as the director of business development of BOL Pharma, one of Israel's largest medical cannabis providers. Laura has over 2 decades of experience working with technology entrepreneurs as a business development and international marketing expert. She has held management level positions at Intel as well as several other high tech companies. Laura holds an MBA from the Kellogg-Recanati executive MBA program. Born and raised in New York and New Jersey, she moved to Israel in 1981.
Related Topics
Related Posts
Comments