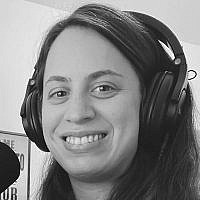 When I was 22, I joined a group whose primary purpose was to debate and analyze the Israeli-Palestinian conflict from many different perspectives. I was one of the youngest members of this group. Many of my peers were around their late 20s. Every Wednesday this group gathered in the context of Hillel, a communitarian center for youth in Buenos Aires. Each week, we had a new visit: journalists specializing in the Middle East, researchers, political scientists, and lawyers. The meetings had started a few years before my arrival and provided a space to develop friendships and other relationships, as happens in most of the identity groups I was part of in the Jewish community.

The excuse might be sports, arts, professional interests, business, and even politics, but the main goal is always the same in these spaces: a strong determination to keep the community together, merge Jews in their twenties with other Jews in the hope they will somehow relate and assure the survival of Judaism in a certain place.

But it was not casual that the conflict was the excuse that gathered us there because it is (and was) a topic for us. It means something, even 13,000 kilometers further. We do Aliyah from countries where, as Jewish people, we are part of a minority. It’s not necessarily that we are being discriminated against as a minority, but we do need to make an effort to keep our cultural and religious identity. So, we go to Jewish institutions. If we don’t, we feel the connection vanishes. It means, also that we feel very proud, or very uncomfortable, about the actions of Israel much more than the ones made by any other country. And why is Israel on the news most of the time? Well, it is still the conflict. When I graduated from University, I wrote my thesis proving that the number of articles about the Israeli-Palestine conflict in Latin American big media sources is 10 times higher than articles about all the other subjects related to Israel combined. 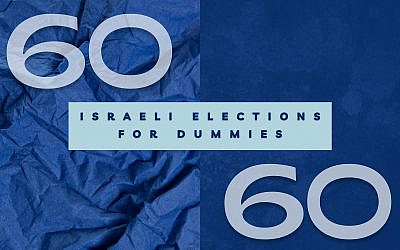 The problem is that after we make aliyah, we face the Israeli’s themselves. We feel we are very ready to talk about the conflict with them. We perceive we might have something interesting to add to the conversation, and usually, we don’t. Most of the time we find out that relating to the conflict, even discussing it, is not that easy. In our conversation with Shannah, a Meretz activist born in France who immigrated here at age 22, I felt very much the same inner struggle, the challenge we face while trying to create this space for conversation. In Meretz, Shannah found the place to deal with this issue in a way that fits the solutions she supports and in the urgency she believes they need to be promoted. But unfortunately, it is not the same with most native Israelis. Many times I found myself frustrated with their own lack of interest or even willingness to take part in any discussion about the conflict. I wonder if it is a product of previous disappointments. Or is it the consequence of the same questions they repeatedly hear while having no answers for them?

The conflict is relevant. It is part of everybody’s life here, but I am not surprised about the few candidates that are still talking about it. It does not have a short simple solution, not one that fits the three-word campaigns that we see all around. Personally, I made a decision regarding this topic a few months after I made aliyah. Since I agree with Shannah in her determination to keep the conflict as part of the discussion, I will vote for parties that deal with the conflict in their campaigns. If parties talk about security, human rights, and the economy, I believe they also need to remind us what their positions regarding the conflict are – and they have positions. The conflict is not just a left-wing problem.

At least on the Israeli side, a lot of the parties believe in some form of a two-state solution. It looks like the disagreement is in the details and in the urgency of the matter. Likud supported the Trump initiative, and Yisrael Beitenu has a whole plan for exchanging population and land. It might not be the same plan the Palestinians want, but their existence is what shows that there is a will to form a better future that isn’t based only on managing the conflict. Also, the reality is that we already have here some kind of two states, I was in East Jerusalem on the last holiday, and it didn’t look like a part of the rest of Israel at all.

To me, Shannah seemed very optimistic about the possible life here after a peace agreement. To protect myself, I choose to be more pessimistic or cautiously optimistic. Leaders have already tried different steps toward solutions, both consensual and unilateral. And even if we will have here two states one day, what I believe will eventually happen, we might still live in another form of conflict. Same as we don’t know what kind of reality we would have lived in if leaders in the past had made different decisions, we also have no full guarantee that a specific choice will lead to the result we hope for. We need to push for the reality we wish to see and keep adapting as reality unfolds.