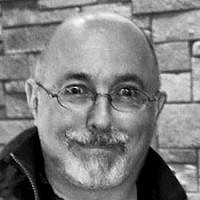 The Blogs
Peter Braun
Born in Prague; former Skokie resident
Apply for a Blog
Advertisement
Please note that the posts on The Blogs are contributed by third parties. The opinions, facts and any media content in them are presented solely by the authors, and neither The Times of Israel nor its partners assume any responsibility for them. Please contact us in case of abuse. In case of abuse,
Report this post.

Equality or The Relativity of Happiness

I once took a class on relativity. I wonder if there is also a psychological and happiness relativity factor. Are people as a whole lot more equal than we think?

On a humorous level, while growing up unsophisticated and not wealthy, I grew up eating cheap frozen dinners made by Banquet. I absolutely loved Banquet Salisbury steaks and fried chicken. I thought that they were Ambrosia, the food of the Gods. Now, that I am wealthier and more sophisticated, I no longer buy anything made by Banquet. How good can 1.00 dollar frozen dinners actually be? How much quality can they possibly put into it for just 1.00 dollar? I’ve become a food snob as an adult; and no longer enjoy imperfect food as much as I did while growing up. Now that I am rich, almost nothing tastes good to me anymore, unless it was made by a great chef or is part of an awesome recipe, made with dozens of spices.

As a kid, I used to tolerate our slow car; it did not have air conditioning, did not have an FM radio, did not have automatic windows. Lastly, it was an eyesore–a total rust-bucket. Now, I would never tolerate not having any of those things. I am certain that someone who does not own a car would be perfectly content with a car that did lack these things. I have become an unhappy car snob.

A wealthy person is sometimes unhappy unless they are living in a large house, with a mac daddy kitchen, expensive and new appliances, giant TV, tons of rooms and space, and a multiple car garage. As a person who grew up in a 1200 square foot home, I am comfortable in small spaces. And there are amazing chefs who cook on simple, inexpensive stoves. Because of house hunters and home improvement shows, we have almost all become house snobs. A 10,000 dollar stove does not matter if you never cook. You should be able to get buy with 2 cars and don’t need a four-car garage. People have always been fine living in 2200 square feet; you don’t necessarily need 6000 square feet. You don’t need a 90 inch TV. Get the 55 inch and sit closer to it. You don’t need the 37-inch computer monitor; get the 24 inch and move it closer to you.

With automation, a wealthy person can buy a car with doors that open and close by themselves. Why? So your muscles can atrophy, requiring that you join a health club to build them back up? Why do we all need hatchbacks that auto-close and minivan doors that auto open and close? We are no longer strong enough to close doors? We can no longer pull down anymore?

I love the Ellen DeGeneres line about breath improvers that you just lay down on your tongue while they melt away in a few seconds. What? Are we no longer able to suck? How lazy have we become? I love how Mad Max movies always show a post Apocalypse society where the super-strong become dominant again, and us super soft, weak, lazy, and white-collar people become the dominated people again. Maybe there is something to be said about not automating all labor-intensive jobs and needs.

All right. I do seem to be able to rationalize anything. I am sure the person who buys the 400,000.00 dollar sedan with auto-opening doors says: that is a great feature! I have always wanted that! Even I fall victim to automation. I bought an auto-propel lawnmower when I bought my first home. I grew up cutting lawns as a scrawny kid, pushing the lawnmower myself, and getting good exercise. Now, I still get to walk, but no longer have to really push. Goodbye strong biceps. As a kid, I also used to snow shovel after every snowfall for about a dozen houses. As an older adult, I used a snowblower. Goodbye strong core muscles, back muscles, leg muscles, and arms.

Thus, basically, not all change is good. Not all automation is great. Making everything easier is not always the road to ultimate happiness. There is definitely relativity to ability, happiness, and psychological wellness. Stop assuming that because you wear more jewelry than your neighbor, you are automatically better than she is. She may run farther and lift more than you do. She may read more than you do. And, maybe, she saves more of her income than you do.

All right. That is it for today’s rant. Stay well.  Be kind.

About the Author
Born in Prague of the Czech Republic. Moved to the U.S. in 1968, during the Czech Spring. The son of two Holocaust Survivors, orphans, who worked in healthcare or science. I have a brother who is a Klezmer musician in Chicago. I studied creative writing during college at Northwestern University in Evanston. For my career, I have mainly worked in IT, as a desktop publisher, database publisher, and intranet web publisher. For writing, I have written user manuals, help files, and training manuals.
Comments