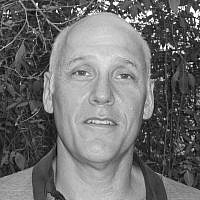 The Blogs
Simon Fink
Apply for a Blog
Advertisement
Please note that the posts on The Blogs are contributed by third parties. The opinions, facts and any media content in them are presented solely by the authors, and neither The Times of Israel nor its partners assume any responsibility for them. Please contact us in case of abuse. In case of abuse,
Report this post. 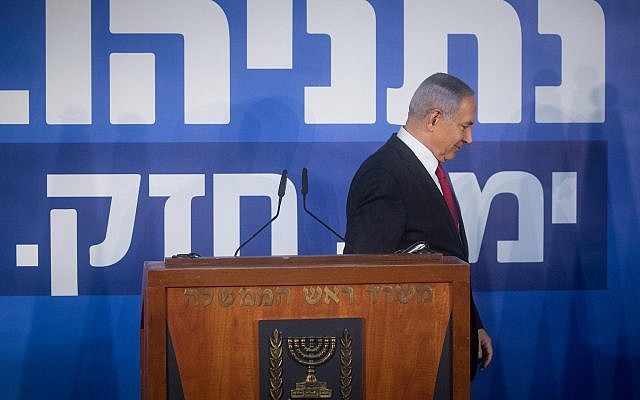 Illustrative. Prime Minister Benjamin Netanyahu departs after delivering a statement to the media in Jerusalem, hours after the attorney general announced his intention to indict him on corruption charges, February 28, 2019. (Yonatan Sindel/Flash90)

In a recent best-selling book entitled “How Democracies Die” (2018), Harvard Professors of Government Levitsky and Ziblat describe the main characteristics that weaken democracy. These include a weak commitment to democratic rules, the denial of the legitimacy of opponents, and a willingness to curb civil liberties and/or the media. The authors emphasize the strategy of deliberate disrespect of the opinions of those who have different political opinions, and attacking the patriotism of any who disagree, or warning that if they come to power they will destroy the country. These elements are evidenced in Israeli society today. Indeed, Israel is facing a crisis that is undermining its democratic core.

In 1993, the Movement for Quality Government forced the Supreme Court to order former prime minister Yitzhak Rabin to fire then-interior minister Aryeh Deri following his indictment on charges of corruption, fraud, and breach of trust. In doing so, a new legal norm and custom was put into place. According to this ruling, an indicted minister is forced to step down in order to preserve the public’s trust in the government and avoid any conflicts of interest. The presumption of innocence remains, and the minister is free to manage his/her defense without restraint or conflict. This law applies only to ministers. A prime minister does not have to be dismissed until after the completion of his/her trial and all appeals are exhausted. However, the fundamental legal norm and ethical principal underlying “public trust” should relate to a prime minister as well. Indeed, in 2008, Benjamin Netanyahu, then leader of the opposition, argued that a prime minister who is buried “up to his neck in investigations” cannot be trusted to give his full attention to running state affairs, and called for Ehud Olmert’s resignation even before his indictment. Olmert did the right thing and resigned before he was indicted, and unfortunately there is a long list of former ministers who were also forced to step down.

Netanyahu has made it clear that he does not intend to resign and has gone on a rampage attacking the justice and legal institutions of the state, further eroding public trust and the rule of law with potentially serious ramifications for the future. Ask any civil liberties lawyer and they will tell you that without the rule of law the presumption of innocence does not matter. It is like worrying about a cold when you have a terminal illness.

Public trust goes to the heart of a debate in legal philosophy that relates to the very legitimacy of any political and legal system. Adherence to law can be by force and coercion, but works best in a democracy when it is by broad consent. When the public generally trusts in and acquiesces to legal norms, it can be said that the rule of law is functioning well. If leaders are not subject equally to the law, the public can lose trust in the system.

In a democracy, the rule of law is a type of cement or glue that binds the political system together while nurturing public trust. The belief in equality before the law is an important component in the nurturing of public trust. The rule of law is a political concept that implies that all people in a state are subject equally to the law and that no person is above the law. Politicians, government officials and judges are all subject to the same laws as all citizens. Aristotle said that the concept that “law should govern” was more important than any individual. Later, the English philosopher John Locke said that freedom and equality in society was dependent upon laws that applied equally to everyone.

The rule of law is also very important to the legitimacy of the state. The Shamgar Inquiry (2008) into ethics of politicians noted the political leadership should be subject to higher standards than the public so that the people can have confidence in their leaders and the institutions of the state. A minister or prime minister charged with a criminal and/or dishonesty offense cannot remain in power without weakening the public’s trust and belief in the legitimacy of the state and its institutions.

A minister needs to be beyond suspicion of dishonesty and reproach; otherwise, dishonest behavior is encouraged and other politicians get the message that this unjust behavior is acceptable and excusable. It leads the public to a general distrust of their leaders and the institutions of the state, and to a disrespect of the system and the law. If a prime minister can act illegally and get away with it, why can’t everyone? The rule of law is weakened when individuals start to pick and choose which laws they will follow and politicians start to act like they are above the law.

The rule of law is paramount in a democracy. Without it there is a lack of checks and balances and we are at the whim of overly powerful dictatorial style leaders. The leader who thinks he or she is above the law or that the law does not apply to him/her is a threat to the very legitimacy of the state. When that leader is also systematically eroding Israeli democracy, like Netanyahu, he should step down in order to protect Israel and secure its democracy. Netanyahu is turning the upcoming election into a referendum on democracy and the rule of law. Another term with Netanyahu as prime minister will lead to continued attacks on the opposition, the justice system, the Supreme Court and the further erosion of Israeli democracy.

About the Author
Simon Fink lives in Israel and is originally from Melbourne, Australia. He studied Law Politics and Economics and is interested in public policy. He has worked for governments in Israel and Australia and currently works for a Bank in Israel.
Related Topics
Related Posts
Simon Fink
Comments