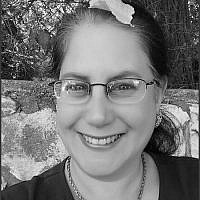 The Blogs
Rahel Jaskow
Apply for a Blog
Advertisement
Please note that the posts on The Blogs are contributed by third parties. The opinions, facts and any media content in them are presented solely by the authors, and neither The Times of Israel nor its partners assume any responsibility for them. Please contact us in case of abuse. In case of abuse,
Report this post.

This letter was found after the death of the king, who kept it for many years in a small silver box on his bedside table. He often read it by lamplight when he retired at night. I never inquired as to what it was, nor did he tell me. By the time he died, the letter was so badly torn along its folds and the ink so faded that it could be read only with the greatest difficulty.

(From a note written by the late king’s chamberlain, found in the royal archives)

Esther, chief wife of Ahasuerus the late king, may God give him rest, to her son the king, may he live long, on the twentieth anniversary of his reign, greeting:

My dear son, I thank God for keeping me alive to see you reign these twenty years, and I pray for God’s blessings upon you. May you wear your crown long in peace, honor, and health, and may the years and prosperity of your reign far surpass those of the late king your father.

As for me, my son, a new guest — an illness of old age — has taken up residence in my body, and I know that one day soon I will follow your father and my uncle, who labored to his last breath for the good of the realm, to the land beyond. I do not fear death, though when it pleases God to call me from this life I will miss you above all that is dearest to me on earth.

While I yet live, my son, I wish to tell you of an incident that took place some years after I came to live in the palace. You will not find this story in the royal chronicles because it was known to three only: Hegai, the eunuch in charge of the women’s quarters, now long dead; myself; and one other who dwells far from here, if she still lives.

As you know, I was not your father’s first chief wife. Before I was chosen, that office belonged to another woman whom I saw but once, long after she had fallen from favor. The first rumors we heard said that she had been put to death for disobedience. But once I had been installed in the chief wife’s chambers and saw her sentence for myself, I felt that death would have been kinder.

My predecessor had been condemned to live out her life in the women’s quarters, disgraced and shunned, not even her name spoken aloud. Her maids and servants had been taken from her, and she had been banished to rooms in the most neglected part of the palace, alone but for the one companion still allowed her: her nurse, an old woman who had come with her from her homeland when she was first married to the king.

The royal chronicles tell of how my uncle exposed a plot against your father shortly after I was chosen as chief wife. They also tell of how my uncle and I risked our lives to bring down a cruel, ambitious man who would have bathed your father’s hands in innocent blood for no cause but his own hurt pride. But they say nothing of what happened after, and it is of that I wish to speak, my son, before I die.

As I told you, I saw my predecessor only once. She never left her rooms — whether out of shame, fear, or prohibition I never knew — but the night her nurse fell mortally ill, she came to my chambers and fell at my feet, begging me for aid.

I raised her and we faced one another: she, the king’s former chief wife, humiliated and outcast, and I, high in his favor. In that moment I remembered how frightened I had been several years before, when I had gone uninvited to the king after not having been called into his presence for a full month, knowing that my people’s lives depended upon whether he spared my own. I remembered, too, how two days later a few words of mine had undone my uncle’s predecessor, whose power had been second only to the king’s. After that, my place was secure and my uncle became the king’s right hand, but I knew how fickle royal favor could be.

I sent for the palace physician, who examined the sick woman and said there was nothing to be done. Her time was upon her, and all that remained was to give her ease. I sent Hegai to her with lotions, warm water, and fresh linen. When she died shortly after midnight, Hegai came to ask me to give order for her burial.

As I opened my mouth to speak, it came to me, as if God had spoken in my mind, that just as I had been given the task of saving my people from destruction, it was given to me now to save this woman. My dear son, I know: she shamed the king your father by refusing his command — but would not her acquiescence have shamed him more? Had she not acted to preserve her dignity as chief wife for the honor of her husband and the realm? And might not your own mother, in her place, have done the same?

Besides, I owed her much. Her fall — which I had never caused or sought — had enabled me to rescue my people in a time of peril.

“I fear you are mistaken,” I said to Hegai. “The woman whose name we may not speak is dead. But her loyal companion lives. Let her be given proper clothing for a mourner, and let her veil her head for her mistress, as mourners must. Give her all that is needful to wash and lay out her mistress’s body, and let the burial take place with all speed. When it is done, escort her to the home of my uncle, who requires a woman of high birth and breeding to attend the wives and daughters of his noble guests. Show him this ring, with a letter that I will give you, and see that all this is done before daybreak.”

Hegai did as I commanded. My predecessor took her nurse’s name and went to live in my uncle’s house, where she served faithfully until a foreign prince who dined often with my uncle, a man he liked and respected, asked for her hand. After ascertaining that they would live in the prince’s own homeland, a country many weeks’ journey from the capital, my uncle gave them his blessing and sent them away with rich gifts.

Through Hegai, he shared with me the news of their wedding and the birth of their first child. In time we stopped hearing from them altogether, though I heard of no trouble in their country. I am old; she was older still. She may lie beneath the earth even as I write this, and if so, may God give her rest.

What I have told you, my dear son, is a secret that I have kept in my heart for many years. Soon you will be the only one who knows it — and though anyone who might have suffered for it is long gone, I wish still to keep it hidden. I charge you, my son, as you revere God: tell no one what I have written here. Guard these words as long as you live, and may God bless you now and always.

About the Author
Rahel Jaskow is a translator, singer, and writer who lives in Jerusalem. She released her award-winning CD, "Day of Rest," in 2000.
Related Topics
Related Posts
Comments