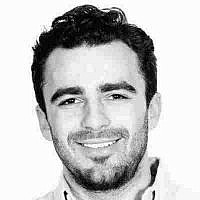 The Blogs
J.Sam Meyer
Apply for a Blog
Advertisement
Please note that the posts on The Blogs are contributed by third parties. The opinions, facts and any media content in them are presented solely by the authors, and neither The Times of Israel nor its partners assume any responsibility for them. Please contact us in case of abuse. In case of abuse,
Report this post. 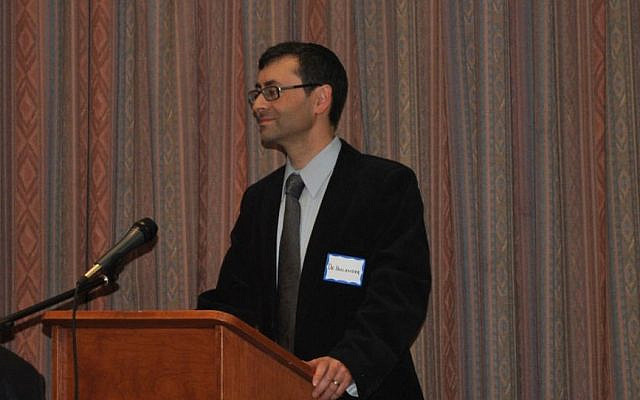 The sad reality is that as a high school student you can’t really appreciate your teachers. The degrees they’ve conferred, the grants they have received, the fellowships and scholarships they were awarded, and the painstaking years of academic scholarship and rigor that transformed them into an expert in the subject matter they are working even harder to bestow onto you. However, with Dr. Isaac Hollander z”l, who passed away on Tuesday morning, his students in the mere 100+ student-Yeshiva High School in Toronto understood that they were privileged with the tutelage of a world-class scholar.

Dr. Hollander’s illustrious academic career took him from a Ph.D. at the Hebrew University of Jerusalem (conferred in 2001) to teaching at the University of Michigan and the University of Toronto with various awards and accolades along the way, including: Social Sciences and Humanities Research Council of Canada doctoral fellowship (1996–99); a Fulbright Commission doctoral fellowship (1997–99); Memorial Foundation for Jewish Culture doctoral scholarships (1997–99); scholarships from the Authority for Research Students at the Hebrew University (1998), the Advanced Studies Center at the International Institute of the University of Michigan (1997–98) and the Harry S. Truman Research Institute for the Advancement of Peace (1996–97); a Yad Ora prize (1996); an E’le Be-Tamar association prize (1996); and Morris Pulver scholarships (1995 and 1996), amongst others.

However, in some constellation of events the small Bnei Akiva High School Or Chaim in Toronto was lucky to convince this overqualified academic to write a curriculum for a new course, The Modern Middle East. The class stood out like a sore thumb in the traditional course offerings of a Yeshiva Day School, and although Dr. Hollander was gracious enough to accept all those who registered, on the first day when he handed out the syllabus with extensive readings from textbooks and archives, assignments, independent study, and even a film, we all understood that this was not going to be an easy elective. So by the second day of classes, when many had quickly dropped the class and retreated to art and gym, the brave few that remained became his students, and what an honor that became.

Dr. Hollander treated us like scholars, challenging our opinions, pushing us to investigate our questions in databases and journals, and rocking our largely-sheltered ideas of the world around us. He exposed us to controversial topics at the time such as the Arab-Israeli conflict and gave us the tools to distinguish between the various sects of Islam, to formulate our own educated and informed opinions of subject matter that would be critical to us as Jews in general, and as students on campuses in the big world.

He called our essays “papers” and our final project “a conference.“ He made us sign up for Mendeley and permitted us to conclude a paper with a question, because as he said, in the Middle East the questions usually outlive the recycled answers of thousands of years of conflict and conquer. We “critically analyzed” the four-hour Hollywood Classic, Lawrence of Arabia, over the course of six 45-minute classes (or three weeks) because he knew that at the end of the day, he could only keep our teenage testosterone occupied with the Sykes-Picot agreement for so long without the help of Peter O’Toole. And when the class was over, and we went on with our lives in Israel or University, with some, he even kept up.

Perhaps because Dr. Hollander lived in the area or because his wife was my little sister’s kindergarten teacher, I was lucky enough to be one of those few to remain in touch. Dr. Hollander would email me while I was in the army and ask my parents for updates about the trouble I was or wasn’t getting myself into at the time. When I would return home to Toronto, I looked forward to meeting him at the shul kiddush and hearing his perspective on current Israeli politics, his new course offerings at U of T, schmooze about Or Chaim, and in general, just catch up.

However, as his daughters eulogized him at his funeral in Rosh Haayin where he lived the last six months of his life, Dr. Hollander was truly a renaissance man. As the years went on and I began my academic career in New York, we would meet for coffee on my visits home and he would tell me about the screenplay he had written or the wine he began making. He would teach me new tunes he was using at the Kensington Home For The Aged where he brought joy to the tefilla of the residents, and rebuke my own davening for singing from my throat rather than projecting from my diaphragm.

From my understanding, Dr. Hollander wished his diagnosis to remain private, and this, combined with the uncertainties of the pandemic over the past three years, is possibly why we lost direct touch in recent years. However, looking back at this time, between writing a paper on the Ancient Islamic Scholar Al Ghazali and an Analyses on Islamic Influences on Medieval Jewish Cultures in Andalusia, applying for grants and fellowships across the world, and burying myself in the archives of libraries from Manhattan to London to Tel Aviv, it is possible that his influence on me was never more profound.

Looking back at my email chain with Dr. Hollander, the last contact we have was him regrettably informing me that he would not be able to attend mine and Eliana’s wedding. However, he wrote (in Hebrew) that “although we sadly will not be able to attend the wedding in Israel, my wife (Ilana) and I, are definitely taking part in the simcha of this joyous occasion”.

Dr. Hollander, as you write in the acknowledgments of your seminal work Jews and Muslims in Lower Yemen (2005), you appreciate the “penchant for textual analysis and observations…and the moral example and pecuniary support” your parents bestowed upon you that enabled you to reach the pinnacles of your scholarship. However, as your student, I cannot find better words than your own to thank you for all that you have given me.

While in that small classroom on Faywood Drive we thought we understood how lucky we were to have such an excellent and forward-thinking teacher, looking back now a decade later at the way your teachings have reverberated in me in the various pitstops I have taken in my academic journey, it is clear that you, Dr. Isaac Hollander, were a true giant, and it is my hope that we can one day be worthy of the whole year you took out of your all-too-short life to show us it’s beauty.

May your memory be a blessing. 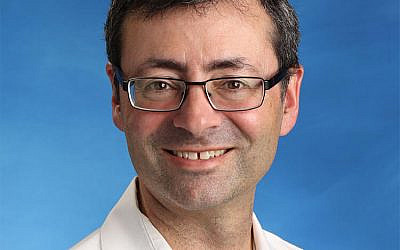 About the Author
J.Sam Meyer is an MD-PhD candidate at Tel Aviv University and Ben Gurion University of the Negev where his work focuses on 3D biological printing. Sam holds a BA in English Literature from Columbia University and an MSc in Health Economics from the London School of Economics. He has consulted for McKinsey and Company, the Boston Consulting Group, and the Israeli Ministry of Health, and currently works for the European Regional Emergency Director of the World Health Organization (WHO). Originally from Toronto, Canada, Sam lives in Tel Aviv with his wife Eliana.
Related Topics
Related Posts
Comments