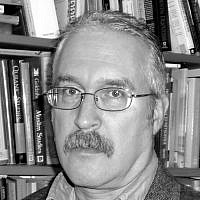 The Blogs
Alex Joffe
Apply for a Blog
Advertisement
Please note that the posts on The Blogs are contributed by third parties. The opinions, facts and any media content in them are presented solely by the authors, and neither The Times of Israel nor its partners assume any responsibility for them. Please contact us in case of abuse. In case of abuse,
Report this post.

Few sights have been more transformative than the body of a small Kurdish boy on a beach. Overnight, Europeans went from glacially averting their eyes to the migration crisis to collective outrage, and then national responses. These responses are instructive; they embody Europe of the past century and shape the next. They also offer answers to longstanding problems.

A prefatory question must be asked — why weren’t Europeans moved by four years of Syrian civil war, by the Assad regime’s barrel bombs and chemical weapons, or by ISIS’ well-publicized beheadings and reintroduction of mass slavery and rape? Only the involvement of European citizens, who routinely return from Syria to undertake local massacres, has raised the concern of European states and populations.

The answer here is fairly obvious and wholly cultural. Nestled comfortably under an American security blanket since 1945, the vast majority of Europeans have no experience of war. European institutions have systematically acculturated generations who are now unable to look at conflict and even discern aggressors from defenders, or good from evil. To do otherwise, to see more than shades of grey, would necessitate action. Perhaps even war.

Many Europeans look at war and simply do not understand what they see. Intervention to prevent war, or to end war, or to address war, refugees and migrants at their source, is beyond both their imaginations and their capabilities. Only Britain and France retain any meaningful military capabilities in the first place. Since the end of the Cold War, military means have been carefully reduced to constrain future options.

In contrast, most Europeans see themselves as humanitarians, a morally satisfying role that casts selected others as victims. In this respect, the current inability to distinguish wartime refugees from economic migrants is telling. The embrace of the former effectively relabels the latter, superficially resolving a longstanding problem. Reports indicate that Afghans and Pakistanis have cheerfully joined the charade, re-branding themselves as Syrians.

But telling national differences appear regarding the migration: the caution of Britain and France, the outrage of Hungary, the warnings from Poland and Denmark, outright embrace by Austria and Germany, and diktats from the European Union itself. Some of these responses are attributable to recent and not so recent experiences. For example, Britain and France have endured horrific outbursts of Islamic violence from its earlier migrants, which still-Catholic Poland has watched uneasily. Denmark has seen a torrent of Muslim immigrants transform neighboring Sweden (where incidence of rape has increased by more than 1400% in recent years) and Norway.

For the European Union, the migrant wave is another opportunity to increase control over the continent’s destiny, to force states to absorb migrants, whether they are capable or not. Power, now in the guise of preening humanitarianism, and the dissolution of nations remain the Union’s goals. Bertolt Brecht’s 1953 poem “Die Lösung” (The Solution) includes these lines, which appear to be taken as advice, rather than a warning:

The people
Had forfeited the confidence of the government
And could win it back only
By redoubled efforts. Would it not be easier
In that case for the government
To dissolve the people
And elect another?

The migrant wave offers something quite different to Germany and Austria. For one, there is the theoretical potential for filling looming labor shortages that threaten to undermine the welfare state. One estimate suggests Germany’s labor shortage will reach some 2.4 million by 2020. The migration crisis comes at a strangely opportune time.

But at a more abstract level, the crisis also offers Europeans a many faceted resolution to the Jewish Question. By offering sanctuary to a tsunami of “refugees,” Germany and Austria (and other “good” Europeans) can finally expiate residual guilt over the Holocaust. Better yet, the migrants are not Jews. Indeed, as we are repeatedly told, since Muslims are the premier victims of the age (albeit at the hands of other Muslims), good Europeans can now demonstrate that they have “learned the lesson of the Holocaust.”

Universalizing it away from the inconvenient facts of history offers the chance to dejudaize the Holocaust once and for all, and to disconnect it from concern for living Jews. Substituting Syrians and Muslims for Jews as objects of concern must offer considerable relief to a certain collective unconscious. Germans and Austrians acting against type by holding up welcome banners must be satisfaction in itself.

But the migration will ensure that Jewish Question in Europe will be resolved in another more practical, if sanguine way. Along with the erosion of nations, another wholly predictable consequence will be to import even more jihadists and sympathizers, who will victimize Jews and European liberal society at large.

The massacres of Charlie Hebdo and the Hyper Casher market were the product of small European Muslim cells trained in the Syrian civil war. Now fighters will be imported to Europe in immense numbers, bolstering indigenous Islamic anti-Semitism on the continent. Jews will be among the first and most obvious targets. Hate crime statistics across the continent demonstrate the growing assault to the extent that even American mainstream media have taken notice and pondered gravely if the end of European Jewish communities is nigh. Of course it is. A cynic might even ask if an unconscious design is at work, a not so subtle choice to replace one minority with another, under fortuitously “humanitarian” circumstances.

The longer-term but equally predictable result will be to hasten the end of liberal democracy in Europe, albeit along different paths. The crisis will prompt local responses. Islamic terrorism has already created security states throughout Europe, with close surveillance and militarized policing. Already overwhelmed, these will necessarily expand further.

Right wing parties and movements are growing everywhere, from Marine Le Pen’s still not yet respectable National Front in France, to Hungarian autocrat Victor Orban’s Fidesz party, to far uglier ones like Hungary’s racial nationalist and antisemitic Jobbik party. Right wing politics, based in part on defense of local Christian heritage, will likely ascend in Eastern Europe, be frozen out in Scandinavia, and have a fair shot at success in France. Outright fascism will also be boosted.

More interesting are left wing parties, particularly Britain’s Labour Party, a prime example of the “red-green alliance” between socialists, communists and Islamists in which each side sees the other as useful idiots. These parties too have made gains across Europe. Most support migration, seeing among other things a means to further dissolve hated national cultures with a new wave of dependents and future voters.

However long the masquerade of European democracy remains intact, politics will bring these parties into coalitions, pander to migrants as new voters, and be translated into policies. And above it all will be continued expansion of the anti-democracy of the European Union itself, uncontrolled and unaccountable to any electorate, which will bask in the redivision of the continent into “good Europe” and “bad Europe.”

Solving the Jewish Question in this way, a “democratic” transformation that finally converts the Jewish state into the Nazi one, will satisfy many Europeans and Muslims alike. Hostility towards Israel, now barely held in check, will come further into the open, directed first against Europe’s Jews. If current patterns hold, outmigration of Jews will only increase. This, too, will answer the continent’s Jewish Question.

In the aftermath of the 2015 Paris massacres, French Prime Minister Manuel Valls stated “There is no Europe without Jews.” That hypothesis will now be tested sooner rather than later.