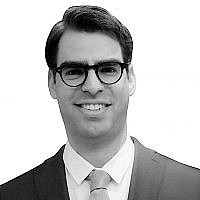 The Blogs
Roie Yellinek
Apply for a Blog
Advertisement
Please note that the posts on The Blogs are contributed by third parties. The opinions, facts and any media content in them are presented solely by the authors, and neither The Times of Israel nor its partners assume any responsibility for them. Please contact us in case of abuse. In case of abuse,
Report this post.

The European Union will stipulate the monetary aid provided to Afghanistan with a demand from Afghanistan to absorb back about 80,000 Afghani immigrants that currently reside in Europe. The demand appeared in a document distributed on Wednesday, and is expected to be handed to the Afghani authorities during a two-day conference that will take place during the next week. During this conference, the fate of the European 3-billion-euro aid to the country will be decided, as a part of the European effort to solve the refugee problem. The union is aware that the mass-deportation of the immigrants will negatively affect the immigrants themselves, and also the stability in Afghanistan.

The attempt to use financial means to reduce the pressure created by the influx of immigrants to Europe began on March, in an agreement with Turkey. According to this agreement, Istanbul is to increase the enforcement on their borders in exchange for 6 billion euros of monetary aid. The Turks have also demanded concessions in the receiving of tourism visas for their citizens. The European Union is also engaged in covert negotiations with countries accused in crimes against humanity, such as Sudan and Eritrea, in order to find a solution for the refugee problem.

Besides the harsh criticism on these debates and arrangements, this also turns the attention to the economic aspect of the immigration wave. The European Union is registered at 500 million, and the gross domestic product is evaluated at approximately 27,000 per capita. However, Turkey’s population is registered at 75 million and the GDP rate stands at a mere 9,000 dollars. A question arises: If the immigrants that arrive in Europe have already brought about a crisis, which the Europeans are trying to end at any cost, how does the EU expect Turkey to be able to cope with the influx of migrants arriving at their borders?

The discussion on the media and among the public has mainly addressed either the moral-humanitarian, or the national-military aspect of the phenomenon. But the wave of immigration also has financial consequences for Europe, who already struggles as it is. This further explains why the EU seeks to condition the activity Turkey and Afghanistan with foreign aid funds, so that those may provide relief in the EU’s immigration expenses, and thus improve the entire region’s economic situation. The EU’s attempts to calm the struggle in Syria and bring about a ceasefire between the warring factions is, too, derived from their desire to halt the flow of immigrant. The escalation of the battle in Aleppo, one of the most densely-populated cities in Syria, is threatening to bring about another wave of migrants to Europe’s shores.

The financial price that Europe has paid, and is still paying, on dealing with the immigration issue is great. According to the data from the UN Refugee Agency, about a 1.35 million immigrants have entered Europe in 2015 alone – more than double the number in the previous year. Since the beginning of this year, there’s been a decrease in the immigration rates, and as of the time this article is being written, a little more than 300 thousand migrants have arrived in Europe

According to the data from the British Ministry of Interior, every Syrian refugee that arrives in the UK, costs the government 24,000 pounds. The final account of such support may reach millions of pounds. It would seem that this was one of the reasons for the success of the campaign for disengagement from the EU, during the British referendum several months ago.

The Cologne Economy Research Institute in Germany has also examined the expected costs of caring for immigrants in the years 2016 and 2017. The research examined the cost of keeping a single immigrant and him with basic needs, among them – food, shelter, and healthcare. The result is quite startling: 12,000 euros annually per immigrant, and about another 3,000 for each immigrant that classifies as a refugee, mainly for language studies and integration with society. According to this research, the German government alone will have to spend about 50 billion euros of taxpayer’s money during this year and the next to tackle the issue. This calculated estimation is based on the 1.1 million immigrants that arrived in Germany by 2015, 800,000 that have arrived and will arrive this year, and approximately 500,000 more in the next years.

The German minister of finance, Wolfgang Schäuble has announced a surplus of 12 billion euro in revenue from taxes in the last quarter. The meaning of this is that Germany, the strongest economy in the EU and the main growth engine in the joint economy block, can handle the financial cost of the absorption of refugees. But what will other countries in the European Union do, whose budget is deficient and their economies decelerating? The answer to that has already been given in the speeches of the leaders of countries weaker than Britain and German, in a form that appears to be an awakening of xenophobia.

Hungarian prime minister Victor Orban, the most severe speaker against the absorption of migrants in Europe, tried to undermine the foundations of the openness towards the migrants and stated that “they are not at all refugees”. He added that migrants continue to travel westward after reaching safe countries such as Turkey and Macedonia “in search of a better life, this has nothing to do with security”. An empowering factor to Orban’s claim is the fact that more than half of the migrants are young men, and the rest are women and children.

The minister of interior of Cyprus, Socratis Hasikos said in an interview with the Cypriot radio: “We will try to absorb Orthodox Christian refugees. It is not a matter of inhumanity or an unwillingness to lend a helping hand, but just to be honest, this is what we prefer”. In that, Hasikos expressed his country’s position, according to which Muslims are unwelcome to be part of the migrants that they are willing to absorb. Slovakian and Czech officials have also declared their unwillingness to absorb Muslim migrants, out of fear for the future of Christian Europe in the event of mass-absorption of Muslim migrants and out of fear from waves of terrorism.

The countries of Europe will have to continue to coordinate between each other and the refugees’ countries of origin in order to divide the economic burden in a fair, equal and sustainable manner. Another option, that looks rather far-fetched at this point, is for the EU countries to invest in direct military intervention in an attempt to calm the ongoing conflict in the unstable countries from which the refugees originate.

The writer is a doctoral candidate, specializing in the Middle East, China, and the relations between them

About the Author
Researcher and PhD student at the Middle Eastern studies department, Bar-Ilan University.
Comments