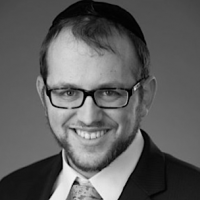 My family was recently blessed with the unbelievable opportunity to visit Israel for a family wedding. Bringing our four small children to Israel, and instilling within them the love of Israel that burns deep within our hearts, was remarkably special, and we cherished every moment of it. The way that our itinerary worked out, required us to have a stopover in Brussels for a day, and then a short layover in Frankfurt before heading back to America. Being somewhat familier with the news, I had my Denver Broncos beanie ready in my backpack, to conveniently put over my yarmulka as soon as we arrived in Belgium. However, as I looked around the plane, a flight on Brussels Airlines from Tel Aviv to Brussels, and I saw so many of my fellow Tribesmen and Tribeswomen, I realized the hat could wait until I arrived in the actual airport in Brussels. On the flight itself, I should be fine. Indeed, as I came to the realization that I could enjoy a free, much needed (traveling overseas with 4 children ages 2-8 aint easy) Belgian beer, I thought that perhaps my anxieties about Europe were unfounded, and its not as bad as the media would have us believe. However, as I was halfway through the beer, my wife returned from the bathroom with a very uneasy look on her face. She explained that while she was waiting for the bathroom, she saw the Belgian male flight attendant showing pictures on his iPhone to a European passenger of the mess that the Jews left on the last flight from Tel Aviv to Brussels. The man made sure to emphasize that he only ever finds such a mess on the flight from Tel Aviv, never any other flight.

To be sure, I for one, do not condone making messes for others to clean up. I am actually an advocate for cleaning up after oneself. So much so, that despite getting of this flight with a car seat in tow, two sleeping children in our arms, and countless backpacks and carry-on items, I was holding a trash bag as well, of the garbage that we had produced during the flight from Tel Aviv to Brussels. However, despite my advocacy for cleaning up the mess that one makes, the idea that a ‘professional’ flight attendant would openly perpetuate a stereo-type that paints Jews in an exceedingly negative light was mind boggling, and made me downright angry. Observing how this man treated other Jewish passengers led me to the clear, obvious conclusion, that he has a prejudice against Jews. Indeed- I had seen first hand, a bigot from Belgium.

A day later, as we were boarding the airplane on Lufthansa from Belgium, to Frankfurt, I was struck by how kind these German flight attendants were treating us. As we were about to land in Frankfurt, where we would have a two hour layover before our long flight to Los Angeles, the lady went out of her way to give our children age appropriate toys. I couldn’t get over her courtesy and sensitivity. And as we inched toward German soil, I was flooded with thoughts about how despite the foreign feeling of the country we were approaching, this is where my grandmother, and her grandparents called home for many, many years. I reflected how cool it was that I would be back on German soil, along with my four children and my wife, 75+ years after the Holocaust. As we were on the shuttle, which was bringing us from the airplane to the terminal where we would catch our next flight, I even felt myself become emotional as I described to my children that we were now in the country where their great grandmother grew up. And unlike in Belgium, where I was quick to don my Broncos beanie over my yarmulka, I had already decided that there was absolutely no chance that I would be concealing my Jewishness in Germany.

Once we were situated at the gate, I took a walk over to a local shop in search of Benydryl. To my chagrin, unlike in America where Benydril is available for purchase at every single gate in the airport, in Europe it is harder to find. As I realized how long the next 11 hours would be, during this day flight in which my kids would not be sleeping, I became distracted with the sight of a bustling bar, at 9 AM near my gate. Germany really is not as bad as I thought it would be, thought I, marvelling at how many people were drinking beer at this early hour. Just then, as I was approaching my gate lost in my thoughts appreciating the Germany of 2017, for no clear reason at all, I felt someone grab me, and push me. Not one to usually get grabbed and pushed, I honestly was startled. By the time I realized that I could inflict serious damage on the perpetrator, he, like a coward, was long gone. As I continued to our gate, trying to explain to my children, who witnessed the incident  what  exactly happened, I had awoken from my delusion that much had changed. I suppose I will never know for certain why the man pushed me. Perhaps that is how Germans treat all foreigners awaiting flights out of their country. Or, perhaps, it is because I am a proud, shameless, kippa wearing Jude.