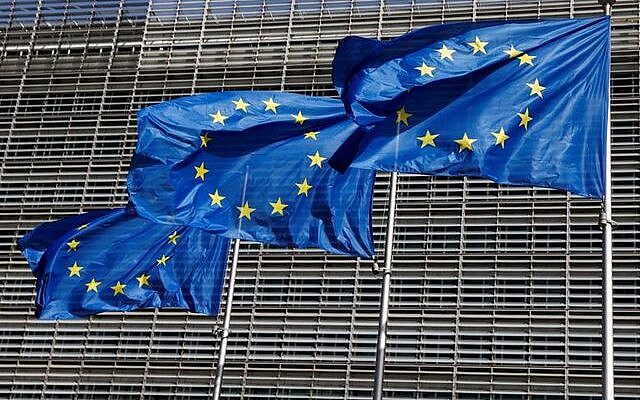 After nearly three months of millions of Iranians in Iran protesting in every major city and town in that country against the totalitarian rule of the Ayatollahs, many European leaders are finally voicing support for the Iranian protestors. Some of the female European elected officials have taken to their parliaments or to the European Union’s parliament and denounced the brutal crackdown of the Islamic regime’s security apparatus against female protestors in Iran. Some of these same politicians have even cut their hair in a sign of solidarity with the women of Iran demanding to be free from wearing the hijab or Islamic head covering in Iran. Yet as an Iranian American reporter, I have been unable to respond to my compatriots in Iran who ask me why none of these same European countries’ leaders are not taking serious concrete actions against the Islamic regime if they truly care about the people of Iran? This is an excellent question that many in the European news media have failed ask the leaders of Europe who claim to support the freedom movement in Iran.

On a daily basis, Iranian protestors post countless gruesome photos and videos of the Islamic regime’s security forces indiscriminately beating them, arresting them and shooting them dead in various Iranian cities. Videos and photos showing young women bearing battered faces and bruised bodies have come forward with their family members sharing horrific details of these women being violently raped in prison by the regime’s prison guards after being arrested for protesting in the streets against the regime’s dictatorship. While Europeans and European leaders have no doubt seen many examples of the horrific violence the Iranian regime is unleashing on the people of Iran, they have only made verbal condemnations of the regime’s crackdowns on protestors. One wonders how Europe which suffered at the hands of both the totalitarian Nazi regime and the totalitarian Communist dictatorships in the last century, now sits idle while an Islamo-Nazi dictatorship in Iran commits unspeakable crimes against humanity?

If the European leaders are truly concerned about the lives of the people of Iran, then why don’t they take real actions that will put the squeeze on the Iranian regime? Perhaps the most important steps they could take is slapping serious economic sanctions on the regime and stopping exports of European goods into Iran? Or perhaps the Europeans could cut off diplomatic ties with the regime by recalling their ambassadors in Tehran and expelling the Islamic regime’s diplomats throughout Europe? Or perhaps the Europeans could stop the dead-end nuclear deal negotiations that have not stopped the regime from enriching nuclear grade uranium since the negotiations were restarted nearly two years ago? Or perhaps Europe could ban Iranian officials and individuals connected to the regime’s security apparatus from entering Europe? Or perhaps the European governments could freeze the personal assets of the regime’s officials, military personnel and those connected with regime’s security apparatus in their banks?

About the Author
Karmel Melamed is an award-winning internationally published Iranian American journalist based in Southern California; He is a member of the Speakers Bureau of JIMENA: Jews Indigenous to the Middle East and North Africa