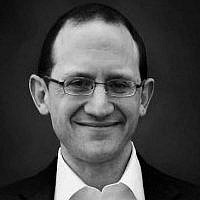 The Blogs
Dov Daniel
Apply for a Blog
Advertisement
Please note that the posts on The Blogs are contributed by third parties. The opinions, facts and any media content in them are presented solely by the authors, and neither The Times of Israel nor its partners assume any responsibility for them. Please contact us in case of abuse. In case of abuse,
Report this post. 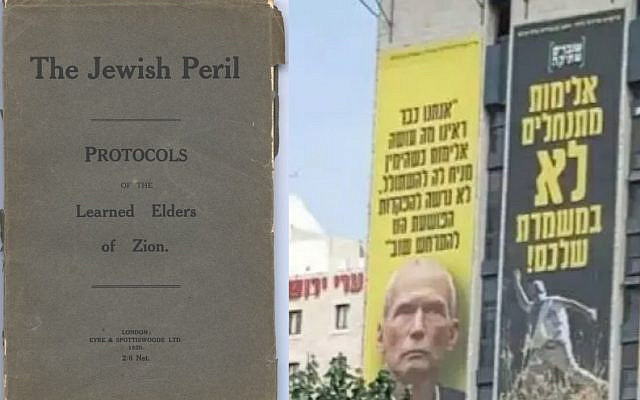 Today is the Tenth day of the Jewish month of Tevet. A fast day marking the beginning of our oldest national tragedy, the destruction of the first temple. The day has also been chosen to serve, as well, as a day of commemoration for the millions of Jews murdered in the Holocaust whose exact date of death is not known.

The word “Antisemitism” is unfortunately so prevalent that it becomes worn down and we forget what it is all about. Reciting the prayer today brings us back into the reality of what this means:

“G-d, full of mercy…. Grant fitting rest on the wings of the Divine Presence …. To the souls of the millions of Jews, men, women and children, who were murdered, slaughtered, burned, asphyxiated, and buried alive in the lands touched by the Nazis and their allies…”

Time and time again we ask how human beings, an entire civilized nation, can take part in the systematic and cruel murder of 1.5 million children. Multiple philosophical, political, societal and cultural movements set the stage which allowed for these events to unfold but there is no doubt that the tool that compelled an entire society to view Jews as subhuman, as a disease of society, thereby justifying their extinction with Antisemitic propaganda.

Antisemitic propaganda is a phenomenon that dates back to the early days of the Second Temple, through the blood libels in Europe and, of course, its modern manifestations over the last century, most notably in Nazi Germany. Like the Coronavirus, this deadly propaganda adapts in order to survive. It utilizes the political flavor de jure to appeal to the masses, be it national socialism or human rights, but ultimately, it is the same evil dressed in different clothes. And as with the Coronavirus, a small particle of evil can wreak havoc, spread broadly, and prove nearly impossible to fight. But the price of ignoring antisemitic propaganda is too high, and so we must identify and oppose it.

A recent global antisemitic campaign has been created and officially funded by the European Union. One would have hoped that the nations on whose soil the atrocities of the Holocaust were carried out might have learned their lesson, but unfortunately that is not the case. The funding for this campaign was approved in 2019 for budgeting through 2020-2021, and its objective was to label the Israeli authorities as responsible for settler violence. As part of the campaign, large posters were hung in the entrance to Jerusalem featuring Benny Gantz and reading (in Hebrew) ‘Settler violence – not on your watch.’

The campaign followed the traditional antisemitic propaganda playbook: make an accusation and use it to delegitimize the entire population. This particular campaign creates an association between violence and all settlers, and therefore justifies acts of violence towards settlers. Of course, some people who live in Tel Aviv consider Jerusalem a settlement, and many others worldwide would not distinguish between Jews in Jerusalem, Tel Aviv, Beit El or Ra’anana – which span a smaller geographic locus than the New York Metropolitan area. The direct result of this propaganda is to justify hatred and violence against all Jews, and we are seeing the results of this and other antisemitic campaigns in the deeply concerning surge in antisemitism.

This campaign was so successful that it has become its own category in the Jerusalem Post itself, featuring associated articles over the past months decrying settler violence.

In contrast, when reporting a terrorist attack, there is no category of “ARAB VIOLENCE” or “PALESTINIAN VIOLENCE.” This propaganda will have us believe that far broader and more prevalent phenomenon of Palestinian terrorism is not a phenomenon at all, but rather just isolated incidents of terrorism which are not indicative of a broader Palestinian violence agenda, whereas the settlers are by and large violent.

Of course, nothing can be farther from the truth. Consider the following two points:

It is an understandable urge for a journalist or a publication to want to fit into the global media community. Publishing pieces critical of Israel or a subset of the population is a rite of passage which will allow a journalist to rub shoulders at cocktail parties with colleagues from the New York Times or Washington Post. However, journalists and editors should be mindful of when they are playing into blatant antisemitic propaganda. It would have been nearly impossible for a journalist in Europe a century ago not to participate, let alone oppose, the vile antisemitism that was put forth as journalism, but that doesn’t absolve them of contributing in a small way to an evil cause. All conscientious journalists should take this to heart but Israeli as well as Jewish journalists should certainly be sensitive not to fall prey to the modern antisemitic propaganda machine.

About the Author
Mr. Daniel was born in NY and made aliyah in the 1980's. He grew up in Efrat and studied at Har Etzion. Dov left Israel to study business in Philadelphia while his wife, Shani received a PhD in Biostatistics. After receiving an MBA from Wharton in 2006, Dov worked in Finance, Legal Services and Special Education. In 2017, Dov returned to Efrat with his wife and six Philadelphia born children.