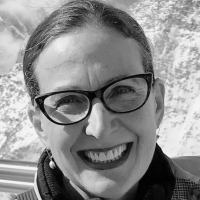 The Blogs
Anastasia Torres-Gil
National Board Member, Hadassah
Apply for a Blog
Advertisement
Please note that the posts on The Blogs are contributed by third parties. The opinions, facts and any media content in them are presented solely by the authors, and neither The Times of Israel nor its partners assume any responsibility for them. Please contact us in case of abuse. In case of abuse,
Report this post. 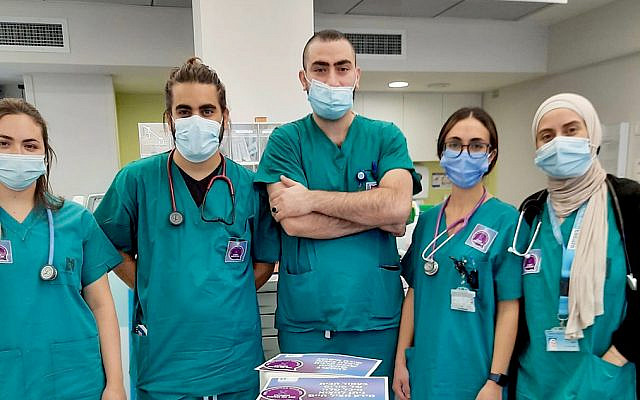 The Times of Israel 1/25/22 headline: “Woman found dead in Ramat Gan; Partner Arrested.” Domestic violence is suspected. Sadly, I know from my years in law enforcement that when a woman dies an untimely death, the woman’s partner is the primary suspect. Unfortunately, and usually, for good reason. This is true even in the “best of families.”

The Israeli government recently increased funding to combat domestic violence and social workers at Hadassah Hospital created an innovative strategy to reach potential victims of domestic violence before their perpetrators do.

During the United Nations’ International Day for the Elimination of Violence Against Women on November 25th, I noticed my Facebook feed filling up with photographs of people at Hadassah Hospital holding signs in Hebrew and Arabic, raising awareness about domestic violence.

I had no idea at the time, but this was an innovative plan by Hadassah Mt. Scopus Social Work Manager Noa Shemesh carried out as a team by both Mt. Scopus and Ein Kerem hospital campuses – to reach out to the surrounding community during these particularly difficult pandemic times.  To accomplish this, Shemesh enlisted the help of hospital staff, volunteers and friends.

When I think of hospitals, I think of doctors and nurses, but I don’t often think of social workers. Here at Hadassah Medical Organization (HMO), a team of social workers provide emotional support to patients and their families in situations of trauma, domestic violence, sexual assault, terminating a pregnancy and more.

But this is the first time that the Hadassah social workers took to social media to spread awareness of partner violence. The signs in Hebrew and Arabic read “No one has the right to harm you” and “We are breaking the cycle of violence.” “The sad reality,” says Shemesh, “is that intimate violence can happen in “any family – even the ‘good ones.’”

Even “the good ones,” I thought. Recently a dear friend of my own family in California was killed by her husband. This was a talented and educated middle class family, without a criminal history, and without – to my knowledge – any overt signs of domestic violence. I shared this with Shemesh, who nodded her head and acknowledged that this was not an unusual situation.

During her work at Hadassah Hospital, she had encountered and counseled many such victims of abuse. However, during the COVID pandemic, dealing with domestic violence had become particularly challenging. Although the Ministry of Welfare & Social Affairs reported a 10% increase in calls to Domestic Violence hotlines (which are available in Hebrew, Arabic, Russian, Amharic and English), many hospitals’ statistics did not reflect the increase.

Shemesh related that the reported domestic violence statistics remained the same, but this troubled her as many people during COVID resisted coming to the hospital (for fear of COVID exposure). Additionally, during the multiple national lockdowns, many of the normal “safe places” for women and children were closed (schools, and places of work) and so many people were isolated while family stressors (such as being confined to a small pace together — potentially with one’s abuser, and the loss of income and social support of friends and family) skyrocketed. Because of those factors, Shemesh worried that many cases were probably not reported or discovered.

So rather than waiting for women to come to the hospital, Shemesh and her dedicated teams of social workers ingeniously decided to reach out to the victims of domestic violence in their very own homes – through social media.

According to WIZO (Women’s International Zionist Organization) 13 women in Israel were murdered by their partners in 2020. That is an increase from the 5 killed by their partners in 2019. As in the United States, domestic violence affects women from all ethnicities, religions, cultures and income levels. To emphasize this, Shemesh directed me to a project called “Listen to Our Voices.” Through computer-generated images utilizing photographs of the murdered women, these women – all strong and independent – urgently call upon the listener to protect themselves to avoid this fate.

To counter the local surge in domestic violence since the start of the pandemic, Shemesh and her team plan to continue to reach out to women who can’t or won’t be able to access much-needed help at Hadassah Hospital. “If they can’t come to us,” says Shemesh, “we will come to them by using social media. It truly is a matter of life and death that we reach them.”

Hadassah has a long and venerable history advocating for the rights of, and the protection of women. View their policy statements here.

About the Author
Anastasia Torres-Gil currently serves on the National Board of Hadassah, the Women’s Zionist Organization of America, Inc., (HWZOA). She is a retired Assistant District Attorney. She served as the Santa Clara County District Attorney's first Hate Crimes Unit Coordinator. In the 1990’s, she was sent to Israel to investigate a Conspiracy to Commit Murder case. She’s a Wexner Heritage Fellowship alumna. Her op-eds have been published in The Jewish News of Northern California, The Oakland Tribune, Thrive Global and Santa Cruz Sentinel. Additionally, she wrote the first training manual for the California District Attorneys Association on how to prosecute hate crimes. In her free time, she creates the pro-Israel comic strip on social media called “Zionist Pugs” (www.zionistpugs.com) and was recognized for this work by the organization Combat Anti-Semitism. Anastasia recently developed and co-led a Fashion, Food, Wine & Design Hadassah tour to Israel and visits the country – and her dear friends there - often.
Comments