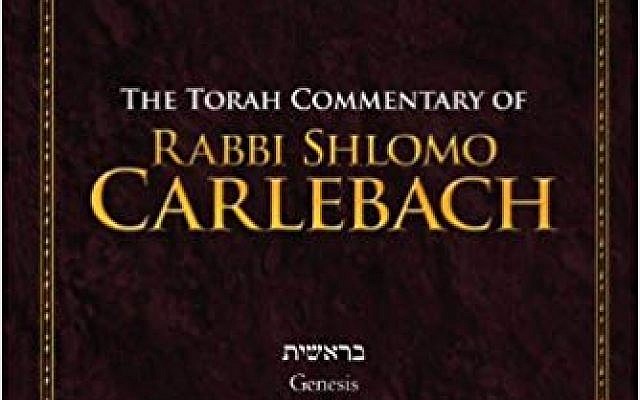 ‘And the Lord called unto Moses, and spoke unto him out of the tent of meeting, saying.’

The Medrish asks why is the letter Alef in Vayikra smaller than the other letters.

The reason our Sages teach that the Alef is smaller is because Moshe was extremely humble and wanted to write the word without an Alef so that it would read Vayaker, the same word which was used when Hashem appeared to Balaam, and one which implies a purely chance event.

Hashem insisted that the word be Vayikra “And he called” to show Hashem’s love of Moshe.  Moshe felt uncomfortable, so a compromise was reached and Moshe wrote it with a little Alef.

Reb Shlomo teaches in the name of Reb Simcha Bunim of Pshischa that even though Moshe attained the greatest heights, he was unmoved by that and remained as humble as ever.

When a person stands at the top of a mountain, he doesn’t  boast about how tall he is, because it is the mountain which makes him tall.

Moshe felt that whatever he had accomplished was due to Hashem, and he had no reason to feel proud of his achievements.

Vayikra-The Secret Behind The Korbanot

Everyone knows that one of the key parts of bringing a sacrifice is regret.When I bring a sacrifice I am basically saying to the Ribbono Shel Olam’ I did wrong and I regret what I did.

Let me point something out to you.

What does it mean that you stand before G-d and you regret something?

To regret something means ‘Ribbono Shel Olam, this is really not the way I am’

Imagine I love someone very much, and I hurt their feelings. When I say’ I am sorry I hurt your feelings’

What do I really mean to say? ‘I’m not capable of consciously hurting you because I love you so much. Some stupid spirit came over me & I used words which I don’t mean’.What I am saying to this person is that it didn’t come from the depths of my heart.

So when you come to the Holy Temple and bring a sacrifice something very important becomes clear to you, I really did not want to sin’.

Sometimes we can live as something or as somebody for years and years, thinking this is what we really want. And one day we wake up and say ‘I’m so stupid, this is not what I want, this is not where I belong’.

The Ba’al Stem Tov says that sometimes we look at ourselves, and while regretting what we did we become sad. But let me ask you, can you imagine living your whole life under the illusion thinking that you did something right when really, it was the worst thing in the world? So, on the one hand, I am sad that I made a mistake, but thank G-d, He let me know of it. I should be jumping for joy when that which I did wrong was revealed to me.

So when a Yidelle came to the Holy Temple and brought a sacrifice, he might have walked in broken-hearted, but at a certain point of understanding the depths of regret, he would end up telling G-d Master Of The World, it is clear to me that this is what I want.

Now let’s go even deeper. Sometimes we only know what we don’t want, but what about what we really do want? The deepest translation of G-d is when it is clear to you what you really want. The deepest question is what does your Neshama want,? What does your inside want?

So you see what the Levi’im would do? The holiness of their playing was that they opened all the gates of everyone’s hearts and everyone’s soul to find out what they mamas want

Purim and Shalach Manos: Sending our love and our thoughts

Everybody knows that the downfall of the world is “loshon harah”. The Gemara says that Haman is the master of “loshon hara”. Mordechai and Esther are masters of NON-”loshon hara”. On Purim, if we do not send “shalach manos” face to face, we are telling each other, even behind your back, I shall not speak evil about you.

Purim: The beginning of our redemption

Our holy Rabbis called Purim “the Dawn” – the sun isn’t rising yet, but it’s no longer night. It’s in between, which is what makes dawn so special.

Anybody who has ever been up all night has tasted the awesome depth and sweetness of davening at dawn. Have you ever prayed by the Holy Wall (the Kotel) at dawn?

So Purim is the beginning of our redemption. We’re waking up being drunk with the joy of being Jewish. Dawn is still too dark; we don’t really see each other. We only see with the eyes of our soul and my soul sees only G-d. On Purim, I send out gifts, but not face to face. This is how I let you know I see you with the eyes of my soul.

Want more inspiration – Other Sites dedicated to Reb Shlomo are: