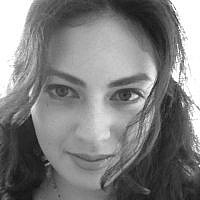 The Blogs
Dalia Lederberger
Apply for a Blog
Please note that the posts on The Blogs are contributed by third parties. The opinions, facts and any media content in them are presented solely by the authors, and neither The Times of Israel nor its partners assume any responsibility for them. Please contact us in case of abuse. In case of abuse,
Report this post.

There is a famous poem titled ‘Everyone has a name’ by the Israeli poet Zelda who was inspired by the Midrash quoted above. In the poem, Zelda recounts the different names people have: the names we receive from our parents, our neighbors, our stature, our enemies and strikingly, our death. This poem has become a Yom Hashoah classic, as we remember the names of those who perished in the Shoah, as well as those whose names are lost to history.

I know their names “given by their parents” as these are the names of my parents, uncles, aunts and cousins. Although, my great grandparents were murdered in the Shoah, their names never died.  I cannot imagine the grief of my survivor grandparents when choosing to name their children after their own parents. The pain my grandmother would have felt every time she called my mother downstairs for dinner. The loss that would ache in my grandfather’s heart, every time his sons were called up for an Aliyah. It took courage and a sense of personal obligation to put their suffering aside, for the greater purpose of remembrance.

I know my great-grandparents though their names “given by their death”. I have read their Pages of Testimony at Yad Vashem, submitted by my surviving relatives. I have been able to piece together fragments of their personalities and their lives, through snippets of stories and letters that were written while on the run from the Nazis. But all this, is colored by the Shoah, by their death. The Shoah robbed me of the opportunity to know my great grandparents outside of their identity as victims, apart from their name “given by death”.

I would like to use this opportunity to remember my great-grandparents, through their names. The only way I know how to remember them.

May their memory be blessed

About the Author
Dalia is currently completing her BA in Arabic, and Hebrew and Jewish Studies at the University of Melbourne. She has been involved in Jewish education for the past five years, and is a perpetual student of any niche Jewish-Arabic topic.
Related Topics
Related Posts
Comments