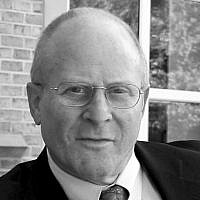 The Blogs
David Schoen
Apply for a Blog
Advertisement
Please note that the posts on The Blogs are contributed by third parties. The opinions, facts and any media content in them are presented solely by the authors, and neither The Times of Israel nor its partners assume any responsibility for them. Please contact us in case of abuse. In case of abuse,
Report this post. 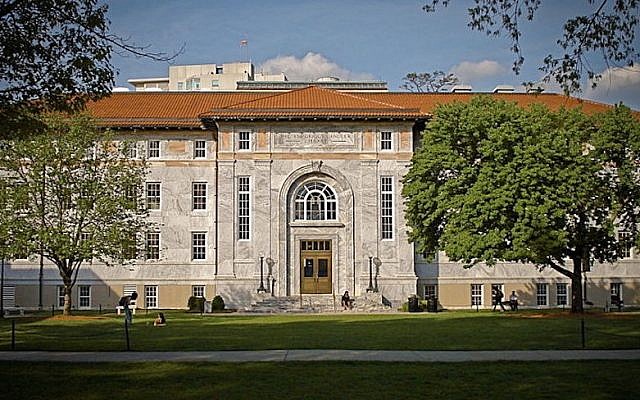 On November 13, 2018, the FBI released its latest data concerning hate crimes in America. The statistics break down hate crimes by various criteria, including the apparent motivation for targeting each victim. Of those hate crimes in which the FBI found the victim to have been targeted because of his or her religion, an overwhelming number of victims were targeted solely because they were Jewish. The numbers are startling. 58.1 percent of all religion motivated hate crimes were perpetrated against Jews because of their religion. The second most targeted group, Muslims, accounted for only 18.6% of religion-based hate crime victims. Even a single victim of religion-based hate is too many; but the percentage of Jewish victims speaks volumes and the official statistics run counter to what one might think from media accounts. Jews have been the primary victim of religion-based hate crimes at least since the FBI began compiling statistics some 25 years ago and this phenomenon appears to be growing.

A disproportionate number of hate crimes and religion-based harassment against Jews takes place on our college campuses, where Jewish students often feel threatened and intimidated because of their pro-Israel advocacy or simply because they wear clothing or symbols that identify them as Jews. There have been a number of documentary films made on this subject. Crossing the Line 2 — the New Face of anti-Semitism on Campus is among the best at capturing this phenomenon.

Religion-based harassment and threats from any source pose a terrible danger to Jewish students across the country. The rise in anti-Semitic incidents on campuses in recent years appears to closely track the rise in the demonstrably anti-Semitic Boycott, Divestment, Sanctions (“BDS”) movement, tied in comprehensive studies to funding and other backing by recognized terrorist organizations. Unfortunately, with at least three vocal and enthusiastic BDS advocates in the current US Congress in Representatives Rashida Tlaib, Ilhan Omar, and Alexandria Ocasio-Cortez, anti-Semitism and the demonization of Israel has gotten a significant push and the failure by Party leaders to unequivocally condemn it has broad negative consequences.

Students at Emory University, an academically outstanding school in Atlanta, Georgia, had been largely insulated from religion-based hate-filled rhetoric, save for a couple of random incidents, until this week. Emory’s undergraduate student body is about 17% Jewish and about 10% of its graduate students are Jewish. Many of those Jewish students woke up one morning this week to find a notice on their doors, near the mezuza on their doorposts, filled with anti-Jewish and anti-Israel threatening hate-filled language. As the stories came in, it was determined that some non-Jewish students found the hate-filled, anti-Semitic flyers on their doors as well. The flyers spread a vicious, false narrative intended to harass and intimidate Jewish students and supporters of Israel.

The flyer posted on their doors in large, bold print, indicated that it was an eviction notice and that the students had three days to vacate their apartments or all of their belongings would be destroyed. It went on to claim that this was being done because the Israeli government supposedly routinely demolishes Arab homes as part of an “ethnic cleansing” campaign and so, Emory students should see how that feels. In smaller type on the bottom of the flyer, after the false propaganda, was a message advising that it was not a real eviction notice; but by the time any reader got to that part the damage was done. Jewish students reported feeling scared, panicked, and worried about their personal safety if their private home space could be so invaded with this anti-Semitic message. 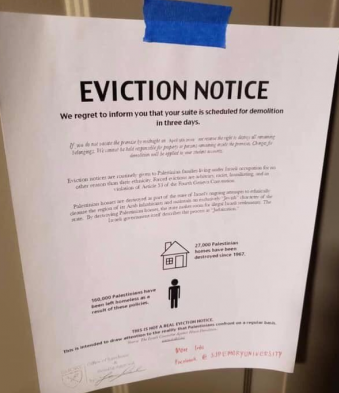 The group responsible for posting the bigoted, intimidating flyers, Students for Justice in Palestine (“SJP”), a founding organization in the BDS movement, has done this before on other college campuses for several years; but this time it was different and even more chilling for the students who were targeted. At Emory, shockingly, the University’s Office of Residence and Housing not only approved the message on the flyer, it put its official stamp on the bottom of the flyer with an official signature. That is absolutely unprecedented and inexcusable. In what universe would a university’s housing office consider it in any way appropriate to put its official stamp and signature on a phony eviction statement containing false and anti-Semitic rhetoric?

When confronted with this outrageous development, the university meaninglessly contended that it had approved the flyer for posting on a bulletin board but not on individual dorm rooms and other student housing. It has steadfastly refused to apologize for putting its official imprimatur on the anti-Semitic SJP flyer that targeted its students.

In addition to being reprehensible that a university would actively endorse such anti-Semitic propaganda for any purpose, Emory’s conduct flies in the face of the law and vitally important efforts by government agencies that enforce our civil rights laws to ensure the safety and well-being of our students on campus. Such conduct is a blatant violation of Title VI of the Civil Rights Act of 1964. With its imprimatur on this bigoted flyer, Emory is complicit in violating the Fair Housing Act. Emory also has violated its own Open Expression Policy that purports to ensure students a safe environment in which they can live and study without incidents of prohibited bias. And the underlying acts are prohibited by Emory’s formal policy on posting and its Code of Conduct and several other formal university policies.

Emory’s conduct is even more baffling and reprehensible when one considers who exactly the perpetrator was whose behavior Emory fostered. Every Emory University student, alumni, and parent should be absolutely outraged and alarmed and should demand answers.

Students for Justice in Palestine portrays itself as a grassroots student organization that serves as a sort of pro-palestinian Arab equivalent to Jewish campus organizations. It is nothing of the kind. Instead, well-documented evidence exposes SJP as an extremist organization with affiliations, since its founding and through its financing, with Arab and Islamic terror groups. Some of its principal founders, financial patrons and ideological supporters have been connected to Islamist terror organizations, including Hamas, Hizbullah, Palestinian Islamic Jihad, and the PFLP, an arch terrorist faction of the PLO, responsible for killing many Americans overseas. SJP is a byproduct of American Muslims for Palestine (“AMP”), founded by leaders who were members of Arab and Islamic terror organizations and who themselves led three organizations implicated by the American government in schemes to finance Hamas between 2001 and 2011. SJP’s funding and tactics have been the subject of compelling testimony before Congress as well, a comprehensive study by two talented researchers (“Students for Justice in Palestine — Unmasked,”) and newspaper reports. At least one legal group currently is asking the Department of Justice to formally designate SJP a “domestic terrorist affiliate,” based on its ties to terrorist and terrorist-related funding.

SJP’s use of these eviction notices is well known within university circles around the country; but even if Emory were not specifically aware of this tool from their intimidation arsenal, it certainly should have better educated itself about the SJP itself before providing its official stamp to their eviction notice. Jewish students on campuses across America have been victimized by anti-Semitic vandalism, verbal attacks, and outright violence by SJP members. SJP is not only avowedly anti-Semitic and anti-Zionist, at one university, their faculty adviser told SJP members they should be proud to be called anti-Semites and should wear the title like a “badge of honor.”

Emory, like every American university, has a great interest in promoting the free and open discussion of important issues of public interest. But that can in no way justify its actions here. This was nothing less than an attempt to intimidate students, targeting them at their homes, in clear violation of University policy; but perhaps more to the point, SJP long ago swore off any interest in dialogue, expressly denouncing the same, while calling for the destruction of the State of Israel through any means, including violence and terrorism. They have expressly announced that they are against any sort of normalization and castigate other groups for even expressing an interest in dialogue or debate with any group that has a different viewpoint.

SJP has been a menace to campuses and has harassed and bullied Jewish students at campuses all across the country and then tries to hide behind a completely unavailing view of the First Amendment. They have been sanctioned and censured and their impermissibly disruptive and threatening conduct is well known. At one university, SJP tried to deny speakers who disagreed with them or who exposed their lies with true facts the opportunity to speak by drowning them out, shouting such slogans as “Long live the Intifada” and “All white people need to die.” This led to their suspension. At another, when a student approached an SJP table on campus and asked to discuss Israel, according to a newspaper account, the SJP representative punched him and called him a “Kike.” Other campuses report students being hit, spat on, and otherwise harassed by the decidedly undemocratic SJP. Another prominent American university has banned SJP from campus altogether in the interest of protecting its students’ safety.

Americans well beyond the Emory University community should be alarmed. SJP has been at the forefront of the anti-Semitic, terrorist group funded BDS movement since its inception. At least three of the current freshmen in our Congress, Rashida Tlaib, Ilhan Omar, and Alexandria Ocasio-Cortez have expressed their full support for and solidarity with the BDS movement and its activities. Tlaib and Omar have spoken at, fund-raised for, and supported pro-BDS organizations and advocates.

Now is the time for our leaders — on campus, in the private sector, and in our Congress to denounce anti-Semitism in all its forms, and in no uncertain or watered-downed terms, to call out the anti-Semitic BDS movement for what it is and to refrain from confusing the fundamentally important American, constitutionally guaranteed right to free speech and the intrinsic value of the meaningful exchange of ideas on issues of public interest with hateful violence and bullyism.

About the Author
David Schoen is a civil rights and criminal defense attorney practicing in Montgomery, Alabama. He represents American victims of terrorism and is actively involved in efforts to fight BDS and other anti-Semitism. He also has represented the Democratic Party as trial counsel.
Related Topics
Related Posts
Comments