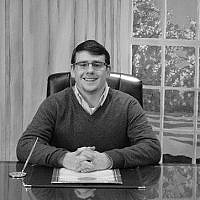 The shocking act of terror in the London suburb of Woolwich cannot be swept under the carpet or dismissed.

What Woolwich did was really bring the plain truth home to everyone. 7/7 was a mass suicide attack which was hard for us all to come to terms with But a young man being butchered to death and decapitated on a quiet London street by unrepentant youths in the name of religion really shakes us to the core.

In the James Bond movie SKYFALL, the character ‘M’ is played by Judi Dench as head of MI5. In the movie she was questioned about their practices in front a Commons committee. After Woolwich, her response is stirringly relevant:

Today I’ve repeatedly heard how irrelevant my department has become. “Why do we need agents, the Double-0 section? Isn’t it all antiquated?” Well, I suppose I see a different world than you do, and the truth is that what I see frightens me. I’m frightened because our enemies are no longer known to us. They do not exist on a map. They’re not nations, they’re individuals. And look around you. Who do you fear? Can you see a face, a uniform, a flag? No! Our world is not more transparent now, it’s more opaque! It’s in the shadows. That’s where we must do battle. So before you declare us irrelevant, ask yourselves, how safe do you feel? Just one more thing to say, my late husband was a great lover of poetry, and… I suppose some of it sunk in, despite my best intentions. And here today, I remember this, I believe, from Tennyson: “We are not now that strength which in old days moved earth and heaven, that which we are, we are. One equal temper of heroic hearts, made weak by time and fate, but strong in will. To strive, to seek, to find, AND NOT TO YIELD.”

Politically Correct will tell you that I must be condemned, but isn’t it funny, that these people will condemn me for telling the non-PC truth but will rush to defend an Islamic terrorist and the free speech of his apologists.

I believe that change must come from within the Islamic communities.  When I say that, I don’t mean just apologising, or turning a blind eye to such atrocities. I am suggesting that we ‘help them along’. From 9/11, to 7/7 during the Iraq and Afghanistan wars, we have been on the receiving end of inhumane acts of terror. We have held talks, preached love and harmony and opened up our lives to such people – and what did we get in return? Non-integration into our society, continued derision and incitement and a grotesque act in which a serving member of the British army is hacked to death on the streets of London. You then get that vile sponger of our welfare state and abuser of our democracy Anjem Choudary refusing to condemn this wicked and barbaric killing.

Until Muslim community leaders muster the courage to exorcise this evil from their midst, it must be left to our police and security services to protect us and future Lee Rigbys in the only effective way.

And the only effective way is the non-PC way   ….. profiling!

This means that we ‘trust but verify’. When any person comes from an Islamic country, we must do proper screening. We must carry out appropriate background checks against all people and families of the same background to those guilty of this crime. We must means-test applications for their housing and benefits. We must assess properly and critically any political asylum requests.  We must monitor Jihadist website traffic and have ethnic undercover police regularly attending mosques to identify hate speech and track the fanatics. We have to streamline our court system to ensure that we can deport undesirables more quickly, both as a protection to us and as a deterrent to future misbehavers.

Some may call this racist and others will call it plain common sense. Look at recent history and acts of terror. Have they been carried out by the Amish, Jews or Greeks?  No, it has come from one place, one people, one ideology. When playing a team sport, we all have to be onside otherwise we lose. This is a deadly struggle against an enemy within. An enemy which is weaning home grown terrorists.

American columnist and bestselling author, Ann Coulter famously said: “if all Muslims would boycott airlines we could dispense with airline security altogether”.

If we can make life as difficult for them as they’ve made it for us, then maybe that will motivate them to clean out their own stable. At the moment it isn’t affecting them, only us ‘unbelievers’ .

I challenge people to come up with a better idea.

What Woolwich has done is provide the impetus for the silent majority of British to find its voice and stand up to defend our way of life and Christian values.

We’ve always traditionally honoured our troops and their sacrifices to keep Britain safe and free. And how have they been repaid?

In the name of free speech, we’ve allowed Islamic hotheads on welfare benefits to demonstrate against them on return from Iraq and Afghanistan, shouting abuse and spitting at them outside Luton airport.

By letting them get away with that, a year later we got the grisly murder in Woolwich.

It’s time to take off the PC kid gloves and start profiling those who’ve openly shown themselves to be proud, outspoken and unrepentant enemies of our state.