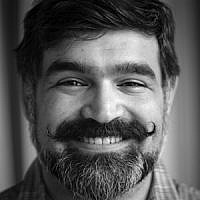 The Blogs
Arnon Z. Shorr
Apply for a Blog
Please note that the posts on The Blogs are contributed by third parties. The opinions, facts and any media content in them are presented solely by the authors, and neither The Times of Israel nor its partners assume any responsibility for them. Please contact us in case of abuse. In case of abuse,
Report this post.

There’s a little Kosher restaurant on Pico Blvd. in Los Angeles called “The Milky Way”. It’s an unassuming establishment with a modest sign and a few potted plants out front. Thousands of people drive by it every day without a moment’s thought, but to those of us who know it, “The Milky Way” is an oasis.

The proprietor, Leah Adler, who celebrated her 97th birthday not long ago, passed away this week. To a great extent, the restaurant is an extension of Mrs. Adler. Its charm is her charm. Its welcoming warmth is an extension of her emphatic sense of hospitality.

When I began to frequent the restaurant, Mrs. Adler (then in her early 90s) was still spry enough to greet customers at the door and take them to their table. She would then glide from table to table, checking in with customers, sharing jokes and recalling stories. If you were especially friendly to her, she might even share an anecdote or two about her famous filmmaker son.

Mrs. Adler didn’t hide the fact that she was Steven Spielberg’s mother. In fact, she decorated the restaurant with movie posters, photographs and memorabilia from his films. But her tone was always that of a proud mother, rather than an adoring fan. She admitted to me once that Steven didn’t always make the kinds of movies she liked – but the posters still adorned the wall.

She was proud of her other children, too, making sure to bring up her daughters’ accomplishments in Hollywood and beyond.

I was struck, in some of my early visits, by just how emphatically normal the restaurant was. It felt more like grandma’s dining room than a celebrity hot-spot, even though Jon Voight stopped in the first time I was there. When I moved to LA, “The Milky Way” became my go-to restaurant for production meetings and business dinners. It seemed like a fitting place in which to discuss filmmaking – at once awash in movie magic, and somehow immune to the vanities of Hollywood.

And every time I showed up, Mrs. Adler was there to welcome me. When I brought colleagues in for lunch, she thanked me for bringing them, and when I showed up on my own, just to get some creative work done, she said she was honored. She made me feel welcome, even special. Once, she stopped by my table and told me I was her favorite customer. I pointed to Steven, who sat a few tables away, and suggested that perhaps he should have that designation. She gave me a mischievous smile and said “I won’t tell if you won’t tell.”

I’m sure Mrs. Adler had many favorite customers. But she still had a way of making people feel unique, comfortable, and appreciated. In one of my early visits, I let slip that I was a big fan of her son. Her well-rehearsed response, meant to put me at ease, was, “so am I”.

People used to ask me what I’d say if I ever met Steven Spielberg, and I used to have no good answer. But now, I know. Without hesitation, I’d let slip, “I’m a big fan of your mother.” 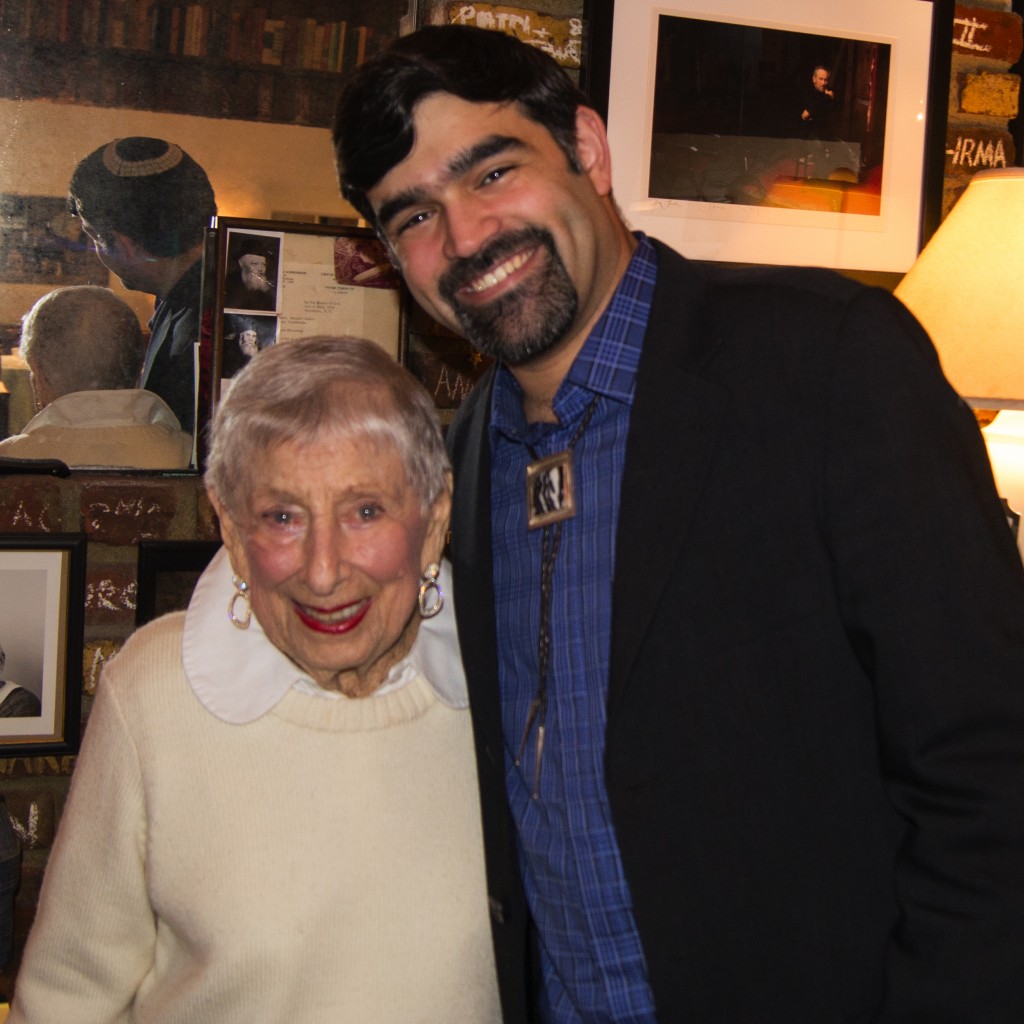 Leah Adler with the Author at The Milky Way Restaurant, March, 2014
About the Author
Arnon Z. Shorr is an Israeli/American modern-Orthodox Jewish filmmaker who lives and works in Los Angeles.
Related Topics
Related Posts
Comments