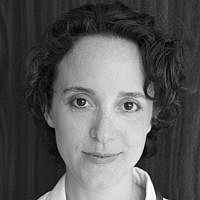 The Blogs
Rachel M. Roth
Apply for a Blog
Advertisement
Please note that the posts on The Blogs are contributed by third parties. The opinions, facts and any media content in them are presented solely by the authors, and neither The Times of Israel nor its partners assume any responsibility for them. Please contact us in case of abuse. In case of abuse,
Report this post. 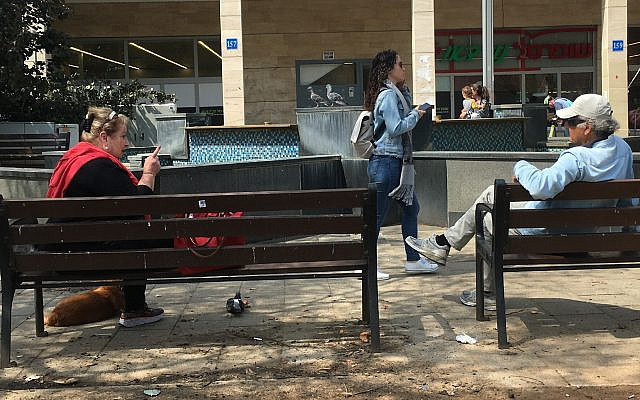 So we’re in light lockdown. That’s good. But what now? For how long will this go on and what is the plan when we all emerge?

It’s a worthy question that no one has the answer to yet, but let us look at how the pandemic has played out in countries which saw their first case earlier than Israel, and therefore can help us model our coming days.

China – Though the data out of China cannot be fully trusted for a variety of reasons (ranging from less testing/detection in rural areas to deliberate government dishonesty), there are signs that the economy is starting to come back online.  Greenhouse gas emission is up signaling more power and automobile use. Healthcare workers are returning to their posts after field hospitals have been dismantled. How did they do it? We are not sure, but here are some possible contributing factors:

South Korea – Though they contracted the virus early, South Korea stands as an example of excellent pandemic response through good governance.

Italy – COVID19 has been a nightmare for Italy, which has been the hardest hit. Reports suggest they are finally starting to pass the peak with tens of thousands dead. It is notable that the healthcare system in the area is considered well-equipped and first-class. Why it has been the worst there is likely due to a few factors. 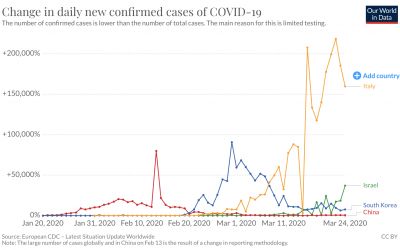 Yesterday, there were 1,800 cases in Israel, and if it doubles every three days or so, this Sunday, we would expect 4,000, the following Sunday 18,000.  If it peaks the following week, that will be 80,000. Not to belabor the point, but that is why early, aggressive social distancing is our only weapon against this virus.

Though we are still on the rise, the next few weeks will be very telling in how successful we have been flattening the curve, and are likely to be quite intense in the healthcare system. If we work together to separate, and are blessed, we can hope to see the other side of the wave and easing of restrictions around the end of April or beginning of May.

How society will reconvene after COVID19 is still an unknown, since we are not there as a global society. Perhaps there will be a vaccine, a cure, natural immunity, or something else to save us. Will it be back to life as previous, or will there be a new normal for human society?

Until then, please know that each of you individually in your homes, by not going to work, managing your children without playdates, and zooming with your older parents or grandchildren, are contributing to the survival or the country, and saving lives.

About the Author
Dr Roth is a US-trained family physician with specialties in research and global health. She made aliyah five years ago to Ra'anana, and is mother to four young children. Dr Roth currently practices both in Israel and to the US via telemedicine, and directs the Clinical Reasoning Course at Sackler Medical School (Tel Aviv University).
Related Topics
Related Posts
Rachel M. Roth
Comments