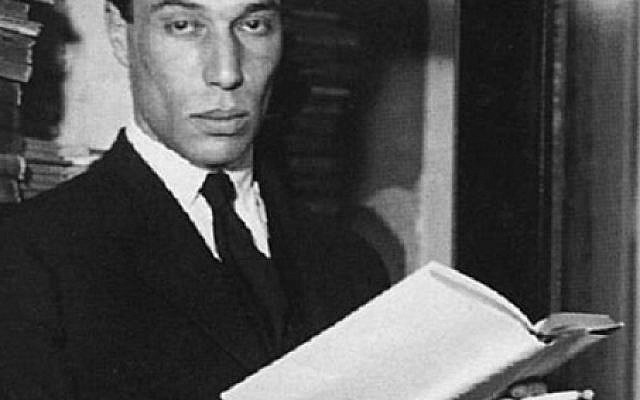 Continuing my series on famous people with Jewish Ukraine heritage, this month I look at the life of famed writer and poet Boris Pasternak. Although born in Russia, Boris’ family roots lie in Ukraine. Most famously known in the Western world for writing the epic novel, Doctor Zhivago, Boris led a varied and fascinating life worth delving into.

His mother Rosa Kaufman, a pianist and the daughter of a wealthy Jewish industrialist, and his father, Leonid Pasternak, a famous painter and graduate of the Grekov Odessa Art School, both came from Jewish families in Odessa, Ukraine.

The stories of many figures of Jewish Ukraine heritage begin in Odessa due to its prominent place in Jewish history. Founded at the end of the 18th Century, by the end of the 19th Century more than one third of the population was Jewish, establishing the port city as a hub for Jewish cultural and political life within the Soviet Empire.

Boris’ parents eventually settled in Moscow, where he was born in 1890. He was exposed to arts and culture from an early age. Famous writers and musicians such as Leo Tolstoy and Alexander Scriabin were regular guests at parties thrown by his parents as part of an elite circle of artists, musicians and thinkers.

Exposure to this world had a profound effect on a young Boris with the writer Gerd Ruge noting in Pasternak: A Pictorial Biography, “art was a normal activity which needed neither explanation nor apology and which could fill out and take possession of a man’s whole life.”

Boris followed his passion for music and started studying at the Moscow Conservatory, before quitting his musical ambitions and moving to Germany to study philosophy in 1910.

Although hailing from Jewish families, Boris’ parents followed the Tolstoyan Movement, which identified with Christianity but didn’t belong to a specific church. Boris later reflected on the effect Tolstoy’s presence had on the Pasternak’s, recalling “my father illustrated his books, went to see him, revered him, and …the whole house was imbued with his spirit.”

In 1912, Boris proposed to Ida Davidovna, a woman from a wealthy Jewish family of tea merchants. Ida turned Boris down. Many historians and biographers of Boris say this event, along with another love affair, inspired many of the poems in his book of poetry, My Sister, Life. Further books on poetry followed and cemented his place as a leading poet in the Soviet world.

Throughout the 1920s, 30s and 40s Boris changed his poetry style to appeal to a wider audience. He worked as a fire warden during World War Two and visited soldiers on the front line where he read them poetry.

Boris was also tuned in to the harsh realities of life under Soviet rule, and after a trip to Ukraine during the Holodomor, a dark period in history when between 6 to 10 million Ukrainians died due to a man-made famine inflicted on them by Stalin, Pasternak wrote of what he saw as ‘such inhuman, unimaginable misery, such a terrible disaster, that it began to seem almost abstract, it would not fit within the bounds of consciousness’.

It wasn’t until 1956, that Boris submitted Doctor Zhivago to publishers. The book was rejected in Russia due to its anti-Soviet views. It was eventually transported to Italy, where it was published, and it immediately became a literally success in the West.

However, there was criticism of the book due to its views on Jewish assimilation, with one of the characters converting from Judaism to Christianity and wondering why other Jews don’t do the same.

In 1958, Boris was awarded the Nobel Prize for literature, a prize he turned down at the time due to protests in Russia. It wasn’t until 1988, after his death and the eventual publication of Doctor Zhivago in the Soviet Union, that Boris’ son, Yevgeny, collected the prize in his father’s honour.

Boris Pasternak’s work has had a profound and lasting impact on the world. Less well known is his own story, one that began with his Jewish Odessa parents and grew to the heights of literary success. For Boris, his lived experiences are reflected in his writing and for that we must be grateful: those words have helped the world understand the harsh realities of Soviet life.