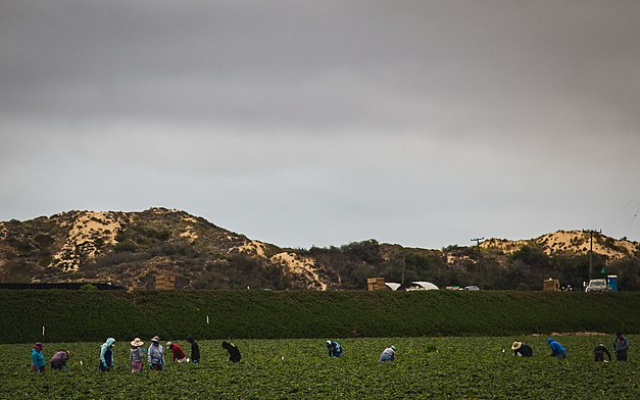 In the story of the Exodus, there’s one understated element of the Israelites’ enslavement that I find to be emblematic of an acute kind of cruelty. Pharoah tells the following to the Israelites’ taskmasters, simply for the sake of making the Jews’ lives difficult:

“You shall no longer provide the people with straw for making bricks as heretofore; let them go and gather straw for themselves. But impose upon them the same quota of bricks as they have been making heretofore; do not reduce it, for they are shirkers … Let heavier work be laid upon those involved; let them keep at it.” (Ex. 5:7–9)

We would think that, as a society, this kind of abuse is no longer tolerated. However, I see an analog in the way workers here an America can legally be treated, regarding their lack of protections from being made to work in inhumane weather. Currently, there are no federal outdoor heat standards that ensure the safety and health of workers who are exposed to dangerous heat conditions in the workplace — and only a handful of states have taken meaningful action at the state level.

Often living paycheck to paycheck, essential workers frequently feel coerced to work outdoors in the frigid cold and sweltering heat in ways that can jeopardize their health, well-being and dignity. Between 1992 and 2017, heat-stress injuries have killed 815 U.S. workers and seriously injured more than 70,000. According to the CDC:

Exposure to extreme heat can result in occupational illnesses and injuries. Heat stress can result in heat stroke, heat exhaustion, heat cramps, or heat rashes. Heat can also increase the risk of injuries in workers as it may result in sweaty palms, fogged-up safety glasses, and dizziness.

Imagine being an undocumented worker being paid $4 per hour to work from 7 a.m. to 7 p.m. in the heat of Arizona or Nevada, with no time to find refuge from the heat — or picture yourself as a construction worker in Chicago, doing the dangerous work of building tall buildings when it’s 20 degrees, feeling frozen to the bone without any access to warmth, not to mention the negative health effects to come. 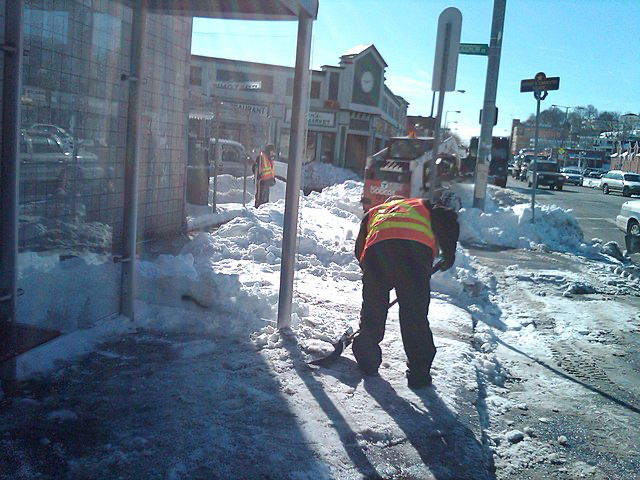 Farm workers and construction workers suffer from the highest rates of heat illness, but other workers, such as those in the warehouse industry, are at risk as well. We all know that average temperatures are rising annually, and it is likely that more heat stress-related deaths and injuries will occur if we do not address this problem. As temperatures continue to soar, farm workers and all outdoor and indoor workers across this nation deserve to be protected from the dangers of heat.

In the Book of Deuteronomy, the Torah teaches us the following principle of labor law:

“You shall not abuse a needy and destitute laborer, whether a fellow Israelite or a stranger in one of the communities of your land. You must pay out the wages due on the same day, before the sun sets, for the worker is needy and urgently depends on it; else a cry to the Lord will be issued against you and you will incur guilt. (Deuteronomy 24:14–15)

The Torah calls us to ensure that we do not impoverish workers by placing them in direct danger from the elements. Uri L’Tzedek offers a petition you can sign, which also includes information about how to report an OSHA violation and how you can contact your Senators and members of Congress to encourage action on this crucial issue. The story of the Jewish escape from slavery brings us to the conclusion that we must codify extreme-weather protections as fundamental rights of workers.

About the Author
Rabbi Dr. Shmuly Yanklowitz is the President & Dean of the Valley Beit Midrash (Jewish pluralistic adult learning & leadership), the Founder & President of Uri L’Tzedek (Jewish Social Justice), the Founder and CEO of Shamayim (Jewish animal advocacy), the Founder and President of YATOM, (Jewish foster and adoption network), and the author of 22 books on Jewish ethics. Newsweek named Rav Shmuly one of the top 50 rabbis in America and the Forward named him one of the 50 most influential Jews. The opinions expressed here represent the author’s and do not represent any organizations he is affiliated with.
Related Topics
Related Posts
Shmuly Yanklowitz