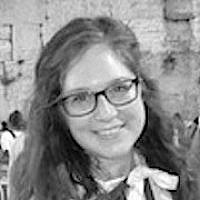 The Blogs
Talya Herring
Apply for a Blog
Please note that the posts on The Blogs are contributed by third parties. The opinions, facts and any media content in them are presented solely by the authors, and neither The Times of Israel nor its partners assume any responsibility for them. Please contact us in case of abuse. In case of abuse,
Report this post. 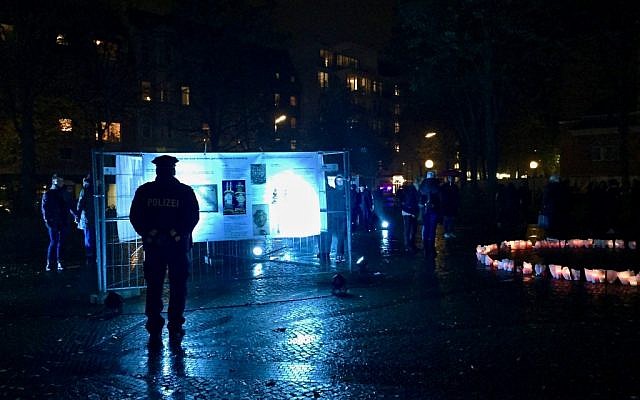 Walking the streets of Germany at night (Courtesy, Talya Herring)

It was the day after the German elections that I saw a swastika spray-painted near my home. The alt-right political party gained more votes than were expected and the air around me felt heavier. The German political debates on TV shared similar vocabulary to the ethic cleansing this country once declared. But tonight in Hamburg, Germany, I am walking around the streets of Grindel, eyes on the ground. 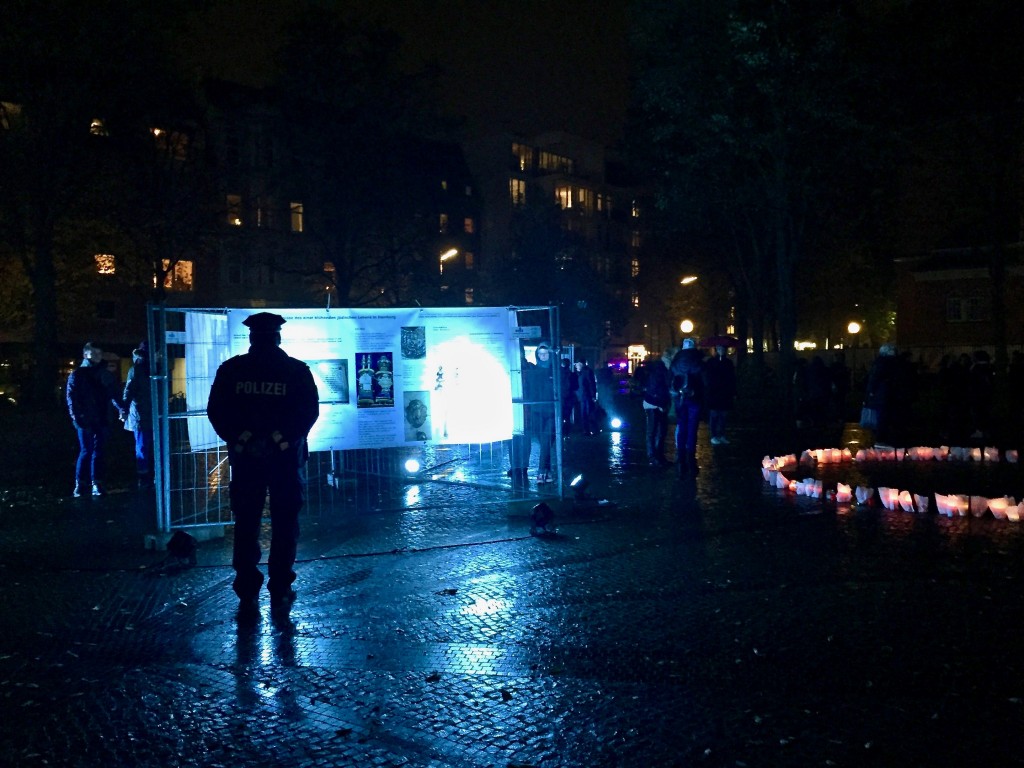 Tonight, 79 years ago, the largest synagogue in Northern Germany with its remarkable dome and its even more spectacular Modern Orthodox convictions, was burnt to the ground. Rabbi Joseph Carlebach established this synagogue just 30 years prior with a speech about the new age of Judaism in Hamburg, delighted about the religious tolerance and modern progress enabling them to open a synagogue in the middle of a city. Finally, we can be Jews in public. It’s too painfully ironic to note that he was the last rabbi in Germany at the end of the Holocaust before being murdered by the Nazis in Jungfernhof. 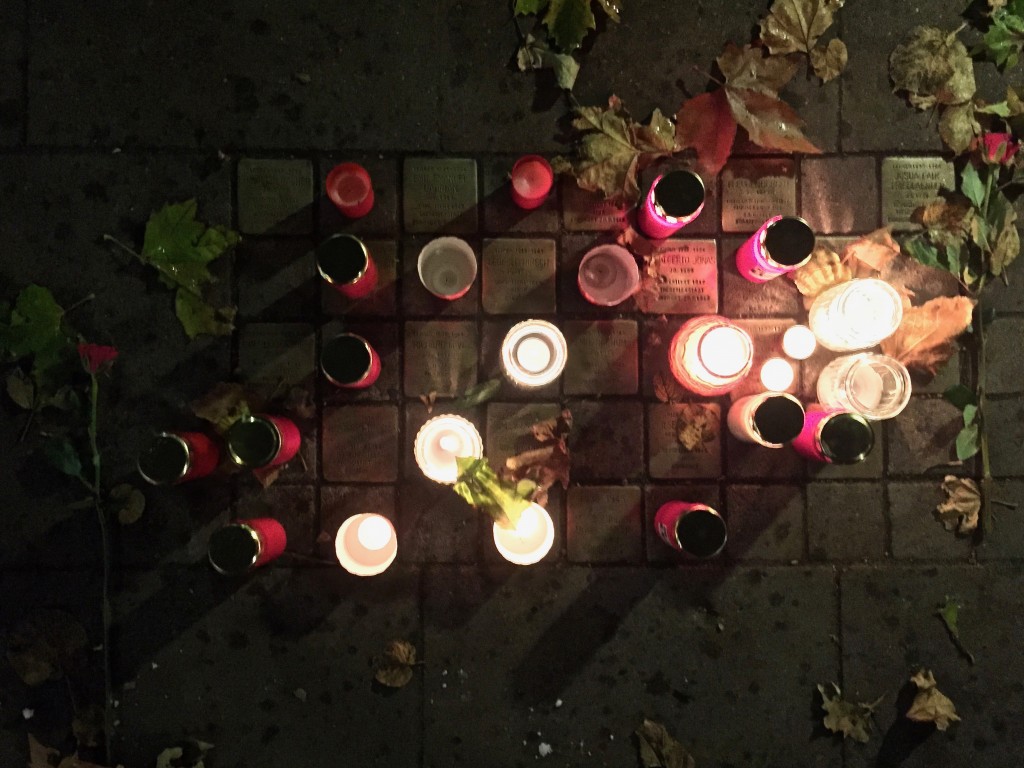 To my right, lies flowers and candles. It’s a circle of where the dome used to shield. I hear names, dates, deportations and death camps. To my left, there is a girl and her mom lighting a candle and a policeman reading the information boards created by the Jewish students. 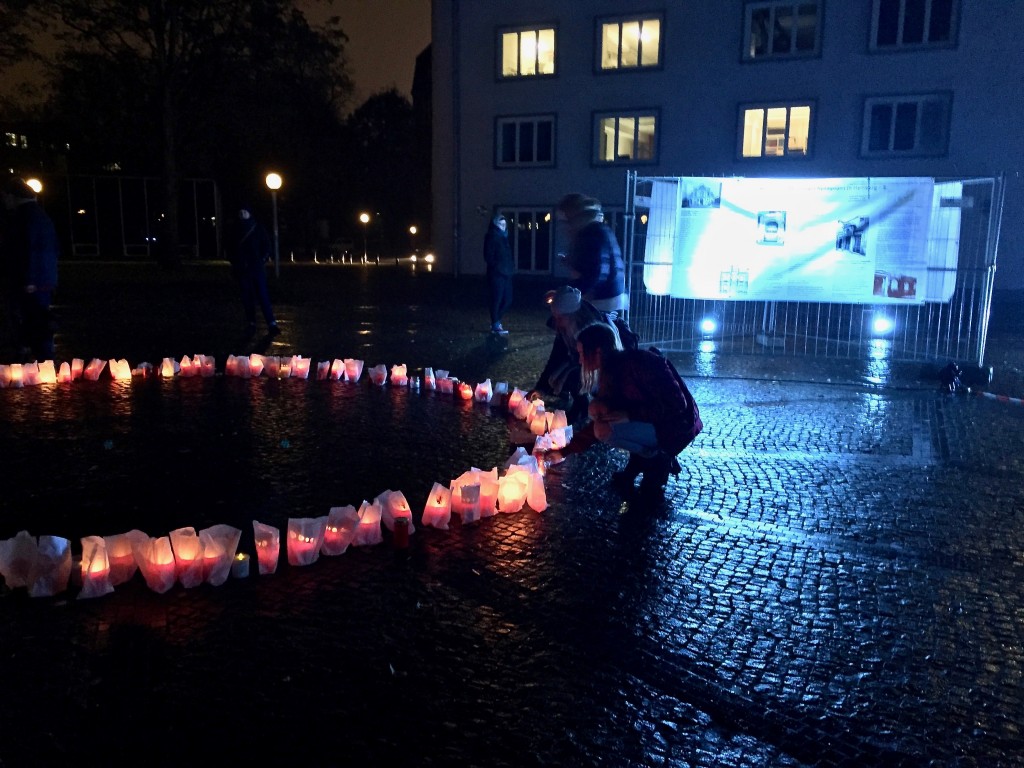 When I was in Berlin, I was slapped by the presence of the Holocaust. The massive impact of history hurled at me and my stomach bowed at the impact.

In Budapest, the knowledge of the growing anti-Semitism whacked me over the shoulder. The Hungarians were eager to push us into the ghetto and didn’t need Nazi support to walk us to the river, shooting some and mentally torturing the rest. Eyes on the ground. Eyes on the bronze shoes on the Danube. Eyes on the description forgetting to mention that they were Jewish. Eyes on the ground holding back tears, holding back the waves of pain as the punches keep coming.

It was late at night in Vienna when a conversation turned to politics. It was over that beer that he mentioned that the alt-right in Austria is more center than people think. I ask for more, glancing at my mom, dad and Rachel and her Star of David around her neck. Unashamed, he says that they aren’t really neo-Nazis because they neglect to differentiate on an ethnic Austrian basis, only talk about getting rid of the minorities, but not because of the intrinsic difference. Eyes on the ground. Eyes on him. “So what about Jews? Historically, they were in Austria before so would they be considered true Austrian?” He shakes his head, “No. A Jew cant be a pure Austrian. They might be different than other minorities, but they wouldn’t be considered ethnically Austrian.” 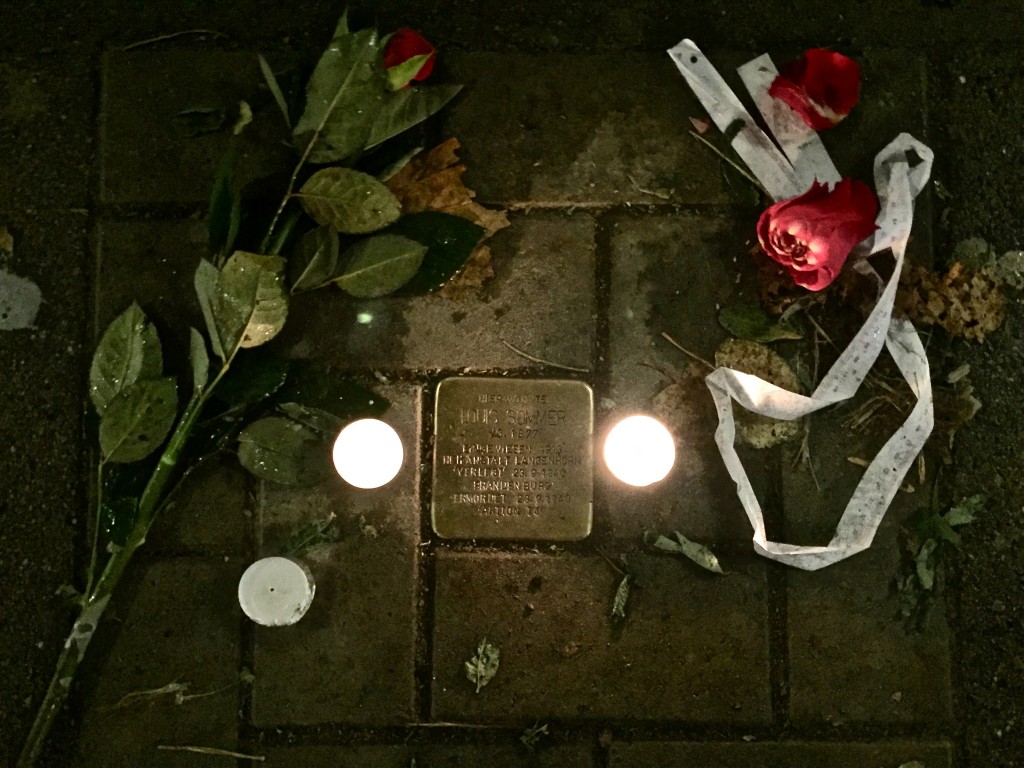 To my left is the Jewish school, Talmud Torah. Regarded for its excellent education, 40 percent of the students are not Jewish. I smile knowing that people are not afraid to send their children to be taught be Jews, to learn Jewish texts and prayers. In Prague, my dad looks at me and vocalizes that our identity is the tourist attraction. It’s a bizarre mix of feelings when our landmarks, traditions and proof of persecution garners the eyes of so many outsiders. It’s a slap of frustration that my whole world is narrowed down to a summary. It’s an award of recognition of survival from the many generations of pogroms. It’s an awkward obsession almost viewing us as zoo monkeys.

It’s the thickness in the way the tour guide in Budapest explained what Jews wear in contrast to the potency of what Amos says in the café tonight. As a photographer, he wanted to make the stumbling stones of the Jewish names come to life. As a non-Jew, he wanted to create a practical tradition to turn Kristallnacht into another teaching opportunity. He speaks about the fine line between guilt and responsibility. Eyes on him. 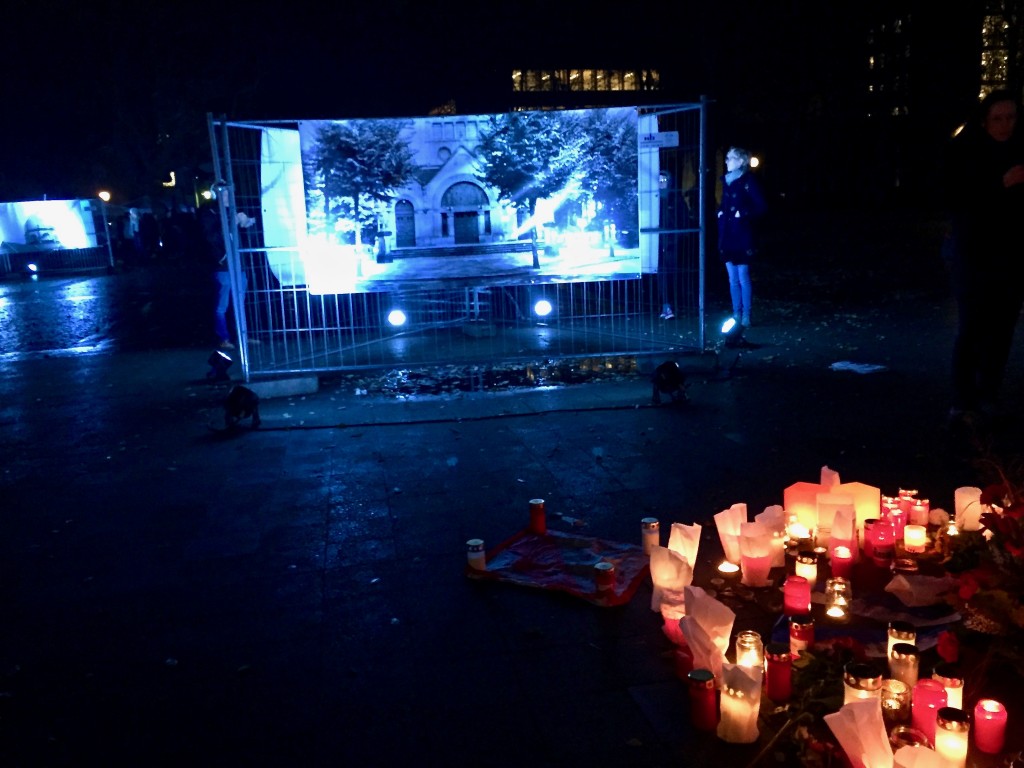 It’s really hard to be a German and learn about the Holocaust. The educational system here layers on the Holocaust education year after year. I can understand how some students grow to become annoyed by the topic and some to obsess. I can empathize with the desire to move on as well to hold on. The country has been through so much and I don’t think I could have ever understood Germany how I do now if I didn’t spend this time here.

The wounds from bombings of the wars did not heal completely. The war is not over for the memories on this land. In my ignorant mind, we survived the Holocaust, so clearly Hitler didn’t win. But he did capture more than I was willing to recognize. Most young Jews in Germany are Russians that moved here. Because even though my people aren’t solely a museum exhibit, I feel like we did get extinct.

The once vibrant Jewish community is now a somber Kabbalat Shabbat, barely a minyan. The old age home is now dorms for students. The yeshiva is now housing other residents and the names get walked on every day.

The country has tremendous strength to commemorate each location, each family, each event, but my eyes can’t read each sign and name and remember it all and feel it all and absorb the hit and continue to walk. Tonight 79 years ago was a nightmare coming true.

But the news from this year in other parts of the world share similar headlines. My mind plays through the conversations with the 20-year-old who calls for ethnic purity, the German who truly recognizes why I moved to Israel, the strangers asking me about my very personal relationship with my people and the gut feeling that this is never going to change. I am walking down the street near a movie theater that screens movies in English. I watch people stopping to note the candles, read the names and I smile with hope, desperate hope that I can make sense of these thoughts and discover a way to put it all to action.

About the Author
Talya Herring, originally from California, made Aliyah to a Moshav in the Negev for a year of her National Service at Aleh Negev, a rehabilitative village for people with severe disabilities and then worked as a tour guide for her second year of National Service. Now as a law student, she writes her blog to connect her evolving thoughts with friends and family, inspire ideas of self-achievement, and celebrate pride in values.
Related Topics
Related Posts
Comments
Advertisement