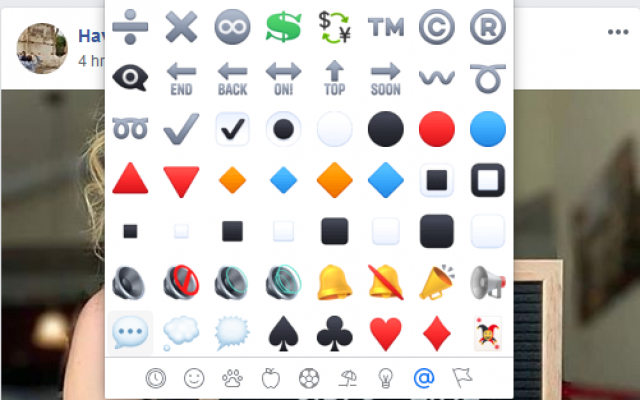 Yesterday, Facebook took down a whole slew of Trump campaign ads on the pretext that some of them included an inverted red triangle, which they identified as being the symbol of a hate group.  They’re right about that, mind you, but the hate group in question is Antifa.  Google antifa red triangle and you’ll find a few different instances of Antifa groups using an inverted red triangle as their symbol.  For the Googly impaired, I offer the following links: link, link, link, link.  You can find more if you go to an unbiased search engine like DuckDuckGo, because Google has loaded their top results to focus on the Trump ads.

But that’s not what Facebook had in mind.  No, they’re claiming that this is a Nazi symbol.  Now… I’ve seen a lot of symbols used by the Nazis.  Yellow triangles, pink triangles, black triangles… but I’ve never before run into them using a red triangle.  Sure enough, though, it turns out that they did.  For a short time.  It’s obscure, but you can’t accuse Facebook of making it up.  Of course, no one on the left or the right, except possibly Holocaust historians, had any idea that the Nazis used it.

And of course, Facebook is lying when they claim that the Trump campaign’s use of the symbol had anything to do with the Nazis.  And to make it abundantly clear that they’re lying, you only have to click on the emoji button on Facebook to see that an inverted red triangle is one of their standard emojis.  Right next to an uninverted one.  You can find it on Whatsapp as well, which is owned by Facebook.  (I’ve displayed a screenshot showing this at the top of this article, in case Facebook decides to delete it.)

But you know how the media works.  “A lie can travel halfway around the world while the truth is still putting on its shoes.”  Facebook knows this.  If you go to Facebook and type in “red triangle”, you’ll find an enormous number of news sites and private posts echoing Facebook’s claim.  They know that very few people will fact check them, despite it being incredibly easy to do.

But why?  Why would Facebook pull such a blatantly political stunt?  Sure, there are elections in four and a half months, and sure, they don’t want Trump to win any more than any of the left does.  But the people who already hate Trump already hate him, and no Trump supporters are going to buy into this nonsense.  In fact, the only likely result is going to be some Democrat supporters seeing the extremity of the lie and deciding not to vote for the Democrat Biden, either.

The answer is fairly simple.  Facebook, in its current form, is on borrowed time.  According to US law, at least the way it used to be, either you’re a content publisher, like a newspaper, which means that you get to edit and curate and determine what you publish, but then you’re legally liable for what you publish, or you’re a common carrier, like the phone company, which means that you aren’t liable at all for the content that your system makes available, but you also don’t have the legal right to censor it.

The phone company, for example, can’t decide to set up a system where you get disconnected if you use a dirty word.  And a newspaper can’t just print out-and-out lies (though they’ve gotten frightfully good at coming really close to it, particularly over the past 5 years) without legal consequences.

But in 1996, Congress passed, and Bill Clinton signed, the Communications Decency Act, which included the infamous Section 230.

No provider or user of an interactive computer service shall be treated as the publisher or speaker of any information provided by another information content provider.

The second component, which has received less focus, states that online services shall not be held liable due to “any action voluntarily taken in good faith to restrict access to or availability of material that the provider or user considers to be obscene, lewd, lascivious, filthy, excessively violent, harassing, or otherwise objectionable, whether or not such material is constitutionally protected.”

And therein lies the problem.  Because harassment and objectionableness are vague and subjective terms, to say nothing of “good faith”.  And social media platforms have increasingly felt empowered to expand their interpretations of those terms.  And, it seems, to use them in a biased manner against those with whom they disagree.

In 2016, the Times of Israel reported on an experiment conducted by the Israel Law Center (Shurat HaDin), where they posted over-the-top hateful posts on the Facebook pages “Stop Israel” and “Stop Palestinians”.  On Stop Israel, they posted messages like “Revenge against the Jewish enemy that threatens Al Aqsa! Death to all the Jews!”  On Stop Palestine, they posted messages like “Revenge against the arab enemy. Death to all the Arabs.”  After several days of this, they reported the posts to Facebook as incitement and harassment.  Unsurprisingly, while the anti-Arab posts were removed, with Facebook claiming that they “contain credible threat of violence and  violate our Community Standards”, the anti-Jewish posts didn’t violate anything, and were allowed to remain.

For years, there have been people taking issue with the broad protections of Section 230, ranging across the political spectrum.  House Speaker Nancy Pelosi referred to it as “a gift that can be withdrawn”.  Both Joe Biden and President Donald Trump have called for Section 230 to be repealed.  A full repeal would be disastrous, of course, but the second component cited above can, and should be changed, to restrict the right of social media platforms that wish to maintain their immunity from liability to censor content that isn’t legally problematic.  In other words, to remove from Facebook and Twitter and Instagram and the rest the right to censor content based on their political leanings.

That’s what President Trump started to implement last month, when he issued an Executive Order stating that:

In a country that has long cherished the freedom of expression, we cannot allow a limited number of online platforms to hand pick the speech that Americans may access and convey on the internet. This practice is fundamentally un-American and anti-democratic. When large, powerful social media companies censor opinions with which they disagree, they exercise a dangerous power. They cease functioning as passive bulletin boards, and ought to be viewed and treated as content creators.

Sec. 2.  Protections Against Online Censorship.  (a)  It is the policy of the United States to foster clear ground rules promoting free and open debate on the internet.  Prominent among the ground rules governing that debate is the immunity from liability created by section 230(c) of the Communications Decency Act (section 230(c)).  47 U.S.C. 230(c).  It is the policy of the United States that the scope of that immunity should be clarified: the immunity should not extend beyond its text and purpose to provide protection for those who purport to provide users a forum for free and open speech, but in reality use their power over a vital means of communication to engage in deceptive or pretextual actions stifling free and open debate by censoring certain viewpoints.

It’s this last item that has Facebook and others in a tizzy.  It is this that has them feeling threatened enough to “blow their cover” of feigned objectivity and “good faith” by committing a very cynical and politically biased act of censorship and defamation (a term I use in its colloquial sense, and not necessarily in any legal sense, lest they take umbrage litigiously).

This morning, I searched the phrase red triangle on Facebook, and was rewarded with a stunning number of news pages and private posts repeating the defamatory claim that the Trump campaign used an out-and-out Nazi symbol.  When I attempted to comment on these sites that this was a Facebook emoji, they stopped me on the basis that I’d posted the same thing too many times, and that it constituted spam.

The Trump administration, in its response to these scurrilous claims, wrote:

The inverted red triangle is a symbol used by Antifa, so it was included in an ad about Antifa. We would note that Facebook still has an inverted red triangle emoji in use, which looks exactly the same, so it’s curious that they would target only this ad. The image is also not included in the Anti-Defamation League’s database of symbols of hate. But it is ironic that it took a Trump ad to force the media to implicitly concede that Antifa is a hate group.

But given that this is a Facebook emoji, perhaps this can be seen as Facebook’s way of admitting to their own fascistic tendencies.