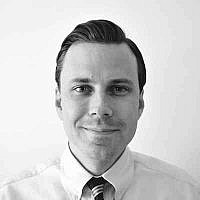 The Blogs
Uriel Avishalom
Civilization, Culture, Aesthetics, Being
Apply for a Blog
Please note that the posts on The Blogs are contributed by third parties. The opinions, facts and any media content in them are presented solely by the authors, and neither The Times of Israel nor its partners assume any responsibility for them. Please contact us in case of abuse. In case of abuse,
Report this post.

Every few years the same thing repeats itself. There is an escalation of violence with Hamas, our neighbors to the South. When this escalation happens the world tunes into their favorite show. They scream at the screen and share their opinions on social media. The press around the world all turn up to cover the story that everyone loves to have an opinion about.

With all of this, every time the same thing happens. Celebrities, public figures, international press, various “respectable” countries all condemn Israel and show solidarity with Gaza. With this, a great many Jews, most of whom live outside of Israel are shocked that so much of the “respectable” world is so morally blind on this. They are surprised that so many people, and often people who they think are smart, are mysteriously wrong on this. Israelis, historically and generally, are not so shocked at this reoccurrence. Living in Israel generally requires and/or facilities the deflating of fantasies about the world and the diaspora. One is face to face with the reality of what it takes to survive with the kind of neighbors we have in the Middle East, what strength and resolve is necessary to secure our home for the Jewish People.

All of this shock that washes over the Jews who can’t believe that so many people believe so many lies about us, and that so many people seem to be siding with terrorists rather than the one single Jewish state, the one single tiny Jewish state surrounded by Arab states – this shock is ready to be retired. This shock reveals a kind of naiveté which many of our people still hold onto.

We are alone. We have always been alone. There is no one to save us, but ourselves. At the very end of the day, the only ones who will stand with us, are ourselves, and ourselves alone. We will never gain approval from the majority of the world. This isn’t new, this is how it has always been. This is something our ancestors knew more readily, yet it seems that it can be temporarily forgotten today.

It also must be noted that this truth, at the end, of having no one else but ourselves to rely on, this is not unique to us, Jews. This is ultimately true for all peoples. It is simply the nature of nations and peoples. What makes our position as Jews more precarious than many others is that we are smaller in number than many other peoples and a great number of people(s) of the world oppose us and hate us more immediately than most other peoples, so we thusly have more enemies and fewer friends at the outset.

As for our friends, we have some very great friends, many of them, most of them, in the United States of America. They may no be great in number, but they are great friends to us. In times like this it’s important to look around and see who defends us today. Who doesn’t throw us under the bus? Who doesn’t fall in line with the great anti-Israel hate campaign that always spreads over the world from all directions of ideology. Who doesn’t join with that mass-mob? Who still stands with us? There are friends who stand with us, and it is important that we look around and make note of who that is and express our gratitude to them, and support them when they are in need of support.

In this piece I am not dismissing or taking for granted the friends we have. While they may be great friends and that they still stay our friends when so much of the world is our enemies, shows the truth of that friendship to us. All that being said, they are unfortunately, outnumbered. We must look at the world, and our future with sober clear eyes. That is not to de-value their friendship, but rather take stock of ourselves and steel ourselves against the world which rages against us.

We shouldn’t be shocked when the majority of the fools hate us. Of course they do. They hated us centuries ago, decades ago as they do today. Today, they may refuse to admit they hate us, they may dress it up in more politely crafted language to fit the false-polite-pretense of the 21st century, but it’s the same as it was yesteryear. The majority of people are captivated by the most foolish things, they are not independent thinkers or rational, no matter how much we fool ourselves about the nature of the post-enlightenment world. The majority of people are taught and led to oppose us. This is the nature of the world we exist in.

We shouldn’t be surprised, we don’t need to be confused. We just need to know this, understand this and thusly strengthen, fortify ourselves and our resolve and face the world with our backs straight and steps steady. Our Jewish story and destiny is not subject to the pop-culture winds of change. Our story reaches back to Avraham Avinu, Moshe Rabbeinu and David HaMelech. Our story is one of Herzl, Ben-Gurion and Jabotinsky. Our story is the story of a divine purpose from Hashem given to us alone. No one is tasked with our mission but us. We are not a temporal people who only exist due to the approval of “respectable” nations. We are a people who were chosen by Hashem. Our land was given to us by Hashem, who, after creating the world, gave Eretz Israel to us, and us alone. The waves and storms of time rage on and they battle against us. We weather them again and again and we come out on the other side steadfast in our mission, in our story.

What do I hope for the Jews who still long for the approval of the Mode du Jour? I hope they can leave that hope of approval behind. Forget it. If the world approves of us, great. If they don’t, it doesn’t matter. We must be(come) immoveable like a great mountain range.

The early Zionist pioneers, when Zionism was still a minority movement among Jews, did they wait for the world’s approval? Did their dreaming, courage and vision depend on support from any majority? The answer is in the question. Strength, courage and sense of destiny held strong against the forces outside. They changed the world, not through waiting and pleading for approval, but through strength, determination and courage.

Someone may retort that “being shocked that the world is against us doesn’t mean that one is begging for the approval of others, it just means you are surprised”. To this I would respond that in theory that may logically be possible, but in reality, that is not what is going on today. What goes on today and for many years stretching back into history, is that many Jews outside of Israel are bombarded with anti-Israel messaging continually and constantly and they internalize this whether they realize it or not and then this coupled with a desire to be approved of by the outside society creates a corrosive psychological impact which starts to wear on the psyche. Over time, slowly the sureness and confidence in our people, land and mission begins to fall away. Whether one realizes it or not, wanting approval from those who will never approve of us no matter what we do, is the very first step in opening oneself to this erosion.

Of course, I understand the need to appeal to people in the world, to wage the war for minds. We of course must try to help people understand the true nature of what is going on. Of course, I understand this. None of my plea to sober clear eyes seeing reality as-is negates or comes into conflict with the need for outreach. What I hope for is a frame/base of understanding and a facing of the world with strength. Our future, our legitimacy, our mission, our story and our right to a land that is ours alone is not dependent on whether people approve, or not. We want them to support us, we want them to be our friend, we want to be their friend, but not at any cost. We must not, and will not sacrifice or compromise ourselves, or our dignity, for the temporary approval of others. Whether people choose to support us or oppose us has no bearing on our path, our mission and our rights.

Some would say “well this is a dark worldview” or “that is pessimistic”. It is not. It is a realistic portrayal of the world and an accurate description of the world as we Jews have existed in it. In fact, it is actually a truth which when understood strongly and appropriately, may illuminate to oneself just how special our people, land, Torah and story are.

This is not about having an auto-closed approach towards other peoples of the world. Of course not. Not in the least. It is about dignity. Our dignity. It is about not allowing our purpose to depend on the approval of others. It is about not believing in foolish, naive dreams. It is about seeing the world clearly and facing it with dignity and strength as strong Jews, assured of our mission. When the Jews of the world stop seeking the approval of those who will always oppose us no matter what we do, and begin to realize the strength within us, and to fully accept the unbreakable bond we share with each other, the land and Hashem, it is then that we will begin to see a stronger Jewish people, abounding with dignity and determination emerge in the 21st century.

About the Author
Uri is a Zionist and Religious Jew. Uri writes about Civilization, Aesthetics, Culture and Society.
Related Topics
Related Posts
Comments