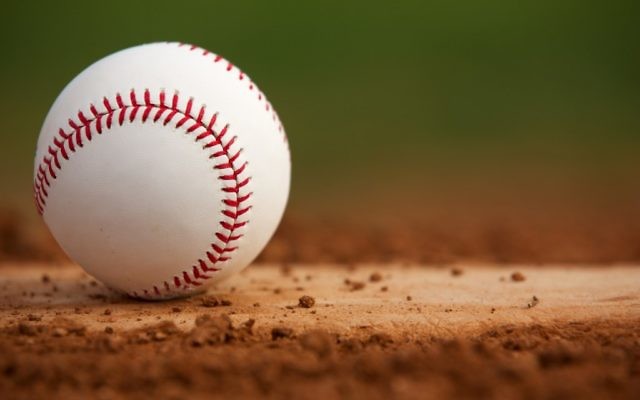 My wife, Sharon, and I were recently discussing one of the major news events of the day. No, not the upcoming midterm elections or inflation, immigration, the January 6th select committee’s hearings, the war in Ukraine, England’s new heads of state and government, the numerous investigations and lawsuits concerning a certain ex-president, the stock market (may it have a refu’ah sheleimah), wildfires out west and hurricanes in the south, or the umpteenth Israeli election within recent memory.

Haven’t figured it out yet?

Regular readers, who know I’m a serious baseball and a lifelong Yankee fan, might wonder about Sharon’s interest. Simple; when you live with another person for more than 52 years, something rubs off. So she also followed Judge’s home run quest, even having the last few games on the kitchen TV in the background while preparing for the various yomim tovim.

After she saw number 61, I pontificated a bit about some of the finer points of the achievements of Ruth, Maris, and Judge. But when I noted that Ruth’s season was 154 games while Maris’s and Judge’s were 162, Sharon stopped me and said: “How can their season stats be compared if the length of their seasons were different? And also,” she added, “since the outfield dimensions differ in all baseball parks” (she knows lots more than she initially lets on), “how can you compare any hitting records? Basketball, swimming, and hockey don’t have different sized courts, pools, and rinks.”

All excellent points, which resulted in a further discussion of problems regarding comparing baseball records over the decades, especially with respect to the “Home Run Three.” For example (and there are many more), Ruth never batted against pitchers like Satchel Paige because of the “color line,” never traveled to a game more than one time zone away, never played under lights, and never hit against 100+-mph relief pitchers; Maris had the pressure of chasing a record of one of baseball’s greatest idols while having Yankee fans — supposedly his fans too — rooting against him since they wanted Mickey Mantle, if anyone, to break Ruth’s record; and Judge has the benefit of sabermetrics and superior fitness training, medical care, and hitting coaches.

What was especially interesting, though, is that while we agreed on the basic facts concerning these differences, we came to opposite conclusions. Sharon thought that because playing conditions and seasons are unequal, comparing season records are as meaningless as comparing iPhones to rotary ones. (Google it, millennials!) I, on the other hand, believe that the facts that the changes in this case were two-way and that change is an inherent aspect of life means, simply, that a baseball season is a baseball season.

That last sentence shouldn’t surprise me, since in my legal practice I was often involved in something similar called cross-motions for summary judgement. [Litigators can skip the remainder of this paragraph and the next.] Parties in a litigation usually disagree about the facts and thus need a trial for a jury to decide which facts are correct. Sometimes, however, one party argues that there is no need for a trial because only certain facts, about which there is no dispute, are relevant to the case. Therefore, a judge, without a trial and in response to a summary judgment motion, can decide the case on those facts and the law.

When, as sometimes happens, both parties agree that all the relevant facts are undisputed, though each reaches a different legal conclusion based on those facts, they cross-move for summary judgement. Such lawsuits therefore revolve not around facts but around differing conclusions, with each party reaching their conclusion based on the same, single set of undisputed facts. That leaves a legal question for a judge to determine.

We see this in life outside the courtroom as well. One example is the dispute between Yeshiva University and some of its students over a proposed student Pride Alliance club. (For my views on the non-legal aspects of that controversy, see “There Must be a Better Way.”) There really aren’t serious disagreements as to the facts. The problem is that each side reached different conclusions about the right way to act based not on a dispute over facts but on differing halachic, social, and public policy understandings.

Or let’s take another issue that I’ve written about more than once (“Erasing History vs. Just Smudging It – Part II”) – removing Confederate statues from the public square. Other than some die-hard Lost Cause enthusiasts, it’s generally recognized (finally!) that Confederate leaders were not national US heroes. But there are widely varying conclusions about what to do with the existing statues, based not on disagreements about facts concerning the generals but rather on differences relating to concepts like the meaning of history and how to teach it.

And one final example close to my heart: the type of Torah education the Orthodox community should provide to females. The facts that women are perfectly capable of learning difficult subjects and that many are interested in serious Torah scholarship, once disputed factually, are now acknowledged by many. Nonetheless, the “many” still reach different conclusions based, like the YU case, on differing halachic, social, and public policy understandings.

One critical difference between the way non-factual disagreements are handled inside and outside the courtroom is that in the former there are judges who have the power to decide which conclusion is correct. There are no judges in the latter; just advocates who continue to argue about, debate, and discuss their conflicting conclusions.

Sometimes, like in the YU dispute, one side may transform the quarrel into a courtroom case in order to bring in an outside umpire to issue a decision. Other times, good faith deliberations can convince one side of the correctness of the other, or, more likely and frequently, lead the parties to find some middle ground that all can live with comfortably.

Unfortunately, though, an umpire or agreement or middle ground doesn’t always exist or happen. What then? While no perfect solution exists, we do know some – sadly only some – of the ideal solution’s ingredients; listening to and respecting those on the other side, evincing a bit of modesty that you’re not always as right as you think, and a true desire to, if necessary, agree to disagree. (Yes, there are exceptions even to this, but I’ll leave that for another column. And please remember, we’re talking about conclusions; there’s no need to accord deference to lies.)

Bottom line, though, it’s not a perfect solution by any stretch, especially in the highly contentious society in which we live. But it certainly can’t hurt to adopt these ingredients to try to smooth some of the rough edges and, to mix metaphors, to lower the temperature. We can still disagree (yes, Sharon dear, unfair or not, a season is still a season) while continuing to live in harmony.