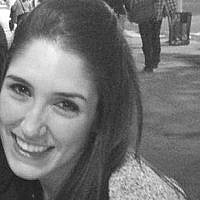 Enlighten me. I read your headlines every morning, and I am utterly perplexed. I know you check your facts before publication. I know you’re a respected news source. And yet, you somehow manage to twist your ever-truthful words into an enormous lie.

Yes, many Gazans were killed two days ago, and yes, they were killed by Israeli forces. They were killed protesting the opening of the US Embassy in Jerusalem. They were also killed in self-defense. They were killed because a horde of 10,000 people rushing you, climbing your fences, burning tires, is pretty damn scary. Police officers in this country are taught, shoot to kill. They’re not taught to wait when an armed suspect is heading towards them until they’re absolutely positive that the suspect means no harm. They’re taught to defend themselves. Sometimes the suspect is culpable, and sometimes, tragically, he is innocent. Either way, the police officer behaves exactly the way he should. The Israeli forces acted exactly the way a country should when its enemies are quite literally banging on its doorstep, when the suspect is headed straight towards you. And in this case, the suspect was far from innocent.

The headlines I read yesterday and today reminded me of a scene from the Disney movie “Newsies,” where the most experienced newsboys sell papers by twisting the headlines, catching readers attention by shouting words like “nude” and “corpse.” “Israel” and “killed” are great attention-getters. People stop and take notice. At the very least, they read the headline.

And thus, I find myself perplexed. I don’t blame you for wanting to sell papers; to garner attention, and hopefully, followers and subscribers. But at what price? At the price of any journalistic integrity, turning truth in tabloid fodder, into simply headlines?

This is not about whether or not you support Trump, Netanyahu, or the State of Israel. This is about facts, and truth, and whether a sensational headline trumps both.

About the Author
Racheli Nutkiewicz is originally from Los Angeles and is currently navigating being an Orthodox girl in New York City-- a task which is guided by her love for and belief in God, faith, and humanity.
Comments