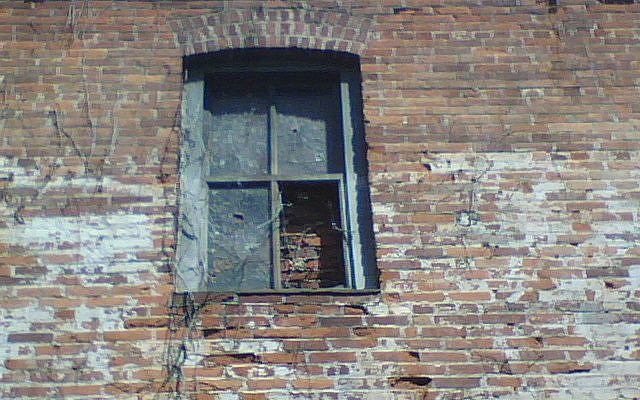 The View from Nowhere

Turns out it was Jesus who said, according to Mark, “And if a house be divided against itself, that house cannot stand.” Something about what happens if you cast out demons on behalf of the wrong name. Makes me wonder what was going on in my old friends D and D’s house back in the ’90s. They left their contractor at home to do a bit of reconstruction on their beautiful old suburban house. When they came home from work that night all they found was a big hole in the ground. Seems the contractor ran into a bit of trouble, like pulling out just the wrong stick in a game of pick-up sticks. Kapow, down comes the house. An exorcism gone bad? Who knows? The sound of things falling apart.

Now maybe Lincoln, when he used that same phrase, was trying to do an exorcism on the whole country, when he ran for senator from Illinois. It was a powerful spell that he cast. It mostly worked. He got elected president and led the country in the abolition of slavery as well as in a war to prevent the secession of the Southern states. Damned if the same problems didn’t crop up all over again during Reconstruction. We’re still living with some of the failures of Reconstruction: the failure to protect black people from racist violence, the failure to provide promised reparations to formerly enslaved people, and ultimately the failure to create channels for proper civil discourse.

Memory, we are told by the neuroscientists, is a process of iterative reconstruction. Every time you retrieve something from the vaults of memory you fiddle with it. You never have the same memory twice. It’s just the nature of the machinery, despite appearances to the contrary. I have told the story of my father’s funeral day many times, and it always gets better, or so it seems to me. My sister and I were just recalling how she and our other sister managed to have an argument sitting in the kitchen of our father’s house directly after the funeral, the subject of which argument is lost in the archives. Just at that moment, we heard a loud crash from the second floor. I ran up the stairs and saw my little niece standing astonished in the hallway, gesturing at what had broken on the bathroom floor. A decorative stained-glass window, that hung over the actual window, had betaken itself to fly and cast itself yea verily upon the floor. Carl Jung and Wolfgang Pauli call this an acausal synchronous event. Both the argument and the crashing glass are, according to Synchronicity, the result of a wave of energy passing through the house just then. The house remained standing, my sisters still talk to each other. Perhaps the demon of our father’s outsized anger was exorcized. Who knows?

My sister then recalled a more remote event that was heretofore unknown to me. My father apparently tried to persuade my mother and my sisters that it would be better for everyone to stay together, instead of my mother divorcing him as she planned. I spent that summer on the Eastern Shore of the Chesapeake as a sixteen-year-old dockhand and therefore was unavailable for this failed attempt at reconstruction. When the four of them arrived home from their erstwhile reunifying dinner date, my sister witnessed a piece of artwork leap from the wall in the hallway and bonk my mother in the head. It was a high-relief faux sculpture of the deceased Kennedy brothers, a gift from one of my grandfather’s industrial clients who dealt in portable Kennedy shrines. My sister interpreted the event as an instruction to my mother, exactly what I’m not sure. Carl Jung might have said a rising anger floats all Kennedys.

As I fired off this family saga to a group of fellow writers, my friend Madame Rosamunda volleyed one back in return. When her parents died, leaving the family homestead to her and her sister, a rupture occurred. A humongous crack was riven right up the center of the bathroom floor that lay between the two reconstructed bedrooms, hers to the one side and to the other that of her sister and brother in law. The center did not hold. The two sisters still do not speak to one another. Death and reconstruction, a dicey business.

Some might say the answer lies in the abandonment of construction altogether, no need for the piling of one floor upon another. Anarchy, the leveled playing field. Reportedly it worked for some surprisingly large communities of Mississippi Valley mound builders. Mayhaps. But it doesn’t seem to happen so much anymore, whatever the reason. Perhaps the graceful reconstruction of aging memory offers some solace. The eighty-year-old father of a childhood friend once told me, upon my querying him as to the vagaries of old age, “Mike, it’s great,” waxing eloquent in his enthusiasm, “You know, for every one thing that ever happened to me that I’ve forgotten, that are two more that never happened that I remember!” If only we could all satisfy ourselves with such playful fabrications.

I understand the anarchists in my own peculiar way. To wit, every time we construct a narrative, somewhere in the dark universe its equal and opposite arises. Now you may insist that some narratives are toxic, and I might even agree with you. But it would appear that the best we can do with the whole schema of dueling narratives is set out in the Bhagavad Gita. Although we tend to read the family epic of the Mahabaratha from the vantage point of the ‘good guys’, Arjuna, the hero, knows better. Maybe that’s the reason the poor bedeviled Pandava brothers put up with so much shit for so long from their evil cousins the Kauravas. Arjuna knows, in the battle royale of competing narratives, everyone loses. Krishna, however, tells him that opting out is not an option.The universe has placed him at the head of this juggernaut and he must see it through, in spite of the illusory nature of all narratives. Now there’s a motivation for you. Just do it since you happen to be there. Thus, the world of endless war.

Or is there a choice? Arjuna is a Kshatriya, a member of the warrior class, therefore must fight should a war arise. Something’s missing from this factory of endless human misery. Wait, stop the presses, hold the phones, shut down the earth movers. Declare a Sabbath, a day of complete rest. Desist from all construction, even of that ur-structure in my tradition, the sacred Tabernacle and its Holy of Holies. Especially that, we are told, if we wish to observe a Sabbath. Desist in your ceaseless reconstructions, no matter how sacrosanct the gig. Just stop. Hear the quiet between the blows of the hammer. A world of endless peace.

About the Author
Michael Diamond is a writer based in the Washington, DC area. He practices psychiatry there and is a doctor of medical qigong. He has published verse, fiction and translation in Andrei Codrescu’s journal, The Exquisite Corpse; in the journal Shirim courtesy of Dryad Press; in the online journal for Akashic Press; in New Mexico Review, The Deronda Review, The Atherton Review, The Blood Project and in The Journal of the American Medical Association. He lives in the suburbs with his wife, an artist and illuminator of Hebrew manuscripts, their dog, two cats, a cockatiel named Peaches, a tank of hyperactive fish and ten-thousand honeybees. He has had a strong interest in Torah since first exposed to traditional stories as a child. Over the course of his life he has run the gamut of spiritual exploration of many world traditions of meditation and mythology. For the last several decades he has landed squarely in the traditional Jewish world. His writing is informed by all of this experience, by his curiosity about today's world and by his desire to mine the Jewish experience for its hidden and revealed wisdom. Torah Obscura, a glimpse of an otherwise invisible world afforded by a small aperture for light. All materials herein copyright © 2018 Michael S. Diamond. All rights reserved.
Comments