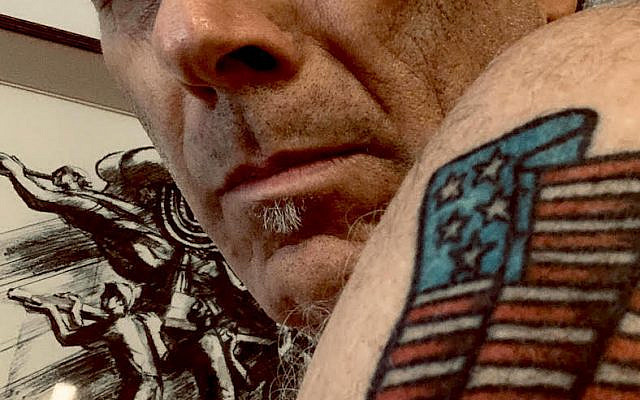 As I sit in Tel Aviv, across the globe from the United States, I gotta say:

Texas has been at the forefront of the MAKE AMERICA GREAT AGAIN movement. Lately that has meant leading the charge to reopen the country’s economy.

At the beginning of May, after Texas posted its highest single-day coronavirus death toll, its governor declared his state’s bars and restaurants ready to open for business at 25% capacity. He said Phase 2, which would allow 50% capacity, would start on May 18, assuming there was no flare-up.

That’s because not everyone across the country’s largest Republican-led state, and its second largest in terms of area and population, thought Texas was ready to end its lockdown.  While facing economic ruin, some Texas mayors wanted to err on the side of caution and open up more gradually.

If you visit the official website of the 48th Governor of the State of Texas, you will see Gregg Abbot’s smiling face offset by an epigraph that says he “continues to build on his long record as a conservative leader who fights to preserve Texas values like faith, family and freedom.”

Sorry, the virus kills oblivious of religious or political beliefs. Data shows that older people are more likely to die from it than younger, while in the US, impoverished people of color, who have poor diets and poor health care, have been taken in greater numbers compared to the general population.

Of course, you may be one of those who dismisses scientific data.

You may believe that the World Health Organization, the Center for Disease Control, anyone with a medical degree from some snobby university, not to mention reporters for the Economist and the New York Times, George Sorros, Bill Gates, Barack Obama, and a liberal-minded nobody like me, are part of an international plot to dupe and kill you.

God bless you for your beliefs. Meanwhile, fifty-five days after Governor Abbot announced his plans to reopen his state, he has put the rollout on hold in response to the soaring number of COVID-19 cases in the South and West.

This week, after posting its highest increases since April, Israel has also rethought its rollout plan. When it announces that stricter guidelines are on the way, I have faith that the coronavirus threat will diminish.

That’s because in Israel, a country of 9 million, people may be hurting from economic hardship as much as anybody, but they mostly understand that fighting a lethal, contagious virus demands discipline, respect for science, and, yes, faith.

Israel’s Minister of Health, went to pray in a synagogue, in defiance of his own ministry’s guidelines, and God didn’t give a @*#(%^.  That gentleman, now the former health minister, was fortunate to only get sick and not die, as did others who chose faith over science.

America, meanwhile, has Texas offering itself as a test case for what happens to a state of 29 million with a governor who follows the lead of a president who has no faith and spurns science.  As of this writing, many millions of voters are following the man in the White House in lockstep. Never mind that he continues to foment social unrest with his hate-filled tweets and the he now wants to decrease the amount of testing so the number of COVID-19 cases will stop rising….?

As a new citizen of Israel, I believe my decision to leave my home in the US could not have come at a more auspicious time.  In Tel Aviv, I can have faith and respect science without being reviled as a traitor to my country.