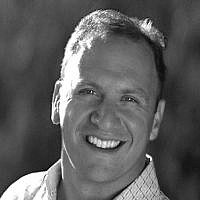 The Blogs
Daniel Greyber
Rabbi of Beth El Synagogue in Durham, NC
Apply for a Blog
Advertisement
Please note that the posts on The Blogs are contributed by third parties. The opinions, facts and any media content in them are presented solely by the authors, and neither The Times of Israel nor its partners assume any responsibility for them. Please contact us in case of abuse. In case of abuse,
Report this post. 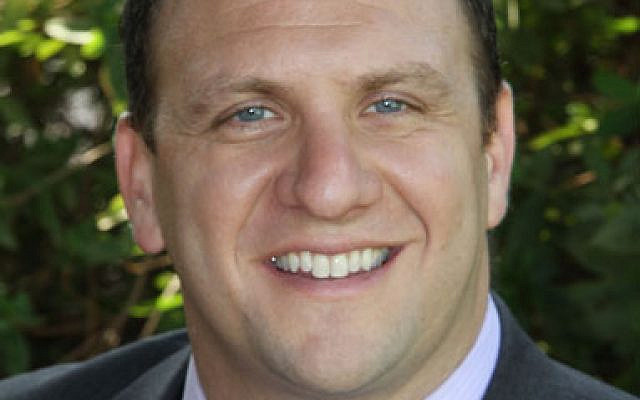 739 Chicagoans above the norm died during the week of July 14, 1995, but it is a mistake to say they died from a heatwave. “Of course forces of nature played a major role. But these deaths were not an act of God,” argues Eric Klinenberg, author of Heatwave: A Social Autopsy of Disaster in Chicago.

“Hundreds of Chicago residents died alone, behind locked doors and sealed windows, out of contact with friends, family, and neighbors, unassisted by public agencies or community groups. There’s nothing natural about that. The death toll was the result of distinct dangers in Chicago’s social environment: an increased population of isolated seniors who live and die alone; the culture of fear that makes city dwellers reluctant to trust their neighbors or, sometimes, even leave their houses; the abandonment of neighborhoods by businesses, service providers, and most residents, leaving only the most precarious behind; and the isolation and insecurity of single room occupancy dwellings and other last-ditch low-income housing. None of these common urban conditions show up as causes of death in the medical autopsies or political reports that establish the official record for the heat disaster.”

I write these words on May 28th, holed up at home along with so many, not knowing when this will end and how many people will have died. But when you read the numbers, beware of blaming coronavirus too much. The French Jewish Existentialist philosopher Emmanuel Levinas once wrote, “The adult God is revealed through the void of the child’s heaven,” by which I think he meant that a child holds God responsible for everything but an adult belief in God makes us more responsible, not less. We discover God as adults when we let go of a childish belief that holds God responsible for everything that happens in the world.

True faith maintains a distinction between God and human beings. Mature religiosity humbly acknowledges viruses which are beyond our control and, on the other hand, unjust societal structures which are not. How many people died not of COVID-19 but because hourly workers lacked paid medical leave, forcing them to work and further spreading the virus? It is a lie to blame every death on the virus. It is not more pious to blame God for every death from COVID-19 and in doing so, to use faith as an excuse for moral societal failures.

Pharaoh says about himself, “The Nile is mine, I made [it] myself” (Ezekiel 29:3). Pharaoh claims 1) he is god and 2) solely he is responsible for the world. Pharaoh makes of himself an idol. Judaism’s battle against idolatry is not some ancient fight against wrong incorrect belief in worshiping statues; it is a conflict between human passivity and responsibility. It is a struggle over whether everything is pre-determined by fate or whether human beings have power and responsibility for the world; over whether our actions are meaningless because everything is doomed or whether we can make a difference because there is hope. God says to Pharaoh and every false god who claims lordship for itself, “No, I made the world, and you, human beings, are now My co-creators. You are created in My image. You are responsible, like Me, for creating a world of justice.”

Do not ask about COVID-19, “How could God permit/do/create such a terrible thing?” Ask instead, “What kind of society have we created that let so many people get sick and die, especially the elderly and vulnerable?” Cry out not “Where was God?!” but “How does our country have so much wealth yet, in the midst of the crisis, lacked masks and gloves, and ventilators and adequate testing?”

I believe this will end. Though I don’t know how soon or when, I believe some combination of “the virus will taper off” and/or “we will find a vaccine or medicines” so that normal life will return, if not by the time you read these words, then soon, speedily in our days. But that respite should not excuse our failings or let us breathe too easily a sigh of moral relief. May God bless us to look back both with gratitude that the darkest days are over and with conviction to do more and better as God’s co-creators of the world.

This piece was inspired by a shiur given by Mijal Bitton to the Shalom Hartman Institute RLI VII cohort in the early days of the coronavirus quarantine.

About the Author
Daniel Greyber is rabbi at Beth El Synagogue in Durham, NC and author of Faith Unravels: A Rabbi's Struggle With Grief and God. He is currently a fellow in the seventh cohort of the Rabbinic Leadership Initiative of the Shalom Hartman Institute and his articles have been featured in a wide range of Jewish publications.
Related Topics
Related Posts
Comments