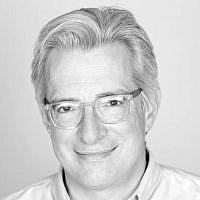 The Blogs
Daniel A. Weiner
A Northwest rabbi living the dream
Apply for a Blog
Advertisement
Please note that the posts on The Blogs are contributed by third parties. The opinions, facts and any media content in them are presented solely by the authors, and neither The Times of Israel nor its partners assume any responsibility for them. Please contact us in case of abuse. In case of abuse,
Report this post. 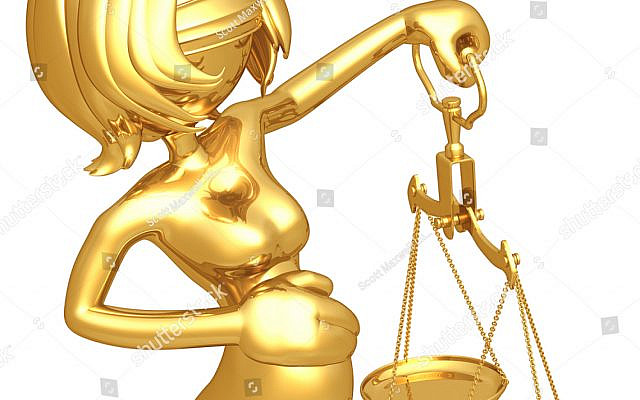 If justice could bear the controversy

An old but insightful joke: Two parties approach a rabbi to resolve their dispute. After the first states her case, the rabbi exclaims, “You are right!” The second party objects and passionately offers a counter argument. The rabbi responds again, “You are right!”  The rabbi’s wife (always a source of humbling wisdom) chides her husband, “My dear, they cannot both be right.” To which the rabbi responds: “And you are also right.”

Is this merely a snarky critique of rabbinic legalism, or an outright pandering to please everyone?  Or is it a realistic concession to the myriad gray areas that cloak our debates around ethical concerns—particularly those that are most fraught and controversial.  The recent resurgence of the abortion issue in the aftermath of the Supreme Court leak and imminent ruling has sent the usual suspects into our well-worn corners of tribal conflict.  Much of the rationale and justification for these stances is rooted in religious principles and interpretation of sacred scripture.  And yet, despite the current cultural preference for binary divisions into the simplistic extremes of my view=good and your view=evil, many faith-based sources on this issue provide far less certainty and far fewer absolutes than their believers contend.

One of the challenges to employing religious underpinnings for policy debates is that proponents of each side tend to seek texts that justify their view, often twisting sacred wisdom to serve polemical ends. The pro-life camp, mostly populated by Catholics and Evangelicals, asserts the doctrine of life beginning at conception.  At the risk of commenting outside of my tradition, a cursory Googling reveals that the origins of this Catholic view emerged not from the ancient words of Jesus, but from a 19th century papal decree.  And the evolution toward a more extreme aversion to abortion has an even more recent provenance for Evangelicals.   The intensity of need for an unqualified insistence upon viewing the fetus as equal to the mother, even in cases of rape, incest, or danger to the woman, is borne more from the prevailing cultural winds than millennia-old theology.

The pro-choice camp, which encompasses most mainline Protestant and Jewish communities, often gleans interpretations of texts that permit a wider latitude for abortion on demand than can be reasonably argued.  For example, my tradition interprets a famous passage from the Book of Exodus detailing the penalty for engaging in a fight in which a fetus is lost as requiring monetary compensation as opposed to the death of the perpetrator.  Thus, fetal life seems to be less costly than established life.  Later rabbinic commentary asserts that a fetus “is not a life” until the act of birth, when a greater portion of the baby has emerged from the womb.  Until that time, the life of the mother is paramount, and the imperiling fetus, regarded as a “pursuer” for harm, can be destroyed to save her.

Yet is important to remember that these sources emerged from a time of frequent infant and maternal mortality, so much so that in Jewish tradition a child is not considered fully warranting of mourning rites until it has survived for 30 days. In extrapolating the rabbis’ rationale that birth is tantamount to viability, today’s medical advances that enable viability at 23 weeks could be understood to require equal protection after that early period. Thus, it would be disingenuous at best, deceptive at worst, to assert that the spirit of these Jewish texts supports abortion on demand or views the near-term fetus as little more than an appendage that can be amputated at will.

And herein lies the most troubling concern about attempts to overturn Roe and Casey:   These rulings were judicious and balanced attempts at forging a compromise between the well-being of the mother and the inherent value of a fetus as life-in-potential while gestating, a fully embodied person warranting protection once it can survive outside the womb.  On its face, even liberal lions like Ruth Bader Ginsberg decried the legal reasoning behind Roe/Casey as providing an untenable basis for securing women’s reproductive choice.  And yet their parameters, providing freedom of choice in the first trimester and greater regulation after, were a thoughtful approach to reconciling the cherished values of opposing constituencies.  The ideal would be to ground this ruling more firmly in the Equal Protection Clause of the 14th Amendment. But as we well know, the current political climate renders such Solomonic reasoning impossible.

While the overturning of Roe will only add rocket fuel to the fires of polarization that afflict us, perhaps the silent majority of moderation that encompasses most outside the beltway and off of Twitter could use this critical moment to turn the tide of irreconcilable differences into a call to compromise.  For compromise is not a concession of fundamental principle but an acknowledgment of the merits of other’s creeds—not a betrayal of one’s values, but an affirmation of the decent intentions of those with whom we disagree.

Yes, there are strident pro-life idealogues who seek to constrain women’s lives out of misogyny, and pro-choice advocates who take a cavalier approach to termination as a form of birth control.  And there is a distinct circle in hell for cynical politicians who lack any principle other than the pursuit of power by appealing to their base through leveraging its worst inclinations.  But these are fringe views that bely the authentic and valid convictions on both sides of this divide.

Jewish tradition does not shy from debate, but rather looks at it as necessary, even preferable, in pursuit of a synthetic truth that transcends the perspective of any single individual or group.  These “debates for the sake of heaven” often result in a compromise that does not completely satisfy either side, but rather preserves the cohesion of the community so that it may endure.  May our nation continue this debate as dialogue, with a hope not for political victory and the vanquishing of our enemies, but for a reconciliation rooted in a recognition of the dignity and divinity that adheres to all.

About the Author
Senior Rabbi Daniel Weiner believes passionately in building Judaism for the 21st century and in healing the world through social justice. Temple De Hirsch Sinai has grown to more than 5000 members and 1,600 families in two campuses in Seattle and Bellevue since he took charge in 2001. He has served congregations in Baltimore, Maryland and Harrisburg, Pennsylvania. His innovations in worship include producing “rabcasts” on video, streaming services on the internet, and leading a rock band in popular Rock Shabbat services.
Related Topics
Related Posts