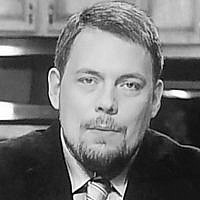 The Blogs
Gregg Roman
Apply for a Blog
Please note that the posts on The Blogs are contributed by third parties. The opinions, facts and any media content in them are presented solely by the authors, and neither The Times of Israel nor its partners assume any responsibility for them. Please contact us in case of abuse. In case of abuse,
Report this post.

Although WikiLeaks has yet to release any hacked documents from President-elect Trump’s campaign or transition team, once the Donald becomes president you can bet Julian Assange will empty his vaults.  When he does, don’t be surprised to find something on American Middle East policy along the lines of the following:

In case you don’t recognize the name, I’m kind of a big deal. During the Clinton administration, I served as senior director for Near East and South Asian affairs at the National Security Council (1993-1995), twice as ambassador to Israel (1995-1997, 2000-2001), and as assistant secretary of state for Near Eastern affairs in the U.S. Department of State (1997-2000).  In 2013-2014, I served as the Obama administration’s special envoy for Israeli-Palestinian negotiations.

I’m an expert on peace initiatives the way Joan Collins was an expert on marriages — I’ve been involved in five of them. So listen up.

Yeah, I know. Staffers over at State say I’ve been repeatedly wrong about stuff. They’re never going to let me forget my September 2010 email to senior State Department Mideast officials George Mitchell and Jeffrey Feltman, subsequently forwarded to Secretary of State Hillary Clinton and released publicly by FOIA request, assuring them that settlements are a “marginal concern” issue to a “large majority” of Israelis.  Whoops on that one.

And yes, it’s true that most Israelis can’t stand me.  But blame their unscrupulous media for that one.  When I spoke on condition of anonymity to Yedioth Aharonoth columnist Nahum Barnea in May 2014 and blamed Israel in harsh terms that appeared to justify Palestinian violence, I naively assumed that no one would find out – that’s how it always worked for me in the past.

And about that incident days later at the Ritz Carlton in Washington, DC, when my staff and I were overheard at the hotel bar lambasting Israeli officials in “nasty” terms for 30 minutes without mentioning “a single wrong thing the Palestinians had done,” it was a rough week – and it’s not my fault that reporters no longer have decency to ignore my after-hours musings.

Anyway, after a few years back in the warm bosom of the Brookings Institute, I’m refreshed and ready to return to government, and eager to think of ways to put your ideas into action.  After hearing that you plan to move our embassy in Israel to Jerusalem, I penned a New York Times op-ed advising you to also announce plans to establish our embassy for a future Palestinian state in Jerusalem as well.

How is that going to “mov[e] the Israeli-Palestinian peace process forward,” as my article claims?

You’re asking the wrong question. The question you should be asking, as Obama aide Ben Rhodes put it when speaking to reporters after the passage of UN Security Council Resolution 2334 last month, is “where is the evidence that not doing this” will bring results?

Think on that and call me.

About the Author
Gregg Roman is Director of the Middle East Forum, a research center headquartered in Philadelphia, Pennsylvania.
Comments