The Blogs
Abraham H. Foxman
Apply for a Blog
Advertisement
Please note that the posts on The Blogs are contributed by third parties. The opinions, facts and any media content in them are presented solely by the authors, and neither The Times of Israel nor its partners assume any responsibility for them. Please contact us in case of abuse. In case of abuse,
Report this post. 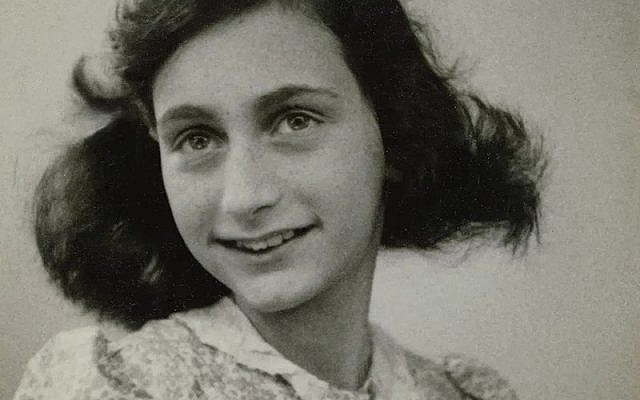 “I’m honest and tell people right to their faces what I think, even when it’s not very flattering,” wrote Anne Frank, in a diary entry dated February 23, 1944, fewer than six months before Nazis captured the 15-year-old and her family.

In the spirit of Anne’s unshakable honesty, it is time to tell the not-very-flattering truth about new, much-heralded research which claims that the Dutch diarist and her family were betrayed to the Nazis by a prominent Amsterdam Jew. This claim is a dangerous falsehood.

The question of who gave up the Franks while they were hiding in their annex has long been the focus of historians. While a definitive answer has never been agreed upon, several Dutch individuals have been identified as possibilities.

“The Betrayal of Anne Frank” — a new book published in January in the Netherlands and the US — advances a sensationalist answer to the same question: that the capture of the Frank family and their deportation to Nazi concentration camps, was the direct result  of the actions of a notary named Arnold van den Bergh, a member of the Nazi-appointed Jewish Council in Amsterdam, who died after the war, in 1950.

In other words, Anne Frank — arguably the most known individual among the six million Jews exterminated by the Nazis — met her fate because of another Jew.

No doubt the “cold case” investigative team behind this study, led by the Dutch filmmaker, Thijs Bayens, and authored by the Canadian writer, Rosemary Sullivan, understood that such a revelation would result in major soul-searching about where culpability for the Holocaust’s atrocities ultimately lies. The claim about van den Bergh has also been a generous “gift” to conspiracy theorists and ultranationalists in Europe and North America who (assuming they concede that the Holocaust occurred) depict the Holocaust as an exclusively German campaign of systemic killing that targeted all of Europe’s occupied populations, all the while reframing that the distinctive sufferings of Jews and the widespread collaboration of non-Jews have been disproportionately emphasized.

The real headline should be that the team that carried out the study has admitted that they do not possess the “smoking gun” that would convict van den Bergh beyond doubt — a list of Jews and their in-hiding addresses that was supposedly kept at the Amsterdam Jewish Council that might have come into his possession. Leading Dutch historians of the Holocaust doubt that such a list ever existed.

According to the research team, Jewish inmates of the Westerbork transit camp in the north of Holland sent letters to their relatives via the Jewish Council. Some of these letters were destined for Jews camped out in hiding places, thereby inadvertently providing Council officials with a list of addresses wanted by the Nazis. Yet, according to the leading expert on the Jewish Council in the Netherlands, Dr. Bart van der Boom, the letters were not sent through the Council, but directly to the recipients via the camp’s censors.

Additionally, according to the historian Petra van den Boomgaard of the University of Utrecht, van den Bergh had himself already been hiding in the village of Laaren, a short distance from Amsterdam, for several months when the Franks were arrested.

Other historians have dismissed the claim about van den Bergh in similar fashion. According to John Goldsmith, the president of the foundation created by Otto Frank after the war, the research “contributes not to uncovering the truth but to confusion, and in addition it is full of errors.” Johannes Houwink ten Cate, a historian at the University of Amsterdam, called attention to the fact that the Jewish Council was no longer in existence by the time the Franks were captured.

Given the near-universal panning of the team’s conclusions by Holocaust experts, it is puzzling that the book’s contents are still being taken seriously here in the United States — specially given that the backlash has already started in Europe.

Unfortunately, that is not the case here in the United States, where the false claim about van den Bergh has so far won great publicity. The blame for that lies squarely with two influential media entities: publisher HarperCollins, which produced the English-language edition of the book, and 60 Minutes, which broadcast a lengthy, sympathetic segment upon publication.

The cavalier attitude to historical detail is evident in the 60 Minutes report, which misrepresented van den Bergh as an opportunist and chose to ignore the fact that he, too, was in hiding when the Franks’ were discovered.

“Arnold van den Bergh was a prominent Jewish businessman with a wife and kids in Amsterdam,” reporter Jon Wertheim said. “After the invasion, he served on the Jewish Council, a body the Nazis set up, nefariously, to carry out their policies within the Jewish community. In exchange for doing the Nazis’ bidding, members might be spared the gas chambers.” A former FBI investigator working with the team, Vince Pankoke, speculated even more outlandishly. “When van den Bergh lost all his series of protections exempting him from having to go to the camps, he had to provide something valuable to the Nazis that he’d had contact with to let him and his wife at that time stay safe,” Pankoke asserted — like Wertheim, neglecting to mention that van den Bergh was already hiding.

Interviewed in the same segment, the filmmaker Bayens told Wertheim it was his “hope” that — in Wertheim’s words — “people around the world are gonna be uncomfortable with the idea that a Jew betrayed another Jew.” Why was this his hope? Because, he said, it would prove “how bizarre the Nazi regime really operated, and how they brought people to do these terrible things.”

In carrying out the mass extermination of Jewish populations, the Nazis demonstrated extraordinary ruthlessness alongside the obsessive antisemitism that formed the basis of their worldview. But “bizarre” is not a word I would choose to describe their operations.

National Socialism was, in fact, a stark 12-year catastrophe that decimated Europe and changed the world beyond recognition, in the name of fighting a global Jewish conspiracy on behalf of the so-called “Aryan race.” This was the framework that enabled the Nazis and their endemic collaborators — in Holland, in Poland, in France, in Hungary, in Greece and many other countries — to round up and deport their Jewish populations.

It is worth remembering that without fake history, there would be no fake news; lies about the present are far more persuasive when they are built upon lies about the past. In the nearly 80 years since the Holocaust, there have been countless efforts made to deny and distort the Nazi genocide of the Jews. Soviet and Arab propaganda has held that it was “Zionists” who were truly responsible, while more recently, the new crop of ultranationalist politicians in Eastern Europe advocates legal sanctions against historians who examine the widespread collaboration between the Germans and the occupied populations. Now, shamefully, we have respected Western media outlets playing the same game.

CBS owes its viewers an apology for broadcasting the false claim about van den Bergh without so much as a challenge. What they presented, in fact, is an insidious variation on the blood libel: that a crafty, self-interested Jew gave up the Franks to save his own skin. HarperCollins, for its part, needs to follow the example of its European partners by withdrawing the book from stores and online vendors. Nothing less can suffice.

Abraham H. Foxman survived the Holocaust as a hidden child in Poland and served as national director of The Anti-Defamation League from 1987 to 2015.